It's etched in your DNA

Going right back to my earliest memories, as a very young child, having moved from Chiswick to Hemel Hempstead in 1959, I knew that natural history was something to which I was drawn. Dad calling, upstairs, that a Barn Owl had just landed on the fence and looking out from my bedroom window as the ghostly white bird just stared back, through those huge eyes, set in a heart-shaped mask, from the garden fence! No 27, Coleshill, Gadebridge. There were Weasels, Stoats, and Grey Squirrels in the wide open spaces of Gadebridge Park. By 1963 I was already fishing, using rod and line, for minnows in The River Gade. Yes, being aware of the creatures which share the same space is something for which I will always be grateful. It is a fascination which has taken me along a wondrous road of discovery and amazement as my own life has evolved since those very lowly beginnings. Yet my journey, as unique as, by definition, it has to be, isn't one that sets me apart? Instead, I feel, it is mirrored by those of so many unknown souls with whom I collide whilst actively engaged in my blogging across an incomprehendable vastness that is the cyber network. It's obvious that not everyone will have been as obsessed by the lunatic fringe of "speccy hunting", UK twitching and/or county listing, but the desire to push boundaries in a quest for self development as an observer/participant will have manifest itself in so many other fields of interest within the massive scope encompassed by involvement with our natural history. 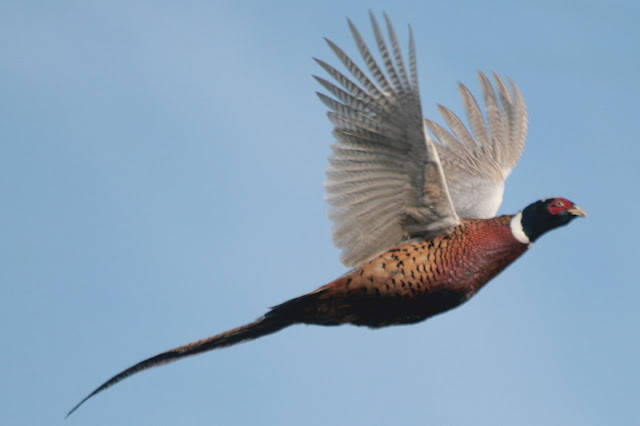 It is not my purpose to defend fieldsports, yet as an angler I'm on the fringe of a whole side of exploiting the natural world which, to other equally valid opinions, is abhorrent. I'm fine with this difference of opinion and have my own thoughts on many aspects of country pursuits which I'm unable to defend. What I find so strange is that some of the most gifted naturalists I've ever encountered have been from the hunting, shooting, fishing fraternity - one of them a gamekeeper! Strange how the same subject matter can result in such polar opposite ways of deriving pleasure from the same journey as we seek to enjoy the time spent outdoors.
So whilst I support the conservationists and their agendas, in as much as I agree with a need for bio-diversity and associated wild spaces, the guys who chose a very different route also crave a very similar vision of how the countryside should evolve. Let's be under no illusion that the UK looks like it does because of natural causes! It is an entirely man-made landscape and the wildlife which shares these spaces is purely a result of the habitat produced as a result of human endeavours over the eons as we have sought to create a civilised society. Why now, why these thoughts? Too much time and very little going on around the garden! I did manage another addition yesterday.