#BWKm0 - I never expected that

Working in the chemical manufacturing business, ink to you and me, has meant that the Covid-19 pandemic has a much lesser impact upon my daily routine than if I was forced to work from home or furloughed. Because I was on earlies last week, my garden listing was severely restricted and, as a result, only one new species made an appearance. When I finally left work on Friday lunchtime, the weather was already on a downward spiral as cold winds and rain became the reality. Up reasonably early on Saturday morning, my reward came in the shape of a Grey Heron being pursued, noisily, by an angry mob of Herring Gulls. However, my hoped for vis mig failed to materialise and I was left to ponder what might be happening elsewhere?
52 - Grey Heron - not unexpected, though never regular at this time of year.

It dawned bright, yet cold, this morning. The sun shining from a clearing sky, but a brisk ENE wind ensured it felt chilly as I stood outside, first coffee in my hands. A Chiffchaff was singing from a garden just to the south and I noted three Swallows flick past as they headed towards their breeding sites, who knows where? Coffee number two and three were consumed, as was a sausage sandwich, and I didn't hold out much hope. One of the local Common Buzzards drifted over the farm and prolonged scanning through the binos revealed a total of four Sparrowhawks around the area. It was now 11.25 hrs and I'd just finished chatting with Mike, my next door neighbour, socially distancing over the garden fence when the gulls went up. Not a lot of noise, but they certainly weren't happy about something?
It wasn't long before I picked out the familiar shape of an approaching Common Buzzard, surely the gulls hadn't reacted en mass due to this? As I watched, through my bins, a second bird appeared and with it alarm bells started ringing in my head. It's got a white tail, bloody hell, it's got a pale head and a dark belly - isolated carpal patches - F*cking Hell it's a Rough-legged Buzzard!! Always distant, I grabbed the camera and fired off a series of shots which, I hoped, might confirm my id. The two birds continued on their steady way, headed into the wind and disappeared off to the NE with me a gibbering wreck looking at the pathetic images I'd managed, on the back of the camera. I rushed into my study and downloaded the camera then rang my brother, Simon, with the news. I was physically shaking, just like I do when I land a decent fish. Only those who share this passion will be able to understand how I felt? Not only was it a garden, therefore patch, tick it is everything that this laid back challenge stands for. A positive during a period of such negativity and I am going to savour this experience for some time to come unless, of course, something else turns up tomorrow? 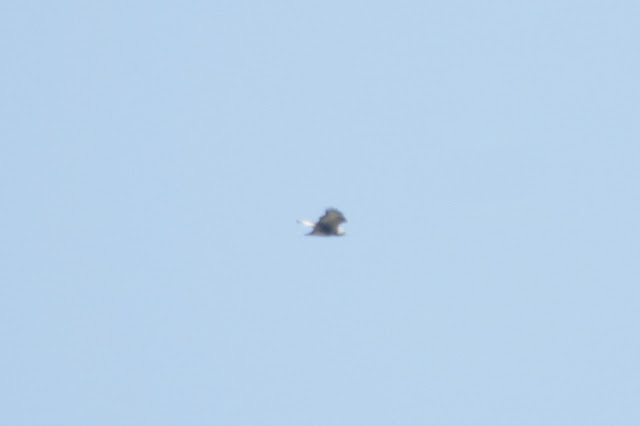 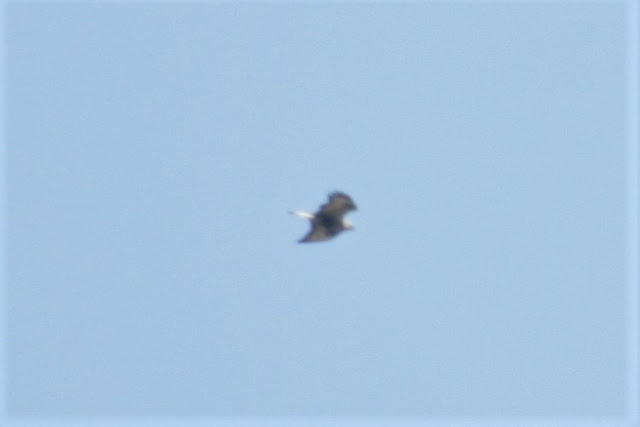 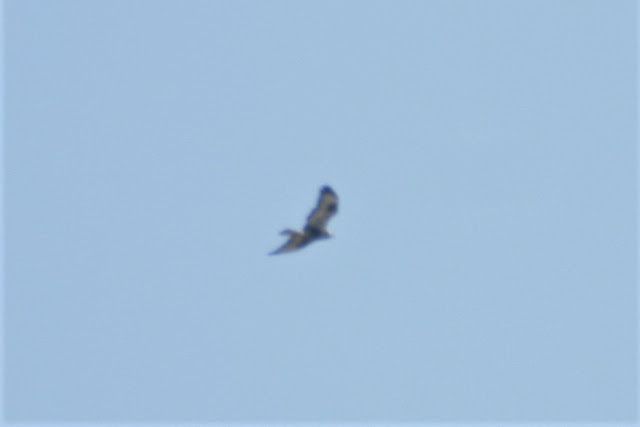