It's been an absolutely stunning day here, on Thanet. I'm not quite sure how the BBC get their weather info but, 13C isn't what it felt like in the garden in the direct sunshine with little, or no, breeze. I was late outside due, in some part, to staying up, last night, attempting to get some hedgehog photos.

It was 07.45 hrs before I got myself sorted out and almost immediately I spotted a Chiffchaff collecting nesting material from around the base of the bird bath. The male singing from the Cherry tree a couple of gardens to the south (where I'd photographed the Whitethroat). Although Chiffchaffs have bred around the Newlands Farm patch, in previous years, this is the first time I've been aware of them attempting to nest along the Vine Close boundary. 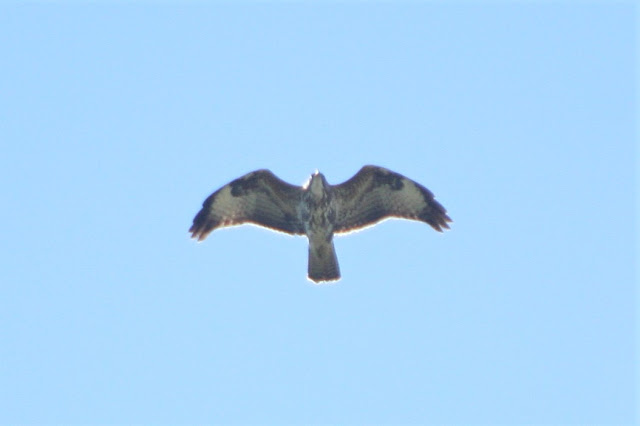 The mewing calls of Common Buzzard are now a daily feature of spending time outside. The pair which have taken up residence around the farm compound seem set to stick around. This morning I witnessed a display which I've never previously seen when the male, I presume, was sky dancing over the farm clutching a stick. As the day progressed, so Newlands airspace was occupied by a number of migrant Buzzards and the resident pair weren't best happy. It was nice to be able to stand and watch the interaction between the birds. Once the interlopers had been escorted off site, the resident pair engaged in noisy sky dancing before they returned to their territory. I suppose it's because of this enforced "lockdown" situation that I've got time to pay attention to such behavioural nuances? 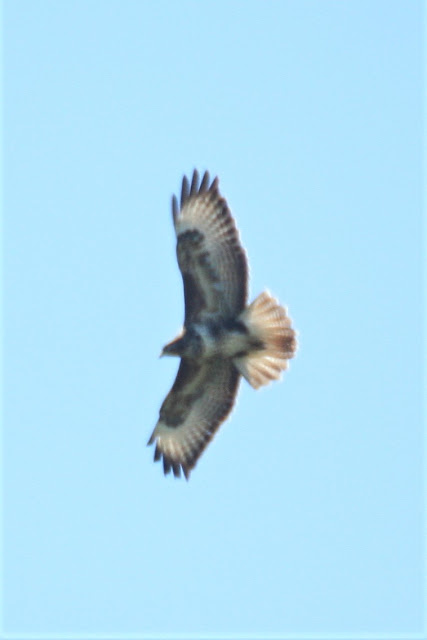 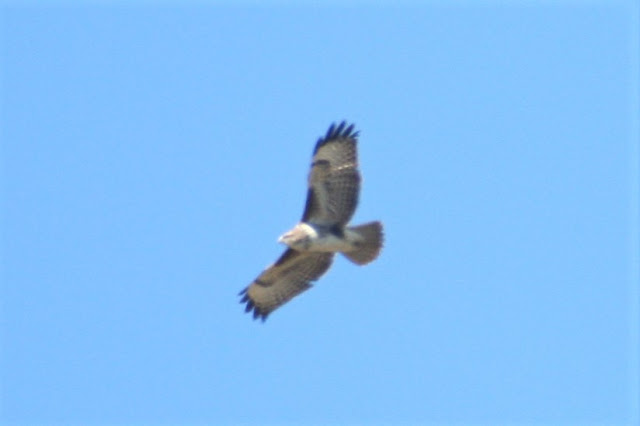 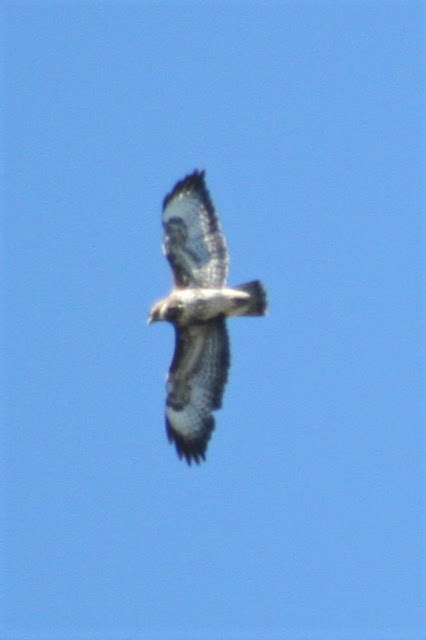 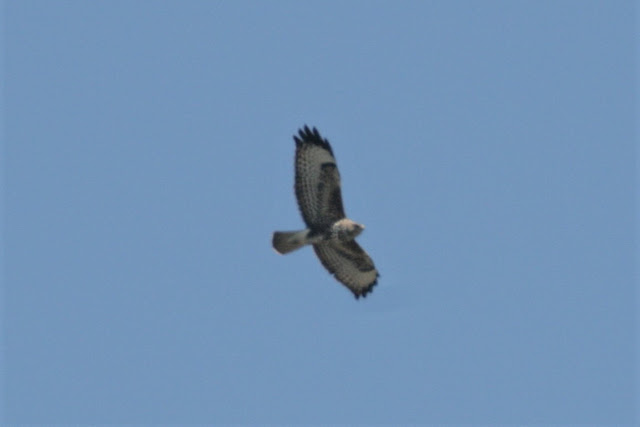 A selection of images taken from the garden today. Common Buzzards are as individual in plumage as finger prints are to humans. Fantastic birds and to have a pair taking up residence so close to the bungalow will ensure I've something to look at during the next few weeks whilst I'm unable to work. Oh yeah! Yesterday I added Common Swift to the garden tally
57 - Common Swift
Posted by Dylan Wrathall at 18:11