Somewhere in Ramsgate lives a lady, with two beautiful daughters, who works in a school and regularly sends photos into the BBC "Weatherwatchers" page. Her name is Kerri Baker and, although we've never met, I'm forever in her debt. I discovered all this info from "Twitter" although I have no account, nor intention of ever signing up. I think it was the weekend of Storm Ciara when the BBC used one of her efforts as a background image for the national weather forecast. It was of a sunset with Ramsgate as the title. I was totally mesmerised by the image as the forecaster rattled off the details of doom and gloom bound for many areas of the UK.
Ramsgate? I'd never seen anything like it. Where had she taken the photo? Two hands, holding an arc of baubles, with the sun setting over Pegwell Bay. Obviously it had to be along the West Cliff and I'd walked past the sculpture hundreds of times without a second glance. Kerri had spotted the image, making the best of her opportunity and produced a magnificent result. Inspired, I was having a bowl full of that, all I required was the weather and my shift pattern to align to allow me the chance to have a go for myself. 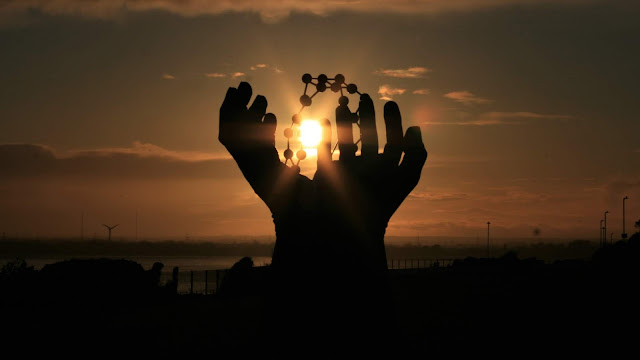 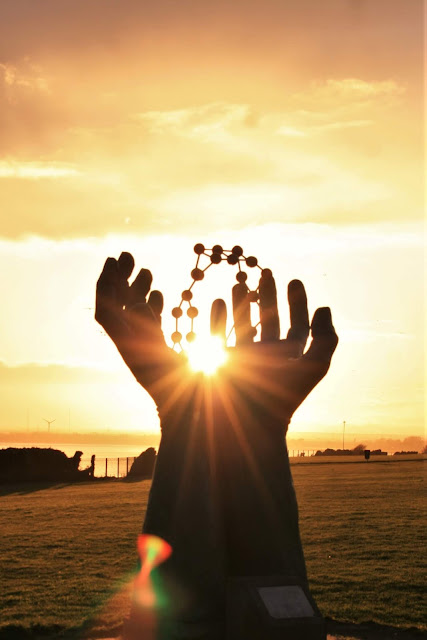 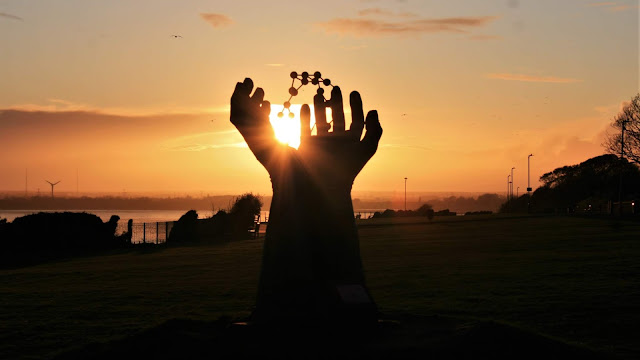 It has taken until today to be able to get across to the West Cliff for a chance to recreate Kerri's image for myself. I wasn't to be disappointed, although a dirty camera sensor didn't assist my effort. As the sun sunk below the horizon, the clearing skies revealed the almost "super moon" high in the skies overhead. So, once back home, had a bash at grabbing some shots of the event, knowing that tomorrow, the night of the full moon, I'd be at work until 22.00 hrs and the forecast was for heavy cloud cover!

Other stuff going on around the bungalow included more rat action beyond the garden fence, a tail-less Magpie and the first chance of a Jay photo. It would seem that there is a major problem with Blogger and the comments option on my blog. I have no explanation, but am hopeful that it will get sorted out. If anyone reading this post actually knows Kerri, please pass on my thanks for the inspirational image she shared - sorry I stole her idea but the original is still the best!