My shift didn't start until 14.00 hrs so I had all morning watching the garden. well it was the least I could do as Boris had so nicely asked me to stay at home unless absolutely necessary! Unbelievably, making digital ink is a key role within these troubled times and, therefore, my job is that of an essential worker. To be perfectly fair, some of our inks are specifically produced for medical and food labelling amongst so many other applications. I would imagine that Covid-19 warning posters are consuming vast amounts of our products as the public awareness program kicks in? So, unless we get instructions to the contrary, I will remain at work so long as my, and Bev's, health does nothing to cause a period of absence due to self-isolation.
It was a very pleasant affair, out in the garden, binoculars, camera and coffee to hand, enjoying the sunshine, just watching the activity around the feeding station and over the farmland beyond our boundary hedge. I ended the morning with five more additions to the BWKm0 total and, even more pleasing, two more species captured for the garden photo challenge, that I'd embarked upon on 1st Jan. I think the most frustrating thing was my inability to nail the id of four passerines (finches/buntings?) which flew east, but to the south of our garden. Not a squeak, nor any plumage features due to the position of the sun, I was left ruing a missed opportunity. Chaffinches being my gut feel, but it don't cut it if I ain't 100%. There'll be others, of that I'm hopeful. So here's a brief summary of what happened to my garden list today.

22 - Jackdaw. Several birds very active around the Vine Close area and I happily took the opportunity to nail a flight shot for my garden 50 photo challenge. 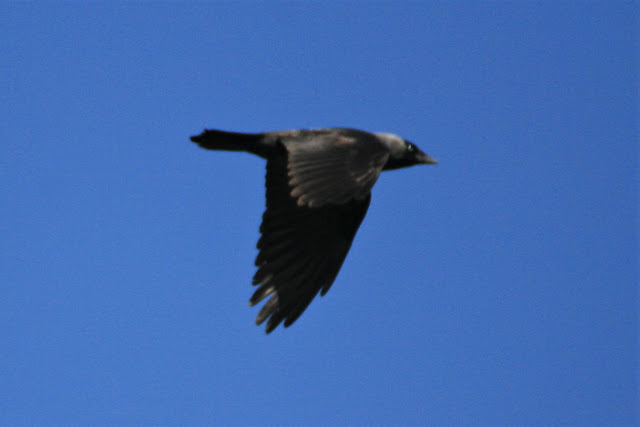 23 - Sparrowhawk. One of the local males soaring and wind dancing above Newlands Farm
24 - Rook. Two birds flew east, calling regularly, but kept low and well out of camera range
25 - Common Buzzard. I recorded four separate individuals during the morning although the commotion around the local gull colonies suggested there may have been many more?

26 - Peregrine. An adult male was seen on two occasions during the morning. Always distant, I rattled off a few record shots as insurance for the garden photo challenge. 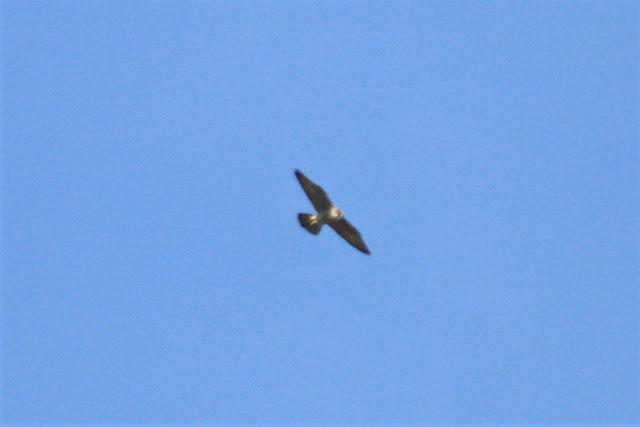 A very enjoyable time spent, for the most part, watching ordinary birds going about their daily routine. If this is the only option available it is going to be as much about learning more about species which are so familiar as to be overlooked in normal circumstances. Apparently Dunnocks lead a rather promiscuous lifestyle, I should have plenty of time to have a look for myself as they are numerous and active around the garden at present. 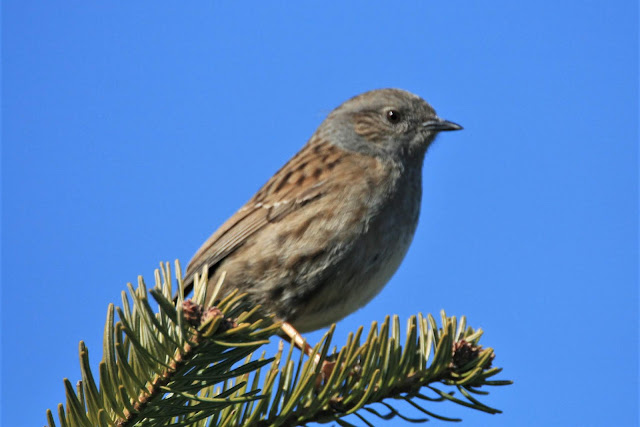