Blast from my birding past

It's 2010 and Kent birding central to my waking hours. Bev and I had been together for a decade and well settled in our bungalow; Thanet now my stomping ground with Newlands Farm my "local patch". Everything in the garden was rosy. I'm not too sure if I could look up the statistics of the time, but know that I was well up in the Kent Listers rankings, certainly in the top twenty five.(The KOS website reveals I'd still be well within the top fifty today if it were important!) I'd been truly privileged to have seen some extraordinary birds within the Kent boundaries, finding many rarities for myself. The further up the list my total progressed, the more obvious it became that Alpine Swift was a proper "tarts tick"; a glaring omission which needed addressing. Indeed, I already seen two, finding one, Pallid Swifts within the county. What was going on? I think that it would be true to say that Alpine Swift were, almost, annual on Thanet? Barry Matlock, Dave Gilbert, Mick Davis, Francis Solley, Simon Mount, et al, will all recall their discoveries as little more than another early Spring morning highlights. Could just have easily been a Serin or Hoopoe that they'd stumbled upon whilst wandering around the Thanet coastal strip. Exciting yes, extraordinary? No way, these Thanet stalwarts have their sights set on much bigger prizes! 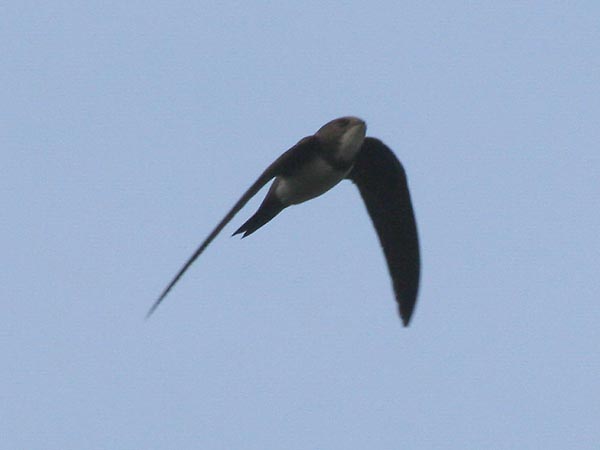 However, everything comes to those who wait, or so the saying goes. It was always going to happen given the amount of time I spent in the field and yet, no matter how many words I use, nothing I write will come close to relaying the unbridled joy and sheer relief that occurred on that fateful afternoon of 29th March 2010. After finishing my early shift I drove across to Elmwood Avenue, parking up just above Joss Bay, probably in the hope of a Wheatear if the truth were known. As soon as I got out of the car I spotted a large swift sp. flying over the adjacent North Foreland Golf Course and knew exactly what it was before I'd even lifted my bins. I can't condone trespassing but, with no-one on the course, I grabbed my camera gear and headed straight over to the "triangle" where I was within fifty metres of the patrol route the bird was using above the fairways. I remember punching the air and shouting something silly - I was absolutely elated, absorbing every emotion that moment produced. I must have spent the best part of an hour just savouring the experience as the bird continued to patrol the airspace, just in the wind shadow of the Port Regis boundary. With my photos taken and Bev needing to be picked up from work, I drove across to Broadstairs grinning like an imbecile. It is events like that which ensure life is so much more than an existence. Sure, I'd seen loads of Alpine Swifts before that date, and have seen many thousands more since yet, somehow, that individual, the ridiculous, random nature of the encounter, just amplifies the memory and elevates a disorientated waif to the highest echelons of my most precious birding moments. 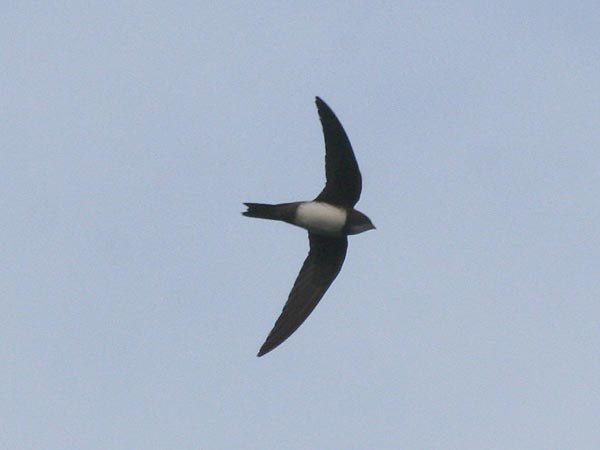 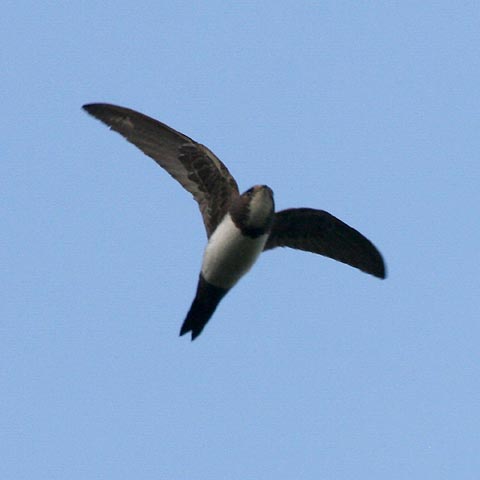 News of the bird's presence was released and, fortunately, it hung around for a couple of days thus allowing others to share in the experience. Less than a month later, down at Minster SF, I was to discover a Red-rumped Swallow as well as a Chiffchaff x Willow Warbler "mixed singer". Birding really was a huge part of my life it seems incredible that one week in Scotland could alter my journey so radically.