For the second consecutive morning, I stood out in the garden, coffee, bins and camera to hand, awaiting the avian events to unfold. Clear blue skies, a gentle breeze, it felt good to be outside, if just a little surreal. I'd fed the birds in the aviary and topped up the feeding station with sunflower hearts and meal worms before 08.30 hrs. so had nearly five hours available before needing to leave for work. Obviously I needed to do other stuff during the morning but, for the most part, I was on station outside watching and waiting. 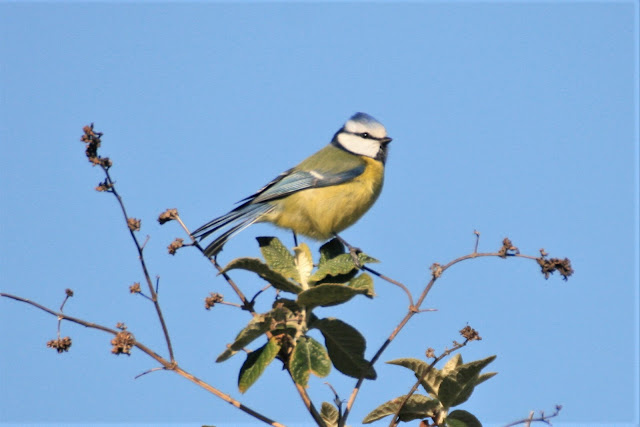 Happily it was well worth the effort as birds were constantly active around the feeders and also in the skies above. The bread and butter species did their best to keep me entertained, yet the birding gods were smiling today and I was spoilt rotten. It's been a very long time since I got so much joy from birding - must be getting soppy in my old age? 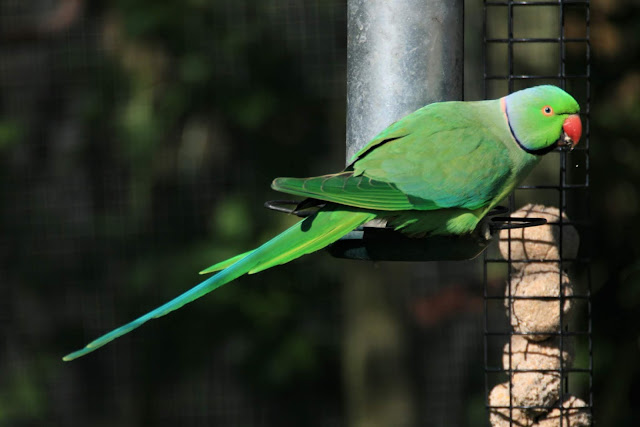 Three more additions to the garden list and one more for the photo challenge - results all round. Conditions were perfect for raptor passage over Thanet, as they have been all week, although the reduction in strength of the easterly wind certainly played a part today. I was only on my second coffee when the local Herring Gulls sounded their alarm and alerted me to the first, of three, Common Buzzards. 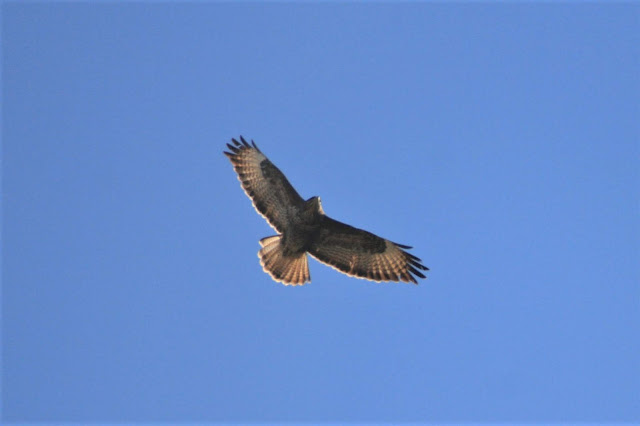 I'd not long finished watching the first Buzzard when the unmistakable, resonating, kronking, sound of a Raven had me focusing the binoculars on a rapidly approaching corvid. Camera quickly pointed in the same direction, I rattled off a series of shots without having time to check any settings. The results are little more than silhouettes, but better than nothing? 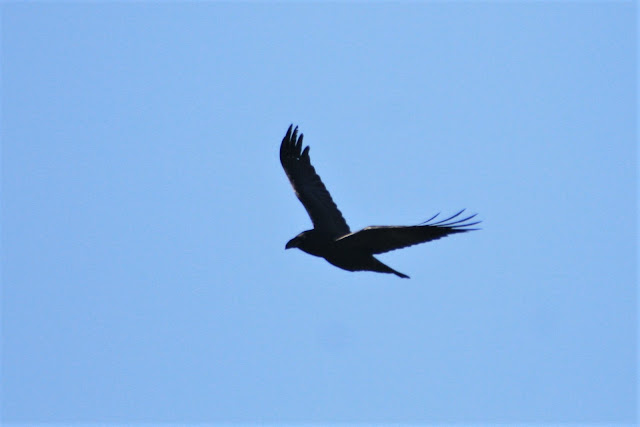 27 - Raven - A garden "mega" being just the third time the species has been recorded from the garden. However, I must add that this is most likely the same individual as was present from Boxing Day 2019 to 6th Jan 2020, around the patch and constituted the second record. 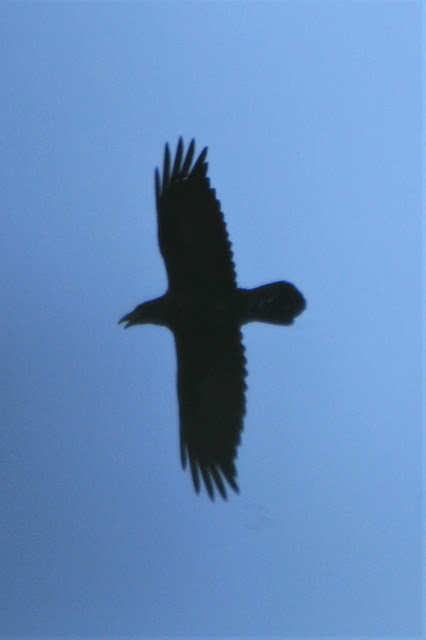 28 - Chaffinch - At last, two groups (three & four) flew over allowing confident id, plus several other occasions when flight calls were heard yet the birds passing unseen in the clear skies overhead.
29 - Red Kite - Two, high drifting east, just before mid-day, were the birds I'd been waiting for. Looking at the bird news from around Kent, during the past few days, Red Kites were obviously moving over the county and it was just a matter of time. 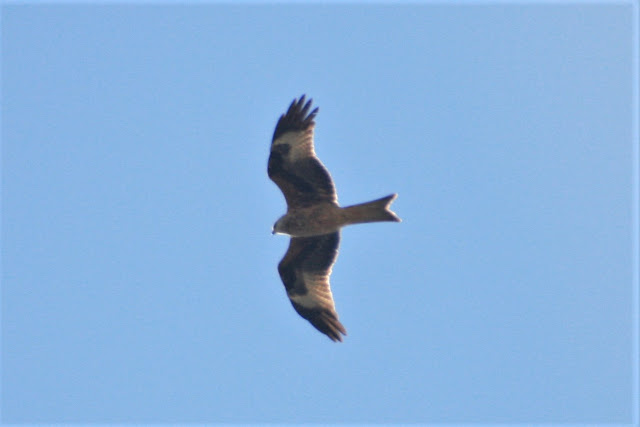 I went to work well happy as only a #BWKm0 "laid back" birder can.