#BWKm0 - a way forward together

Quite how we've gotten to this juncture is due to fear, I guess? Fear of the unknown, fear of losing our grasp on the reality we call "normal life". Jolly old Bojo, the guy who will claim victory in the "Brexit" battle is now completely out of his depth, fighting to retain his political credibility, in a situation which has never been as rapidly changing, even in a war setting. I'll make it quite clear that I don't like the guy, but have to admit he's making a decent fist of it during these unprecedented events., to date.
This hashtag Bird Watching at zero Km stems from Italian birders and has been rapidly adopted by the cyber community as a symbol of solidarity during these troubled times. I believe Twitter to be the place where it is most prominent, yet us bloggers can also play our part. At present I remain at work but, can't believe that digital ink manufacture will be deemed an essential industry and as a result, we will be instructed to close the factory as Government is forced into ever more drastic action as the pandemic takes it's toll on our resources.
I consider myself to be very fortunate, under these circumstances, my garden being central to the majority of my birding since Bev's mum came to live with us, and the resultant restrictions it has imposed upon us both, almost a year ago. My study overlooks our newly turfed back garden and the feeding station, beyond the lawn, attracts a steady stream of visitors during daylight hours, and I've been feeding the local foxes with odd morsels placed upon our new patio area in the dark. If I'm legally told to stay at home, then photographing the foxes will definitely be a project worth following up. I love 'em. The situation with our neighbours rat infestation has now been resolved. Lots of poison involved, which I'm not particularly happy about, and sixteen shot with the trusty .22 - 1959 Webley Mk III underlever.
If we are forced to remain at home, for an extended period, I might even have to start pointing the lenses in the direction of other life forms which inhabit our small footprint. Still won't give a toss as to what they're called, I'll revel in the challenge of  attempting to master the photographic techniques involved in capturing a decent image. 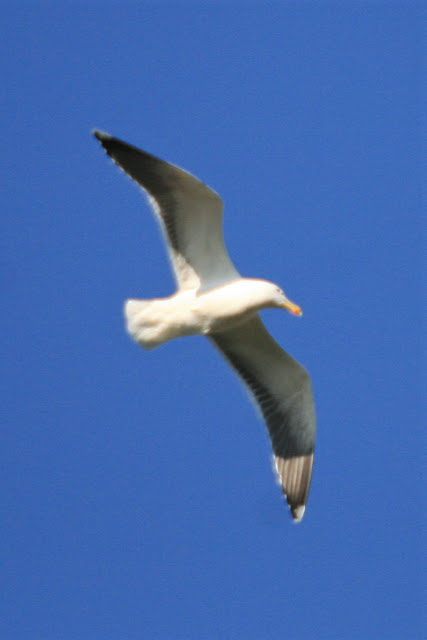 So what's been happening around Vine Close over the weekend? Not a lot, if the truth were told. just odds and sods, as is expected (not hoped for) at this transitional period. The first Kestrel of the year passed over the garden on Saturday morning and I managed to grab a couple of shots of a Lesser Black-back as the Pyson's Road colony starts to reconvene; the birds flying over our garden as they move between nest site and the coast. Odd Chiffchaffs have been seen, although none hanging around for the camera and a group of four Black-headed Gulls moved east very early this morning and seem worthy of note. The most outstanding encounter took place in the yard at Fujifilm on Friday, whilst I was on the phone to Bev. A Firecrest was actively searching for food around a stack of IBC chemical containers, completely oblivious to my presence. How I wish I'd had the camera with me? 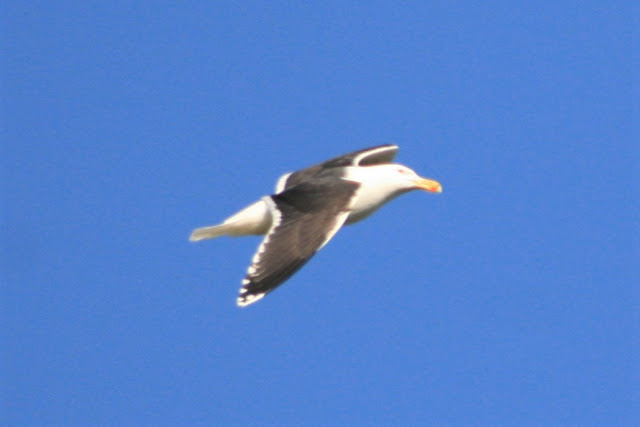