Blogging has been very lax, this past few days due to influences far beyond my usual scope. Being "furloughed" has become a little more bearable because of the demands of finishing off that chapter for Ben Ward's book and, as a bi-product, getting involved with producing a magazine article. Been good fun and taken my mind away from the current lunacy. Hot on the heels of these two projects came news, from the local syndicate coordinator, that fishing could recommence as from 13th May, but with very strict and obvious guidelines in place to ensure we remain within the government's rules.  I'll be watching the weather closely before booking a session, or two, with our bailiff. 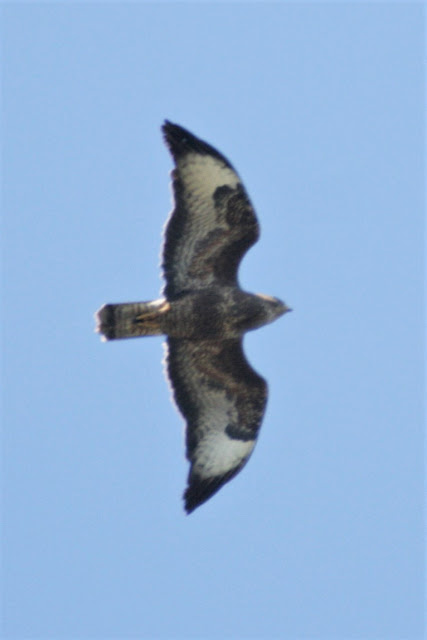 The garden has remained central to all my nature watching and I have to say that here, on the east side of Thanet, it's been rather weird. I've only seen five Red Kites since the start of the "lockdown" others around me are seeing more than that number in a single flock! Common Buzzards, on the other hand, continue to pass overhead in dribs and drabs and, via the prolonged use of my Kowa scope, I have established that, as well as the Newlands birds, there is a second pair holding territory somewhere over towards St. Peter's. 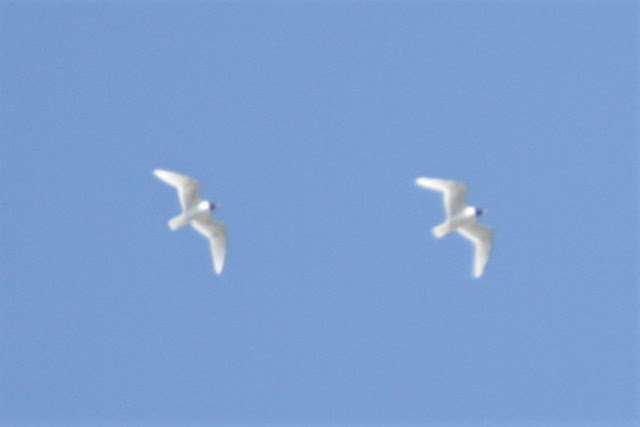 Hirundines and swifts remain very scarce visitors to the airspace above Dumpton, although the blasting NE winds can't be doing much to help the situation. Yesterday I had a flock of fourteen adult Mediterranean Gulls go east, very high over the garden, which are almost certainly the same flock as recorded by Marc Heath earlier in the day at Reculver. I was interested to read Chris Hindle's remark about flooding in The Medway being the, probable, cause due to the loss of nest sites at this large colony. Yesterday also provided me with the sighting of the first brood of, newly fledged, House Sparrows and a rather bold, and very independent, young Robin. All very positive. 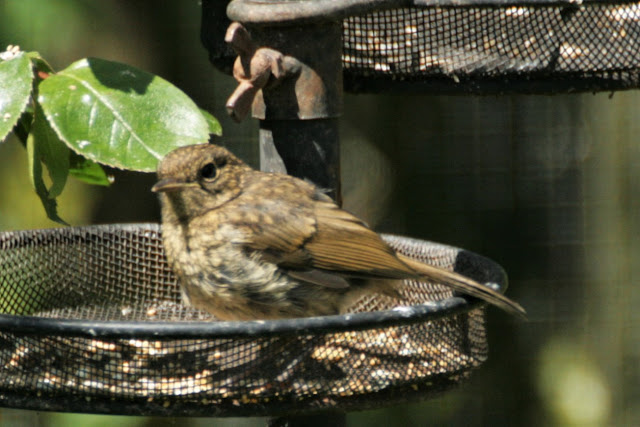 My feeding station is just one of many along the gardens and the local Sparrowhawks treat the situation like a fly through McDonald's! If they miss in one garden, then straight on to the next, no messing about. There are at least three pairs locally, so the alarm calls of the House Sparrows is always a good sign to pick up the camera. A male Kestrel, probably the partner of the female that saw off those two Red Kites last Thursday, has taken to hunting the field margins right behind the garden hedgerow and has become number 44 for the garden photo challenge as a result. 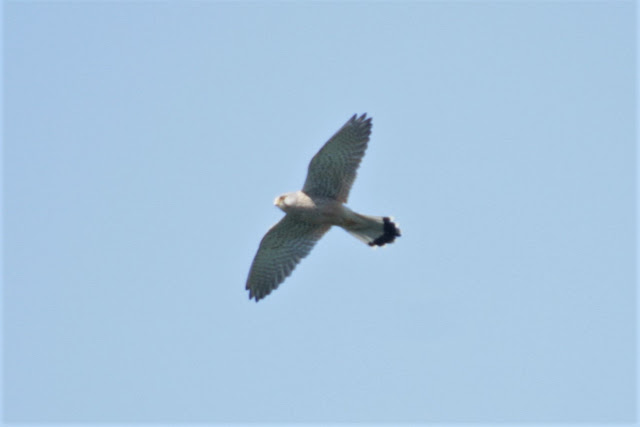 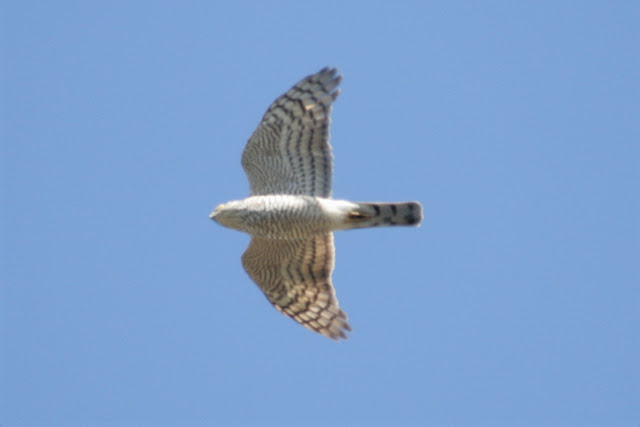 Hedgehogs remain very active, visiting the feeding station each night, but I've not seen, or heard, a fox in some while. The most unexpected sighting has been that of Rose-ringed Parakeets flying in to use the bird bath. I don't know if they are having a drink or collecting water for their young back at the nest sites around Ramsgate Cemetery and beyond? 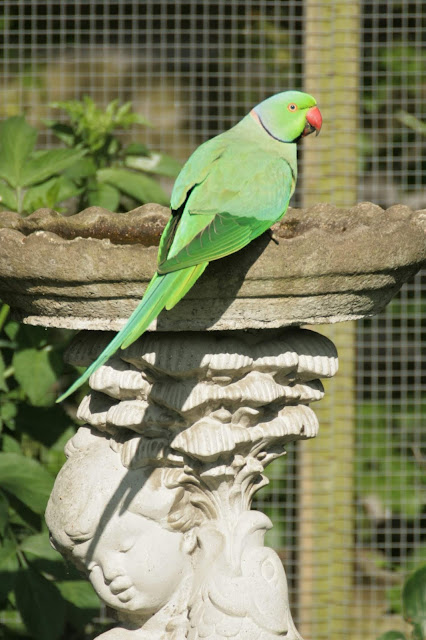 So that's me up to date, now to get them rods out and let's go fishing!
Posted by Dylan Wrathall at 11:46