06.45 hrs, I'm outside, coffee and kit at the ready. It was a fairly dismal daybreak, if the truth were told, but the still conditions bode well? I don't know how long it was before something clicked in my head! There's a Reed Warbler singing somewhere to the south of the garden. Only snippets of quiet sub-song but, yes, there was definitely a Reed Warbler singing!! Insane, surreal, use whatever words come to mind, this was the reality of my situation. I grabbed the long lens and my binos and went for a walk to the end of Vine Close, thus enabling me to wander along the garden hedgerows back to our bungalow and those to the south. The field margin is a massive swathe of Alexanders (Smyrnium olusatrum) and it was within these hidden depths that the bird was secreted.

I failed to get a photo, despite the bird ending up singing in the Elder above my aviary, but enjoyed every minute of the experience. By 08.10 hrs it all went quiet and the bird was gone, I suppose? I've got to be grateful that it was a singing male, as I'd never have spotted a silent female amidst the tangled mass of yellow flowered umbelifers!
I've spent the vast majority of today building my "Hedgehog Hilton" and have to admit that I'm rather pleased with the outcome of my labours. Okay, it wouldn't win any prizes in a joinery competition, but I'm hopeful that the garden Hedgehogs won't be so judgemental? Scrap pallet wood and based upon a design shown on the Wildlife Trusts website, it's now positioned at the far end of the garden, just beyond the feeding station. 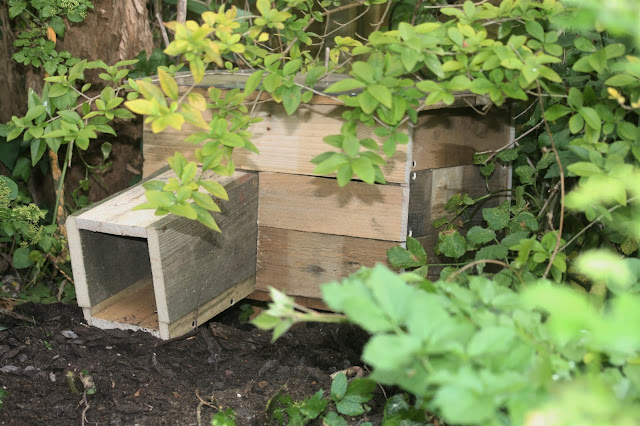 I had the camera kit to hand whilst engaged in this mammoth building project and managed to grab a series of images when a male (local?) Sparrowhawk drifted over the garden. Yesterday I'd grabbed a nice image of one, of three, Goldfinch at the feeders and carried on playing about with the lenses and captured a rather pleasing shot of a hoverfly - sp. 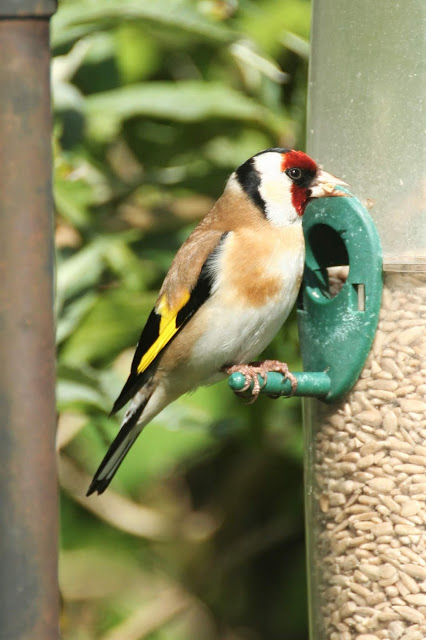 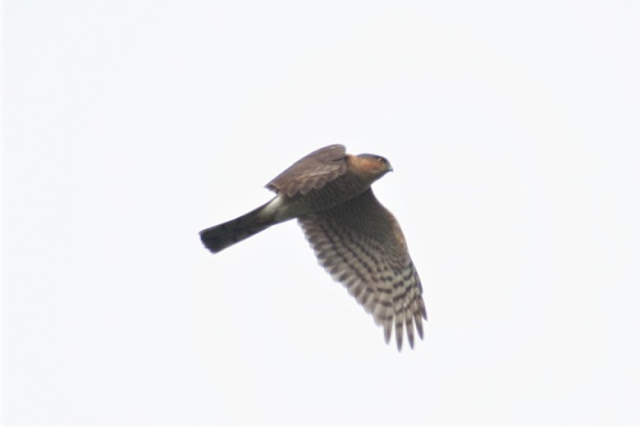 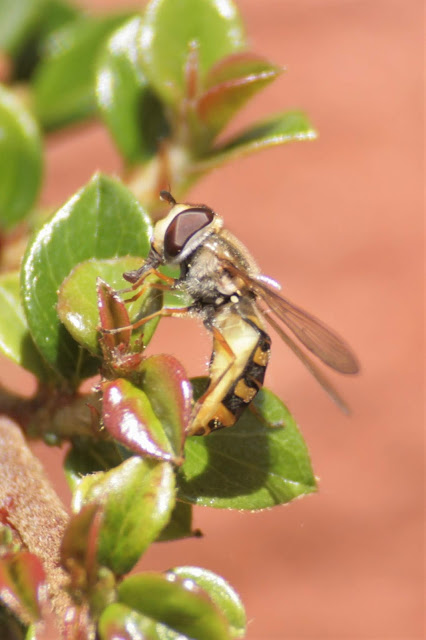 Saddest of all, I even pointed the lens in the direction of a flower! What has my life become? 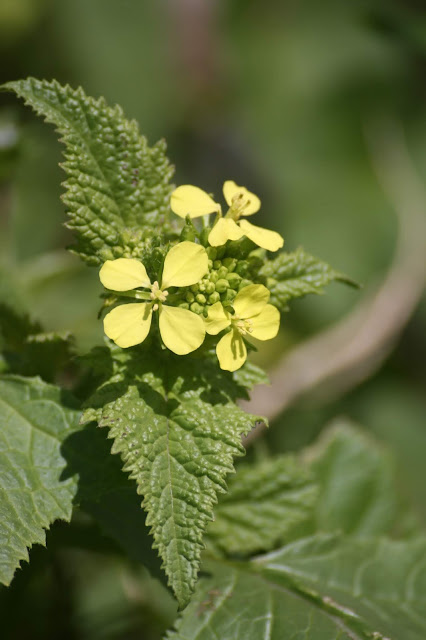 58 - Pied Wagtail - a bird flew through my binocular view as I was watching a migrating Common Buzzard yesterday.
59 - Reed Warbler  - a singing male! Ridiculous.
Posted by Dylan Wrathall at 18:37