Yesterday evening, as I was on my last break of the shift, a micro moth was flying around in the tea room. Much to the amusement of my fellow shift-workers, I potted it up (one of the benefits of having a QC section within our manufacturing area - they use glass vials, ideal moth pots, for Infra - Red colour checks) I knew that it was a new species for me, but that wasn't really what it was about. The four other shift members were also looking at something which they'd never done previously and told them that I would ID it when I got home.

It turned out to be an Argyrestia trifasciata; first discovered in the UK, in London, in 1982 - the first Kent record being 8th May 2000. There are previous (back to 2004?) Thanet records thanks to one Francis Solly - who else?
A couple of new species, for 2015, in the trap this morning; Crambus lathoniellus and Spruce Carpet - both of which were co-operative for the camera. 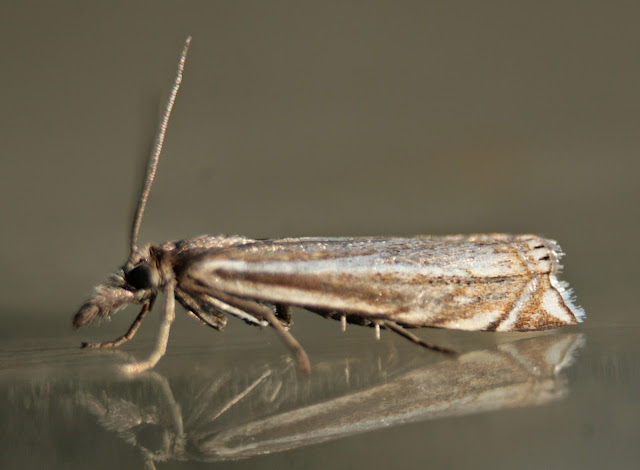 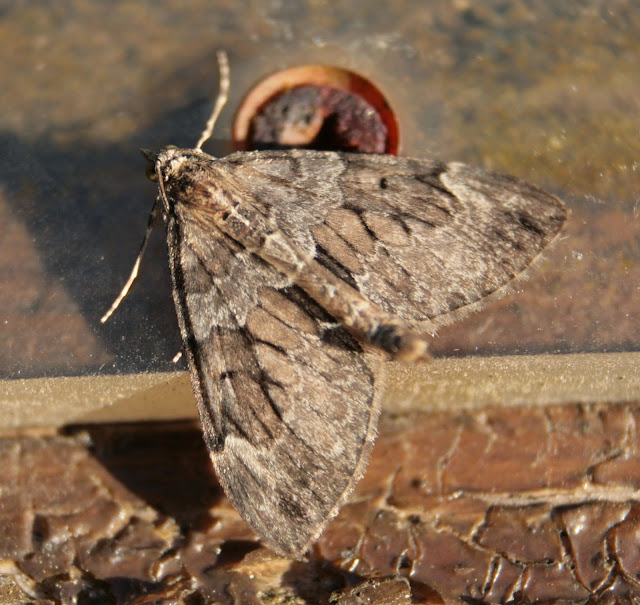 Another pleasant surprise today, was the first fledgling Java Sparrow of the year - a beautiful pied (Grey and Opaline) individual which seems to be doing OK.
Posted by Dylan Wrathall at 09:07