The BBC weather forecast predicted early morning sunshine before the onset of cloudier conditions - I was out of the bungalow just after 06.00 hrs in order to make the most of it. Surprisingly enough, for once, they have got it spot on; looking out of my study window is a very gloomy view!
My quick jaunt around the patch revealed little that I wasn't already aware of. Two, very camera shy, Common Whitethroats have set up territory and Swallows continue to trickle through. I managed to get a shot of a Painted Lady, there being at least three this morning, but no other butterflies were noted. 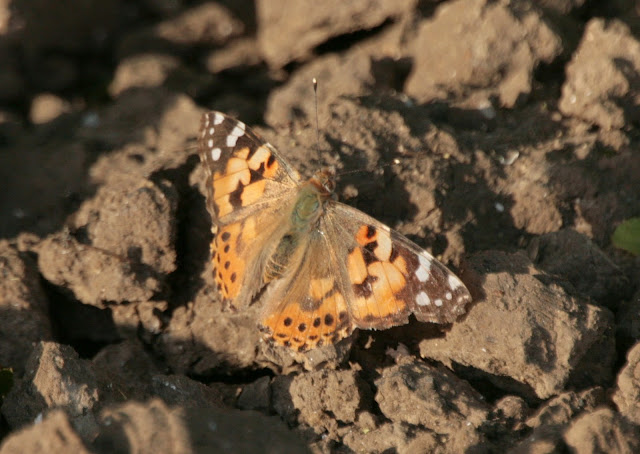 The most obvious species were Greenfinches, singing males "wheezing" from various points around the area. Strangely, perhaps?, they were singing from static positions rather than the, far more dramatic, song flight displays. Is this an indicator of the progression of the seasons, or just the conditions this morning? Something to keep an eye on. 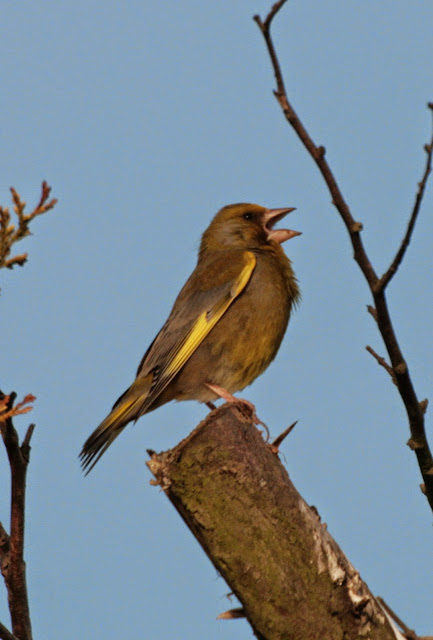