Wednesday dawned bright and still; the forecast was for clear blue skies and warm sunshine, perfect for a Spring Honey Buzzard - thinks I. Nowhere close to my raptor prediction, but a flock of 14, 1st summer, Black-headed Gulls was a very strange sighting. Common Swifts are seen occasionally over Dumpton, yet they seem to remain loyal to the airspace above St. Lukes for the most part.
A Speckled Wood, in the garden, was another addition to my butterfly year-list, which has now just crept into double figures - I should get out more! 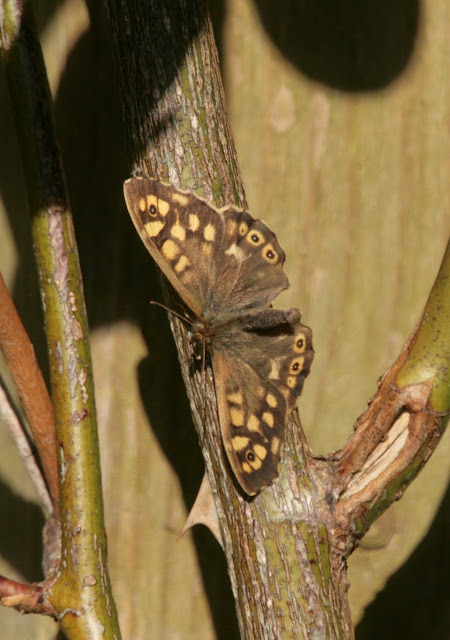 This morning is a complete contrast. Grey skies and a brisk easterly are a precursor to impending rain, so I went out early in an attempt at getting a photo of one, of the two, Common Whitethroats which have taken up territory around Newlands Farm. 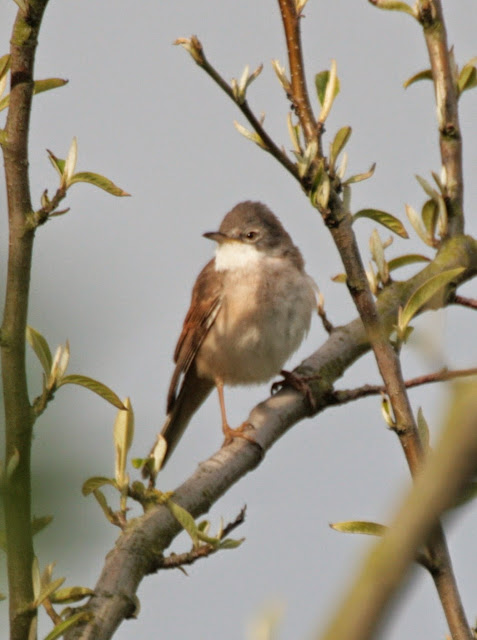 Mission accomplished, I was back indoors by 07.30 hrs - plenty of time to get Bev a cup of tea before she heads off to work.
Posted by Dylan Wrathall at 08:00