One step at a time

With no Pike angling planned, until Monday, it was birds that got my New Year's natural history gig started. Certainly not the dawn 'til dusk caper that I would have undertaken during the crazy days of the 1990's. A very sedate stroll from the Western Undercliff to Ramsgate Harbour, plus some garden stuff, allowed me to amass a very modest total of thirty four species for the day. Year listing is a marathon, not a sprint, and I've no preconceived target in mind by which I will gauge success or failure. Only two species were unexpected, they being Little Grebe and Grey Wagtail, both of which were recorded in the marina area of Ramsgate Harbour. 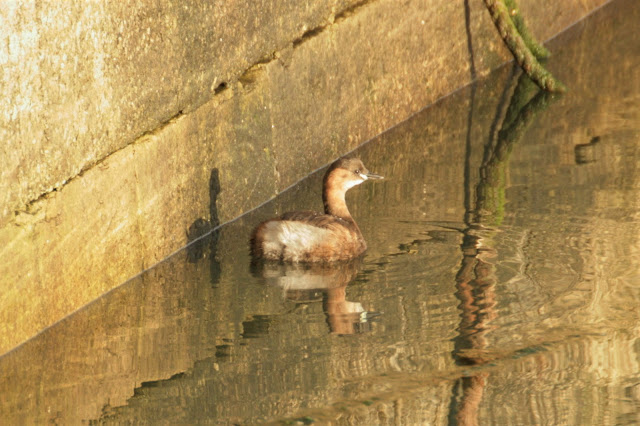 Light rainfall is forecast overnight and a trip down to Pegwell Bay seems the best bet for a couple of hours on Sunday morning? Failing that, there's always Ramsgate Cemetery to explore and that's less than half a mile from the front door!