In keeping with my current routine, no Pike fishing until Monday, thus avoiding the weekend circus which convenes at various access points along the banks of the RMC. No doubt I'll be tidying up odd, discarded, drinks containers and dead bait wrappers in the aftermath, but a price worth paying to have the place to myself for the weekday sessions I so enjoy. With my year listing a very poor relation to the Pike campaign, I decided to take a wander around Pegwell Bay & Stonelees NNR in the hope of adding a few more species to that particular tally. I have to admit to a very serious, school-boy, error! I didn't bother taking the scope - what an idiot? Binoculars and the long lens camera set-up were my companions for the sojourn and proved to be woefully inadequate under the conditions. If it were important, as it has been in my past, I would have thrown the dummy out of the pram. Today it was more of a wry smile, knowing that I'd screwed up and no-one else was to blame. 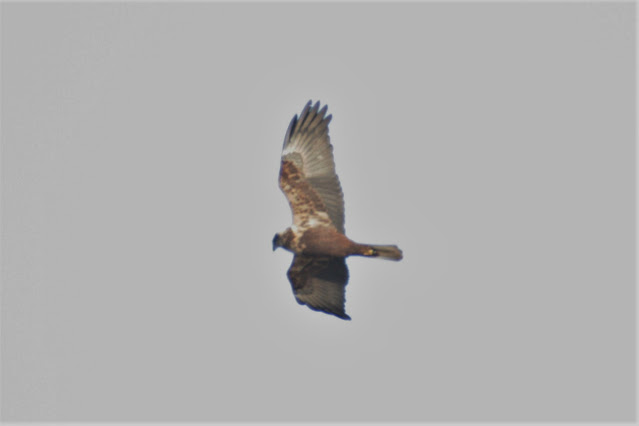 Certainly not all doom and gloom, I had a very pleasant walk around the site adding another five species to the list which has now reached 89. However, it wasn't about the birds I added but, instead, those I could clearly make out through my binoculars yet were unable to be clinched due to distance and light levels being a limiting factor. Hey-ho! There's always another day? Three species which would have surely been added are Sanderling, Grey & Ringed Plover, plus there is always the possibility of Caspian and Yellow-legged Gull and any amount of seabirds moving, offshore, along the coastline. 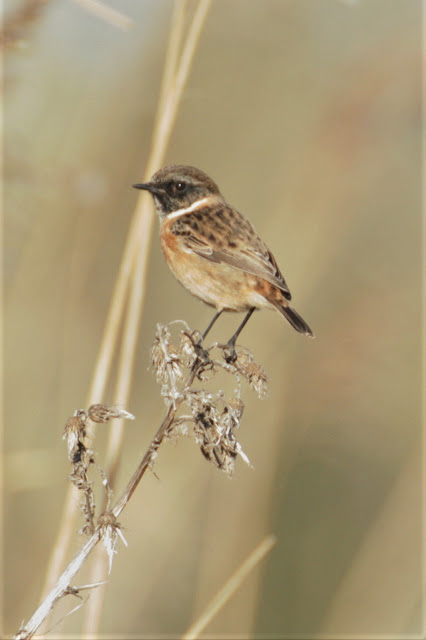 It was whilst watching the Common Seals, hauled out along the banks of the tidal Stour, that the day's highlight occurred. A lady borrowed my binoculars, thus allowing her to look at these animals for the first time. An absolute privilege to be able to share in such a moment - I don't know who was most excited? 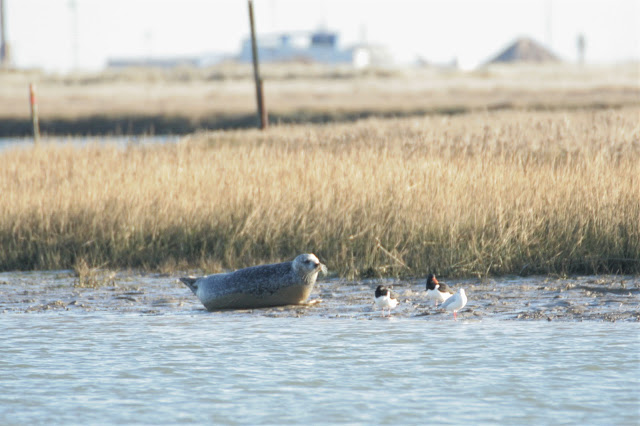 It's obvious that I saw nothing exceptional and, what I did see, won't be passed on to some third party in order for it to be "authenticated" or "recorded". Was it, therefore, a trip without purpose? (As has been questioned by a fellow blogger) Having no need to justify my involvement with our natural world to anyone else but myself, I will sleep well in the knowledge that by sharing time, and equipment, with another person, I might have inspired them to continue looking? That'll do it for me.