Snot an advert for Pike anglers

I had all three rods in position as the sky started to brighten on the eastern horizon, heralding another RMC dawn. Impressive, if not as spectacular as some I've witnessed, another Pike session was underway. The orange/pink glow faded to a creamy yellow as the sun broke through and the waiting game commenced. Once again the canal was carrying a lot of colour due to heavy rain during Saturday, but conditions weren't too bad. Visibility was around 6", therefore I opted for heavily flavour boosted baits in the hope of stimulating a response via the taste receptors, opposed to sight. The pike will be getting ready to spawn very soon, therefore my thinking is focussed upon providing easy pickings for the large females. 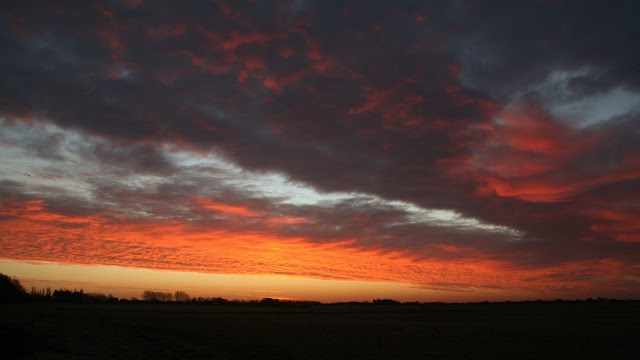 I was chatting with Kev, one of the regular dog walkers, when my middle alarm sounded a few beeps and the monkey rose 3" up the needle. "That's got Eel written all over it" I said as I picked up the rod. Sure enough, a slimy, tackle tangling, pest had hooked itself and I got covered in stinking eel snot as I unhooked the creature before launching it back into the murky water. It was 09.30 hrs and I told Kev that my session looked doomed as we said our farewells. By 10.15 hrs I was thinking about packing up when the right hand alarm bleeped twice. On the rod very quickly, I watched the line tighten, then fall slack again. "More bloody eels" thinks I as the rod is lifted from the rests. With that, the line pulls off the reel steadily and I go through the ritual of tightening down before setting the hooks. All of a sudden I'm attached to a Pike and it's game on! In all honesty the fish provided little more than token resistance and it was quickly engulfed within the mesh of my landing net. Clearly a "double" I rested the fish in the net whilst preparing the unhooking kit, weigh sling and camera gear. Once satisfied with my efforts, the Pike was lifted from the water, un-hooked, weighed and held for a few trophy shots before being returned to the canal. Over and done with inside 3 minutes 30 seconds - I deliberately timed it on my watch. Why am I telling you this? Well sadly, this Pike had a ripped gill raker, a sure sign of incompetent handling/un-hooking technique sometime in its' past. Thankfully this type of injury is not fatal, although it can't be good for the individual fish concerned. 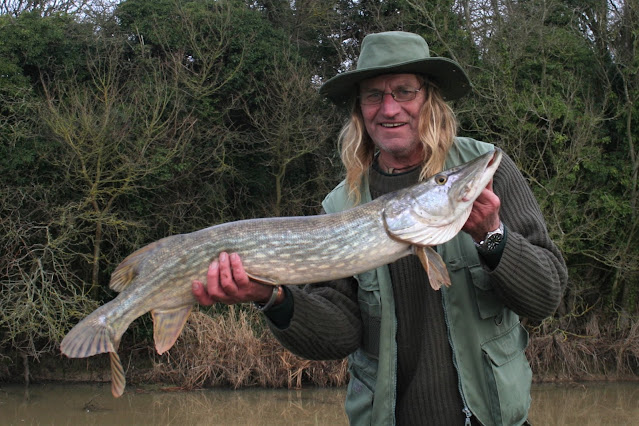 So once again I find myself questioning the anglers who choose to go Pike fishing without having the first idea about fish safety and unhooking techniques. I'm pretty confident that Youtube is the major contributing factor in this situation. Sure the guys (and gals) who post their stuff on this platform do so in good faith. It is without question that Pike angling is great fun and Pike, themselves, are impressive fish to pose with. What these offerings omit to do is educate others about the vital role of bankside etiquette and unhooking techniques which are a fundamental skill required for all catch and release Pike fishing. For my own part, all I will say is that anyone new to the sport should get along to a Pike Anglers Club of GB meeting and seek assistance from experienced anglers. Just like riding a bike, once learned, the basic techniques can be honed with experience but, unless you have a grasp of what is required, Pike will suffer as a direct consequence. End of sermon.