Success and a stumble

Three days into the new year and my bird list has risen to the mighty total of sixty-four species. I'm not "tree hugging" but, instead, recording the birds I see whilst going about my life. Just as my Pike fishing is centred around the RMC, other 2022 projects will see me driving to other fisheries, there is no way that I'll ignore birds seen whilst travelling to and from the venues or those encountered whilst sat behind the rods. Local birding will obviously be centred around Newlands Farm, as it has been for the passed twenty-one years, but will now also include the other sites that are within a couple, or three, miles of the front door. North Foreland, Ramsgate Cemetery and Harbour plus Pegwell Bay, et al.. If there is a rule, the one that I wish to abide by is "no twitching". If a species appears on my list, then I will have found it for myself - well that's the hope. 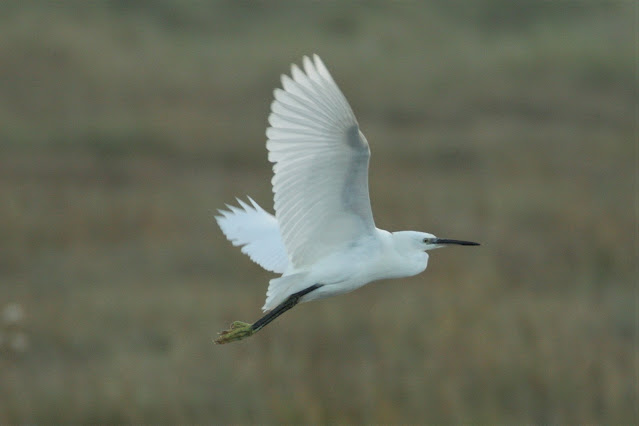 So lesson number one was provided whilst wandering around Pegwell Bay, early yesterday morning. Arriving at the Garage Pool I was quickly scribbling down new additions which included a bunch of Barwits huddled against the far margin of the pool. A nice circuit, which took in Stonelees where I spent quite some time watching the Common Seals hauled out on the banks of The Stour. As I was making my way back towards the van, via the hover pad, I bumped into another birder. I'm pretty sure he said his name was Keith? Doesn't matter, he was a thoroughly nice guy and we enjoyed quite a chat whilst stood behind the garage, thus overlooking the pool. Quite randomly he mentioned "Black-tailed Godwit" to which I enquired "where? with the Barwits?"

"There aren't any Barwits, they're all Black-tails!" Oh f*ck, I hadn't even given them a once over. When I last birded this site the only godwits were Bar-taileds and I had gone into autopilot when they'd been first spotted. A closer inspection was to reveal the extent of my stupidity. One scan through my Kowa TSN 823 revealed the Black-tailed Godwits in all their glory. Whilst working there was a saying that "assumption is the mother of all f*ck ups" and I had demonstrated this with aplomb. A massive reality slap, much needed, should ensure that I expend more effort in establishing the correct species id before committing pen to paper.

Down to the canal, very early today, I was thinking that traffic was a bit quiet until it suddenly dawned on me that it is a Bank Holiday. Well, you just don't think along those lines when retired and "every day is a Sunday!" I had to park the van at a different spot, allowing me to quickly assess the water conditions before committing to the mile plus barrow push. The canal was still high, and carrying quite a lot of colour, but there was little flow and no floating debris. I fished my usual three rods, but didn't bother leapfrogging them due to the water conditions. Baits were heavily dosed up with flavour enhancers which I hoped would attract some interest. As it turned out, I only had one indication, but that was more than enough to ensure I returned home a very happy bunny. A brilliant battle with a lovely Pike, of 18 lbs 12 oz, was the perfect way to start the January campaign. 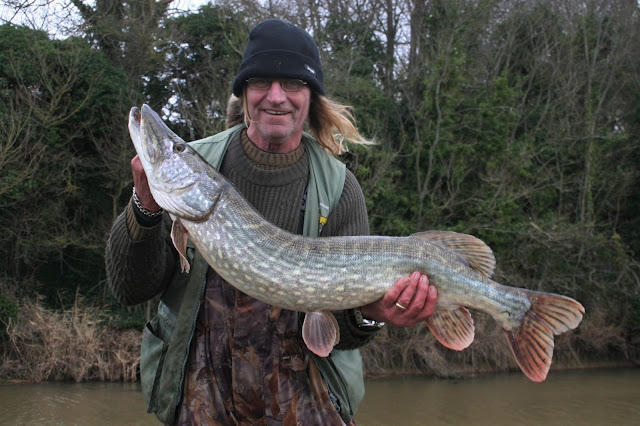 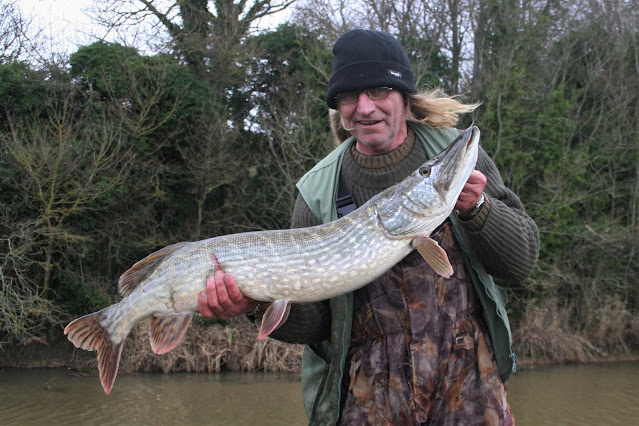 Not made any further plans for this week. I'll keep an eye on the weather before arriving at a decision.