Always something to look at

Two early morning sessions have been conducted in superb winter conditions, just a shame the Pike haven't got the same script as I'm using! Frosts on Thanet are very unusual and, even when we do experience them, rarely require little more than a quick once over with a scraper to clear the windscreen. So it was this morning and I was quickly on my way. It was once I'd reached Wingham that it became apparent how cold the overnight temperatures had fallen; the parked cars glistening in my headlights as I passed. Once in the Elham valley it was treacherous along the untreated lanes and I was well aware of my speed as I negotiated my way towards the Royal Military Canal. An extra ten minutes on the travel time is far preferable to a bent motor and subsequent repair bill.

I parked in a frozen car park and got the barrow loaded in preparation for the long trek to reach my chosen section. The ground was frozen solid, as were the tack side puddles, and the vegetation glistened with a coating of frost as my head torch illuminated my route! As I reached the first gate, a Barn Owl called out in the darkness and my head torch picked out the staring pale green eyes of a Badger, foraging in the canal side field. It just shuffled away, occasionally looking back at me, the torch light reflecting from its' eyes as it did so. Three baits were in position little after 07.00 hrs and sunrise was still an hour away. The day dawned clear and bright, the gentle westerly breeze barely ruffling the canal surface. It was a good to be alive morning. As the light intensified, the temperatures fell further and all my kit became coated in a thin layer of frost, whilst the grass was gleaming sea of white. 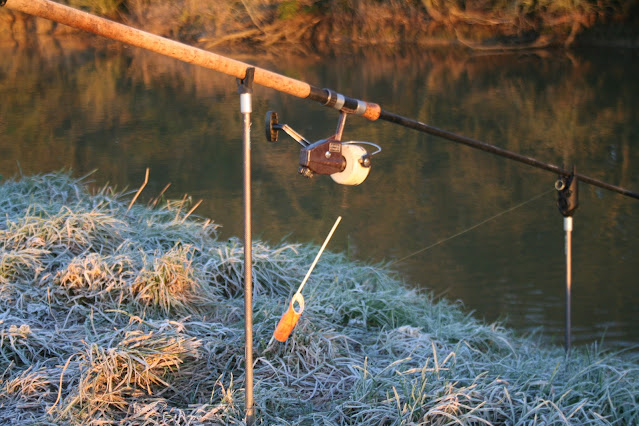 Even if the Pike weren't playing ball, it didn't prevent the Eels from savaging my hook baits - bloody things! A flask of coffee and multiple layers ensured I kept the elements at bay and was able to enjoy the morning for what it was. Binoculars in constant use, I recorded some nice birds which included number seventy for the year, when I picked out a distant Great White Egret flying in from the south. It dropped down beside a frozen dyke, adjacent to a field where a group of Mute Swans were feeding; staying for about ten minutes before heading back from whence it came? All the other species were as to be expected at the site. Kingfishers are always good value, especially in the superb sunlight of this frosty morning. 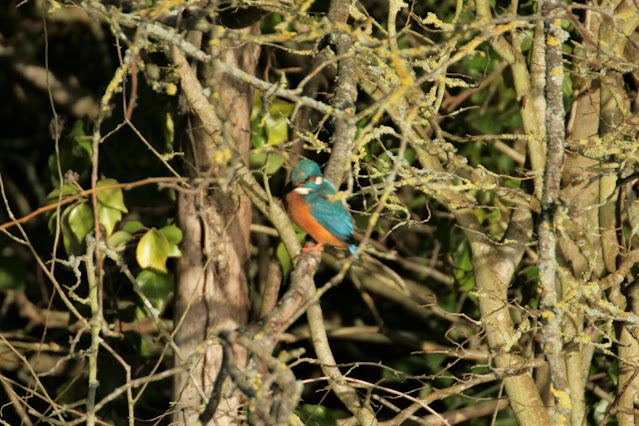 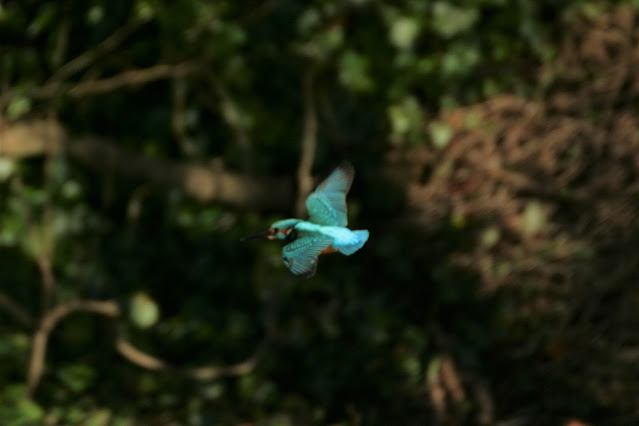 As always, some quality conversation with regular dog walkers and ramblers meant that it was another enjoyable session despite the lack of pike action. Not back until next Tuesday, at the earliest, the campaign continues to provide a roller coaster experience.