Scratching around - it's better than nothing?

Just one more day's O/T, tomorrow, then it appears the gravy train has hit the buffers. This weekend has been cancelled, work wise, and there's nothing on offer in the run up to the Easter break. No point complaining, I've certainly had more than my fair share of the extra dosh that's been available. With the end now well in sight, those kind folk at HMRC will spend some time working out how much they owe me before that tax rebate is headed back my way. O/T in the run-up to retirement, I told you there was method in the madness. Bev and I are now both looking forward to this new chapter in our lives.

After I'd posted the latest instalment, I was sat in the study with the door wide open, camera kit at the ready, awaiting some hedgehog action. I wasn't to be disappointed, as just before 23.00 hrs a very large individual appeared and spent a good ten minutes crunching away at the Tesco "kitten biscuits". A right messy sod, there were pellets strewn all around the two feeding dishes before it decided to have a quick drink and vacate the area. Another hedgehog turned up. just after midnight, but I'd already closed the door so was unable to get any more photos. 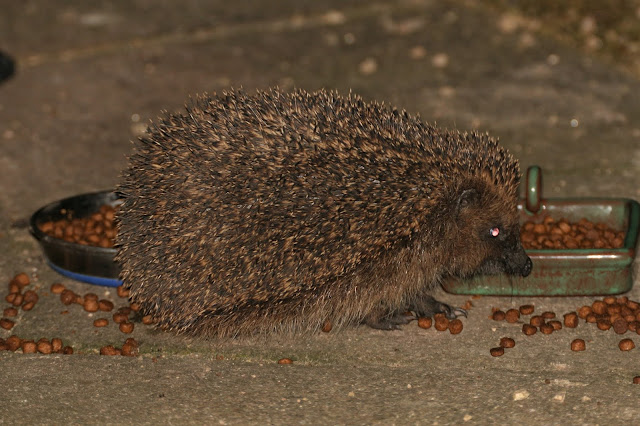 Late up, this morning, I only had an hour out in the garden before work called. A Common Buzzard came spiralling over, but there was very little else to report. With the weekend now free, let's hope that I can do a little better with the BWKm0 listing? 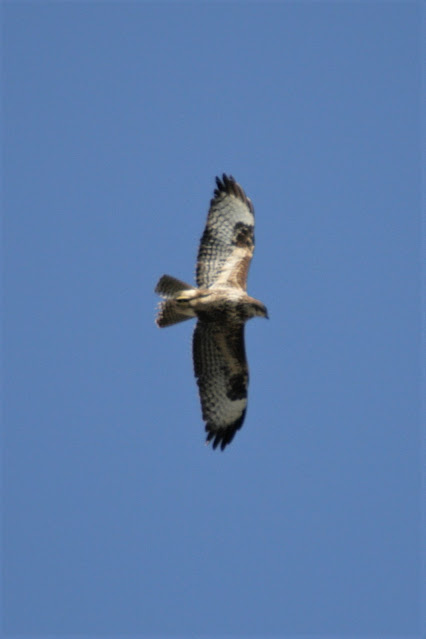