A bit of garden birding

Not said too much about the local birdlife of late. Probably because there's been very little to write about and my head has been in other places. Work remains a massive part of my life, but there is light at the end of that particular tunnel. That wonderful carp provided a magnificent finale to the 2020/21 season, whilst Bev and I are now getting things in place to ensure the next chapter in "The adventures of Dyl & Bev" gets underway as smoothly as possible. Early on Saturday morning I finally managed to add another species to the BWKm0 list

No. 49 - Long-tailed Tit - a single bird very briefly on the fat-ball feeder

There are any number of species which could be No. 50 but, if I was a gambling man, my money would be split between Chiffchaff and Red Kite. There was a big movement of Redwings, early this morning, many hundreds of birds headed N/NW as I was getting ready for work early doors. A female Kestrel has taken up residence around the Vine Close area and, today, it was perched in a small Hawthorn at the end of our neighbours garden. I grabbed a few shots through the double glazed study door. Just as well, because it wasn't happy with me opening the door and was away as I turned the handle. Rose-ringed Parakeets numbers have increased of late, with up to nine birds descending on the sunflower heart feeders at times. 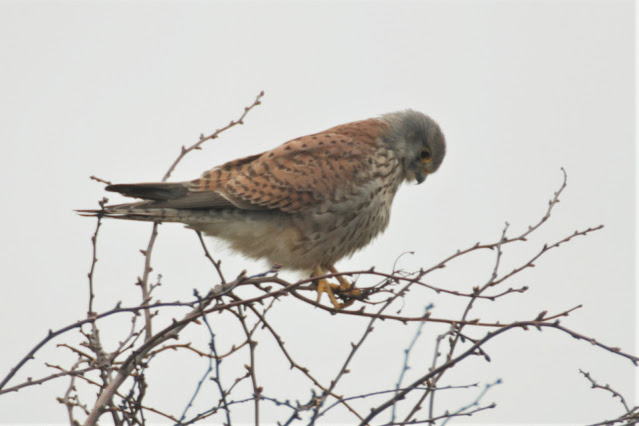 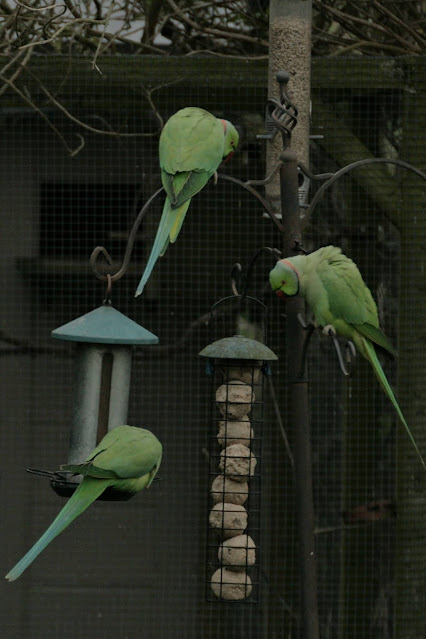 A week of late-shifts to come, although I'll be grabbing fifteen hours O/T between Monday & Friday, then sixteen hours over the weekend. There is method in this madness, as you'll discover at a later date.