Good to be alive day

Another trip out onto the flatlands, at silly o'clock, this morning was just what the doctor ordered. I had three baits in the water before 06.00 hrs and sat back, coffee in hand, to watch the sun rise in a red and blue/black horizon. 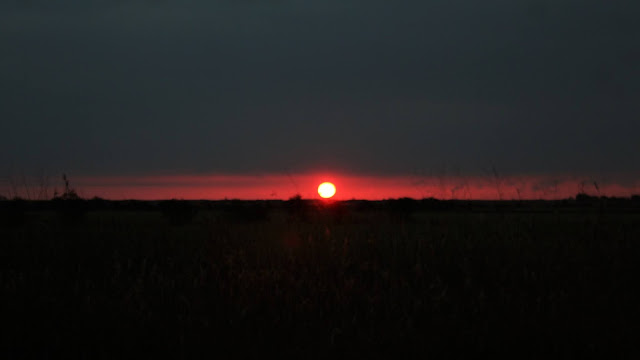 It hadn't been an hour when a Siren R3 burst into life, heralding a bite on the middle rod. I quickly found myself attached to a modest pike which put up a spirited scrap before I was able to coax it over the draw chord into the waiting landing net. A lovely fish, in fine condition, of around seven pounds was quickly unhooked and returned to the drain. A fresh bait was given the Predator Plus and salmon oil treatment before being cast back on the spot. I spent the next ninety minutes drinking coffee and scanning the surrounding marshland through my binoculars. Nothing to get excited over, the highlight was a sub-adult female Marsh Harrier which came drifting down the drain, hunting the opposite bank. Just before 08.15 hrs the alarm on the left-hand rod signalled a bite which resulted in another, smaller, pike visiting the unhooking mat. On this occasion I got my bait back, so it was very simple to quickly give it a flavour boost before flicking it back into the drain. The bait couldn't have been in the water more than twenty minutes before, having just poured another coffee from the flask, the alarm sounded again. This time it was all together a different battle, this was a much bigger fish. Twice it tail-walked as the Duncan Kay hooped over to cushion the lunges of this powerful pike. Being totally confident in the tackle I use, I was happy to allow the fish to expend as much energy as it wanted, safe in the knowledge that it was going into the landing net. I knew it was a "double" but realised it was a little bit special when I attempted to lift it from the water. Once on the unhooking mat I was clear that this was a good mid-double and so it proved. At 14 lbs 14 oz, it is the heaviest pike I've taken from the marshland drains since February 2012. 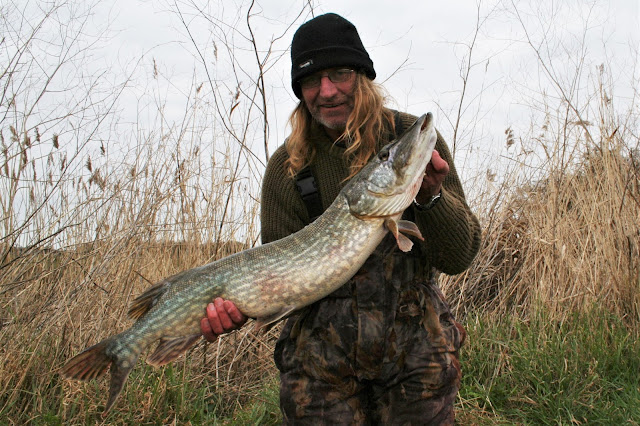 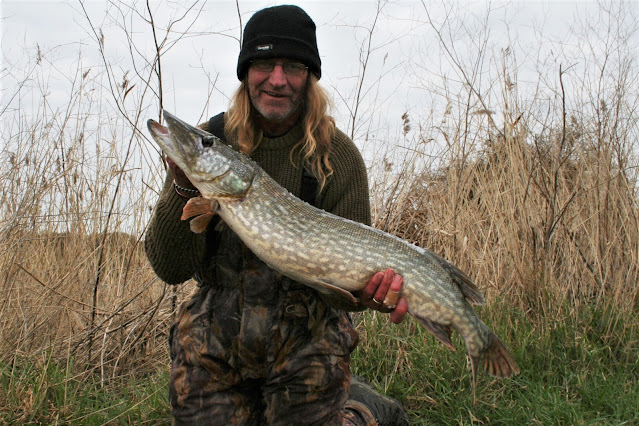 I stayed on for another couple of hours, without further action, before heading for home well pleased with my morning's effort. Three pike from three bites, today, what was I doing when missing that take on Friday afternoon? I've always been of the mind that you won't mess up the bite you want. It is the smaller pike which are missed because they lack the body weight to provide resistance to a strike. Quite simply, the force of the strike is enough to spin the fish and pull the hooks/bait clean out of it's mouth. With all the crap going on at work, this was exactly what I needed to get my head back into some type of normality. If this is what retirement will allow? Bring it on!