We witnessed a little bit of angling history

Yesterday evening Tom B, Benno, Cliff (Bunny) Bunyan and I were, once again, barbel fishing on the R. Stour. For Bunny, this was to see him achieve an ambition which has taken him from Yorkshire to Hampshire, Herefordshire to Norfolk, in pursuit of this magnificent species. His dream was to catch barbel from 25 different rivers - the landing of a fish of 7lbs (exactly) was to be the fulfilment of his quest and we were there to share in the moment.


Cliff had travelled down from Hemel Hempstead to fish with us - arriving early in the day in order to secure a swim that we have become sure is home to a group of resident fish. It seems that our results away from this area are as a consequence of intercepting nomadic individuals as they move up and down the river. 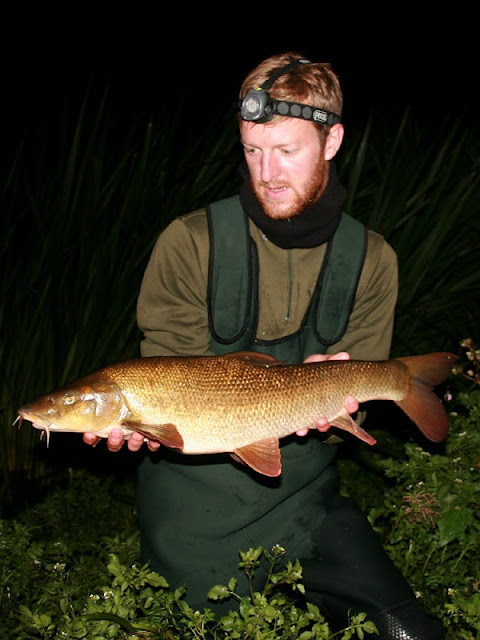 Bunny did it the hard way, he took his fish in the daylight, something that we have yet to achieve -  we are all geared up to fish into darkness, as is our routine. Benno and I failed to add to our tally, but Tom took his second fish (in two outings) with a nice barbel of 7lbs 10oz. Our collective total now stands at nine barbel since June 16th. I have made no attempt to work out how many sessions/rod hours have been put in for these fish. Whatever the cold facts; I don't think that any of us would change this learning experience for anything else. We are really enjoying the challenge that these R.Stour barbel are providing. 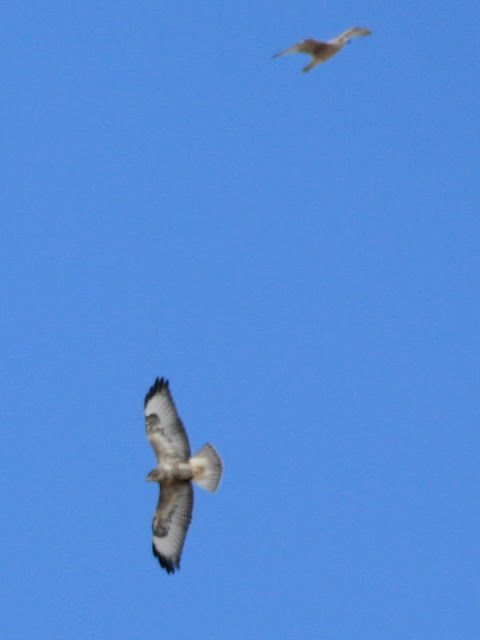 Earlier in the day, as I was in the garden tying some new rigs and sorting out my gear, a reaction from the local gulls alerted me to a passing Common Buzzard; my first of the autumn.
Posted by Dylan Wrathall at 08:27