I have spent quite a while, over the past three days, awaiting the photo opportunity of a Chiffchaff using our garden bird bath. With the number of birds moving, southwards, it was only a matter of time - but would I have the camera to hand when the event occurred? Well, as it happens, Bev and I were in the kitchen preparing a meal for Ron, Denise, Gary, Debbie, Emily and Harry when the first one appeared, so a chance missed! A couple of hours later, there was a second chance when, another bird flicked through the buddlieas and out onto the bird bath - camera waiting this time. I managed a series of shots - using both ISO 400 & 800 settings - nothing to set the world alight, but still a sequence of usable images from the encounter. 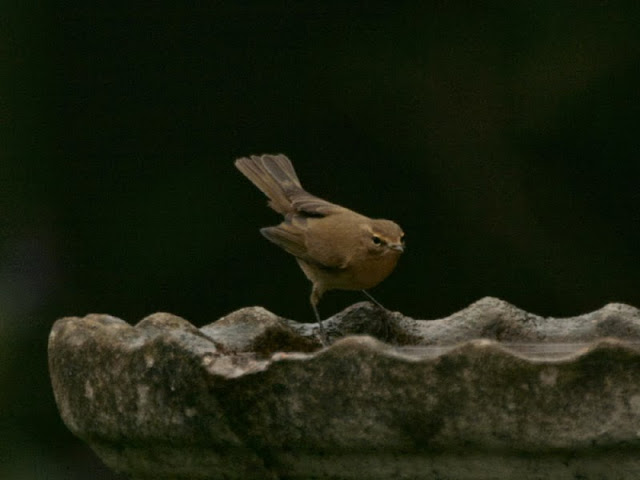 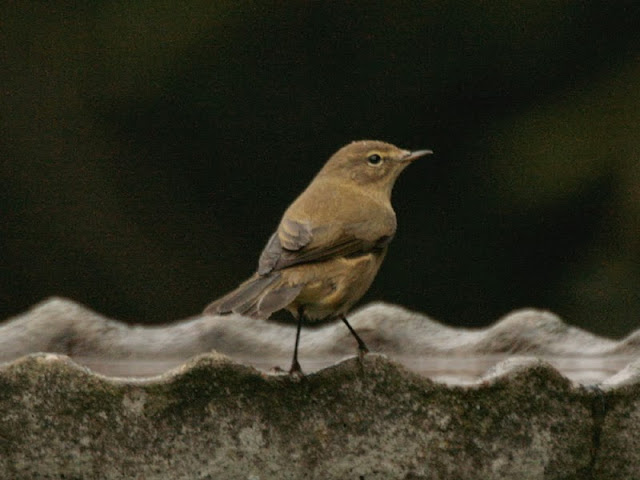 The only other sighting, of note, was that of a large flock of Rooks! Their importance probably a mystery to the majority of those who take trouble to read this blog? Rooks are "big news" around Newland's Farm - although annual, Rooks are a very scarce bird - so 20+ individuals, in a single flock, is a significant occurrence!
Posted by Dylan Wrathall at 17:23