With the Easter weekend being rather taken up with family stuff; my return to work (on earlies) was a bit of a bonus. With the benefit of that extra hour, it means that my afternoons are much more user friendly. I was home before 14.30hrs, in spite of a late running meeting, and with my birds fed and the fire lit, Bev was left in the warmth of our bungalow as I went in search of my first Wheatear of 2013. At 10.15hrs, as I was enjoying an egg & bacon roll during my main meal break, a female-type Marsh Harrier passed over Pyson's Road - headed N/NE - causing pandemonium amongst the gulls on Booker's roof.
The sun shone brightly, for the whole day, yet a stiff and bone chilling NE persists and spring migrants remain a scarce commodity. I only saw my first White Wagtails (2) and Black Redstart (a spanking adult male) yesterday when I took Emily over to Preston, a small village in East Kent, to see the horses. 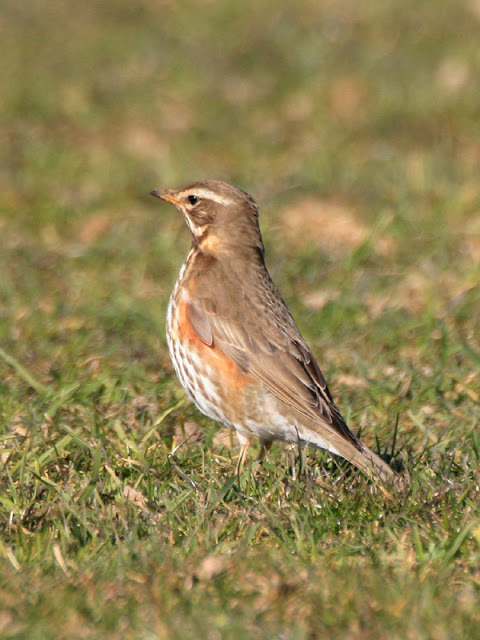 The cliff-top paddocks failed to produce my desired Wheatear, instead I had to content myself with a nice gathering of thrushes. There were 6 Fieldfare, 11 Redwing, 5 Song Thrush, 7 Blackbird and, most surprisingly, 2 Mistle Thrush; so very nice! 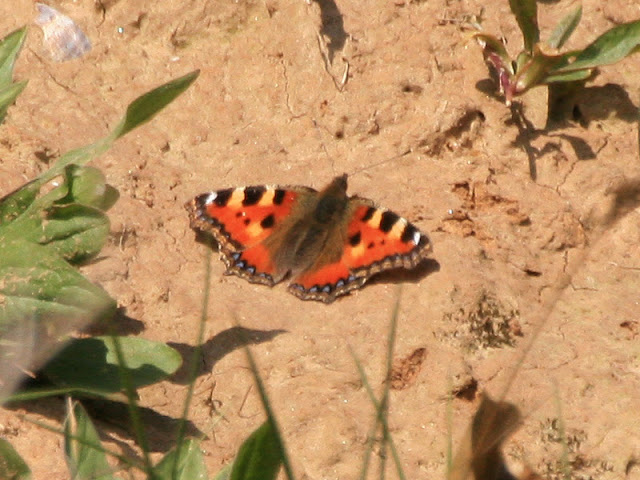 I continued along the footpath and made my way to the Pegwell hover pad - ever hopeful. It wasn't a completely wasted effort. In the shelter of the undercliff, it was a different world; the sun actually had some heat and I noted 3 Small Tortoiseshell (butterflies) as I walked the shoreline. Good numbers of Turnstones were feeding on the rising tide - a thorough scan failing to locate any C-R birds. My only other sighting, of any note, was a winter plumage Grey Plover that was roosting at the edge of the spartina, allowing a record shot before my attention was no longer welcome! 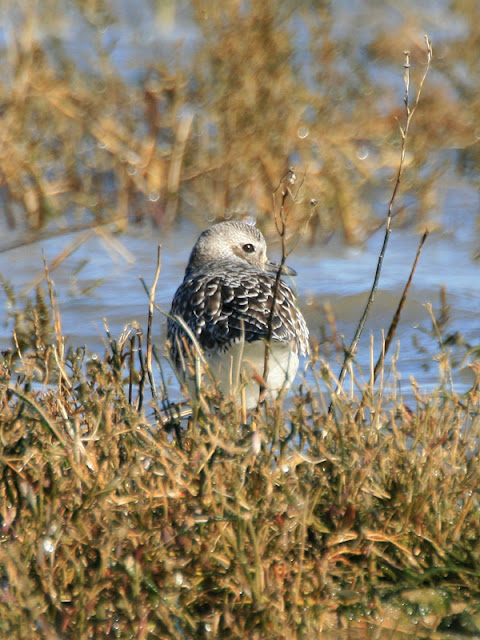 It's now British Summer Time - things can only get better?
Posted by Dylan Wrathall at 19:42