With nothing more than lunch at The Coach & Horses, on the Deal Road, just beyond Worth - being our plan for today; Bev and I did very little. Bev was pottering with her "summer" wardrobe and I went across for a short stroll around the North Foreland area. The session was made better by the encounters with Simon Mount (and George), Rae Boulden and Dave - all of them out enjoying the sunshine, despite the lack of birds. There was a Common Whitethroat singing at the start of the cycle track by Elmwood Avenue and a Blackcap doing the same thing by Kingsgate Castle. Odd flyover Yellow Wagtail and a couple of Sparrowhawks being about the best of the rest. Simon, Rae and I decided that given the conditions, raptor watching would be the most likely activity on such a day and we went our separate ways. I got back to the car, by the North Foreland pumping station, just in time to watch a female Marsh Harrier spiralling high overhead before setting off in a NE direction out to sea.
A Dotted Bee-fly (Bombylius discolor) was photographed by Elmwood Avenue, the first time I've seen one on Thanet - although that doesn't mean anything. 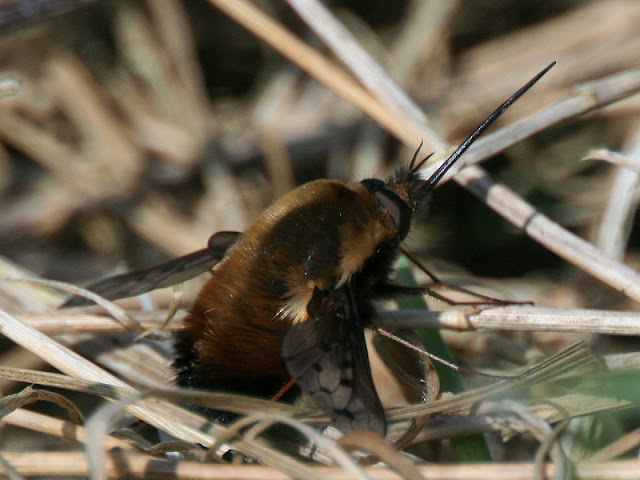 I was back home just before 09.40hrs, standing in the back garden, coffee and toast to hand, awaiting events. It didn't take long; at 10.15hrs the first three, of seven, Common Buzzards passed over Vine Close. Today all the birds were headed north, the local gulls seemingly unconcerned by lone migrants, the only reaction was when the three appeared together. My first House Martin zipped past, as I was watching a Carrion Crow harassing a Sparrowhawk. Two Siskins dropped into the buddlieas, very briefly and a Swallow was seen skimming over the field beyond our garden hedge. 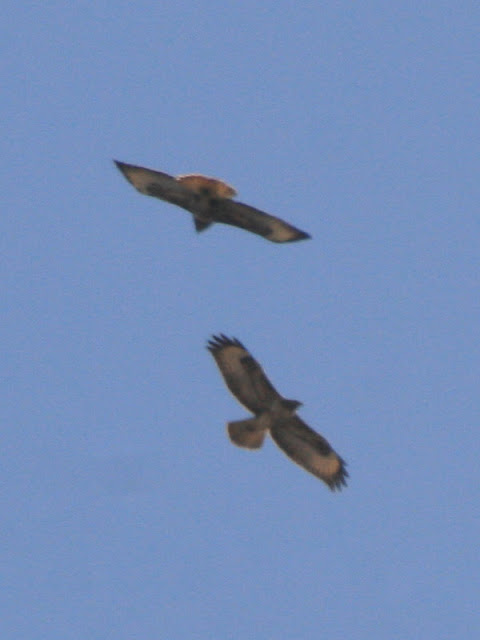 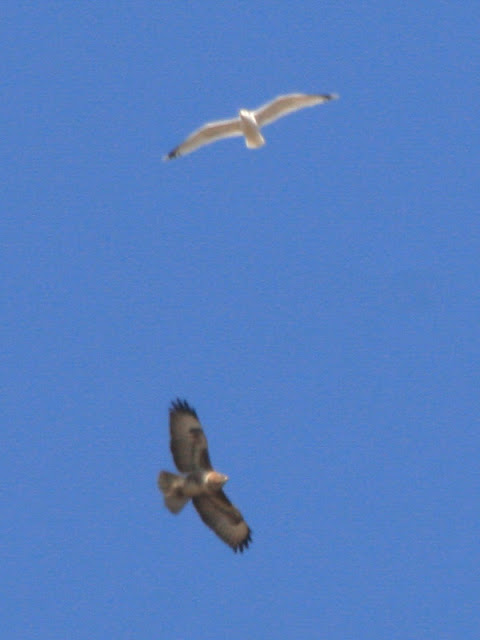 After a very pleasant lunch, Bev and I  called in at Dad's - he's gradually getting a routine back into his life. We stayed for a while before returning home. I cut the grass and set about dusting down the Milton Mk VII 125w MV moth trap. I started mothing in the summer of 1994 and like many others, have had seasons of varying fortunes as the years pass. The law of diminishing returns very much a part of garden moth trapping. 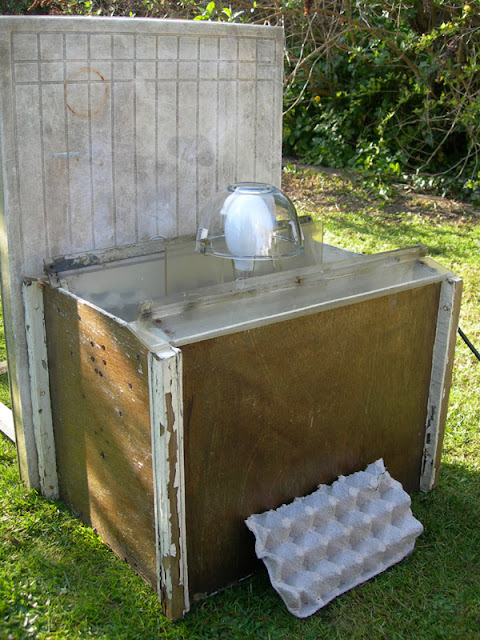 I am not particularly hopeful for tonight, however, I am on late shift for the next five days, so will have plenty of time to check the contents should conditions prove suitable. I will not be running it seven nights a week, just out of habit, I will pick and choose my days as I see fit.
Posted by Dylan Wrathall at 19:09