I left Bev to continue her slumbers and, after scraping the ice off the windscreen, drove over to North Foreland. A beautiful dawn, was made so much more bearable by the fact that there was no wind, to speak of - even the heavy frost couldn't spoil my walk. I was out for a couple of hours, walking the cliff-top from North Foreland to Foreness Point and back.
Some things remain the same, birds continue to be at a premium. A fox was disturbed from the cliff-top scrub, at Joss Bay, providing a nice photo as it made a dash across the car park field on its' way home in a North Foreland garden. 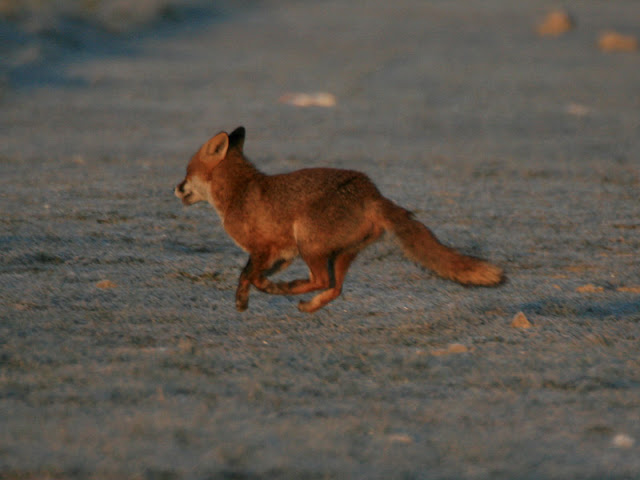 A Woodcock was watched arriving in/off, causing quite a stir amongst the roosting gulls - something I hadn't expected. Corvids continue to move along the coast with several mixed flocks of Jackdaws and Crows moving deliberately NE out to sea; Rooks were also more noticeable, their calls alerting me to several loose flocks passing high overhead. As it's that time of year, there was a flock of 27 Magpies moving steadily N, over Kingsgate Castle but my biggest surprise was of a flock of 19 Great Tits flying over The Fayreness - I'd expected to see Chaffinches as I raised my binoculars! 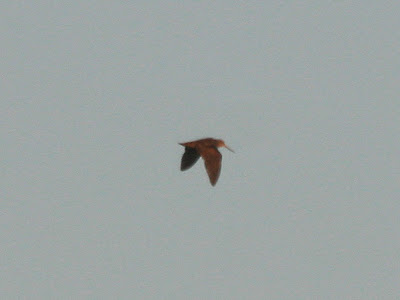 A female Stonechat was on the fences at the top of Botany Bay - not allowing close approach, it was gone by the time I made my way back towards the car. A few Meadow Pipits were displaying by Foreness and I noted two Sparrowhawks moving N at some height but, if you discount the huge numbers of Woodpigeons, there was very little else of note. Another fox was flushed from the tide line, by an approaching dog-walker, and made quite a spectacle as it sought sanctuary in the chalk cliffs, more dog walkers barring its way. I didn't panic, but instead just trotted off to a secluded ditch where it manoeuvred around the problem and successfully completed its journey. 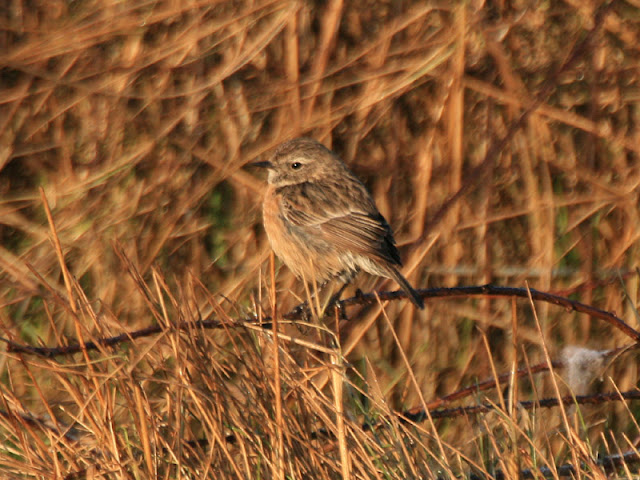 A female Black Redstart was found, as I returned to North Foreland, providing me with one last photo opportunity before it was home for breakfast, the clock not yet reading 08.30hrs. With the sun shining brightly and the temperature starting to creep up, I wouldn't be surprised to spot a Buzzard or two around mid-morning. 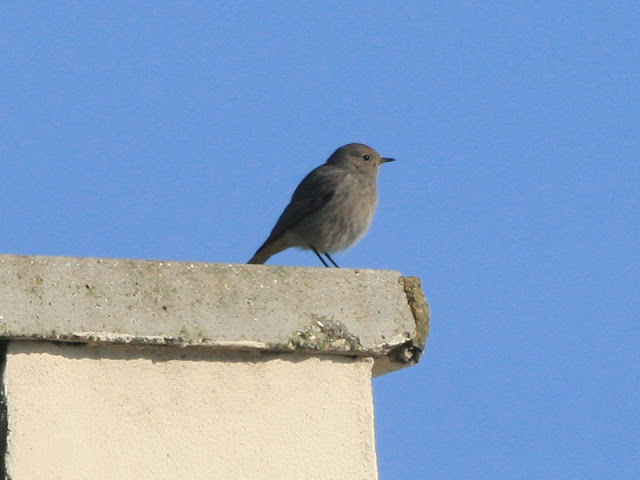