Just back home after my latest session; this one down at the local syndicate fishery. It won't take the IQ of Boris Johnson to glean, from the lack of recent posts, that things ain't going quite to plan. I'm going to do an angling summary of the whole week tomorrow, or Saturday? What I want to write about is the absolute privilege of being in the right place, at the right time, to witness a large scale movement of hirundines as I have this morning. 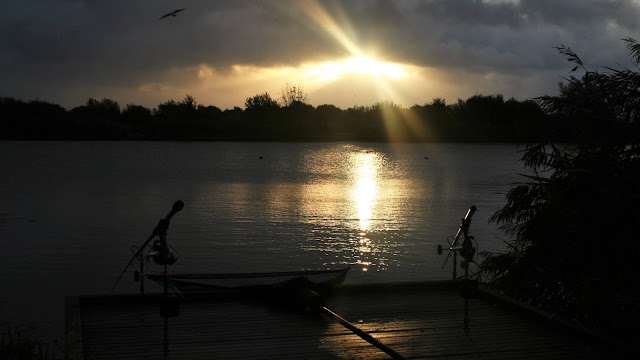 It was a dull, blustery morning, heavy clouds and the ever present threat of rain which was the backdrop to the spectacle. There was no dawn, as such, it just got less dark. It wasn't until after 08.00 hrs that the odd chink in the clouds allowed any signs of brightness to emanate from the eastern horizon. I'd played around with the camera, attempting to capture the mood of the morning when, at 08.40 hrs, a flurry of Swallows came skimming over the lake, headed west. This was the precursor to the main event. Over the next ninety minutes, I watched a substantial movement of House Martins and Swallows, all heading steadily westwards on a broad front across the adjacent marshes.  By 10.00 hrs it was almost over, just a few stragglers moving in a more southerly direction before, by 10.15 hrs, it ceased. I make no claim that these figures are exact, just my estimation of the numbers involved. 700 House Martin, 250 Swallow and 1 Sand Martin (that is exactly how many of them I managed to id!). Although not tablets of stone, the behaviour of the two main species was rather interesting as the Swallows tended to skim the lake and fields whilst the House Martins were much happier flying into the brisk wind at a greater altitude. No evidence of feeding activity, just a very deliberate movement both west, then south, as I've already mentioned. 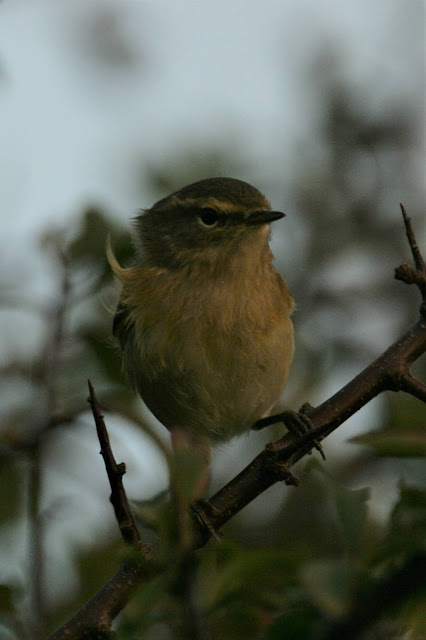 Other bits of note included a Common Buzzard doing a very good impression of its' Rough-legged cousin by hovering over a raised bank for some five, or so, minutes. So glad I had my bins to hand. A couple of Chiffchaffs were associating with a mixed tit flock, as was a lone Goldcrest. Just as I was packing up a Green Sandpiper dropped in, doing a quick circuit of the lake, before heading back off towards Richborough. All in all a very pleasurable session in which luck played a far greater role than any skill on my part!