It doesn't matter which section of the Royal Military Canal I wish to target, getting there from Thanet involves a great deal of fannying about, driving round the houses, due to the lack of a decent road network in this part of Kent. Even at the un-godly time when I leave home, it still requires a good hour to reach my destination, The syndicate fishery, on the other hand, is just over ten minutes away, early doors, and means I get an extra hour in kip should I choose this option. But what needs remembering is that I took time off work to catch pike, not get extended sleep periods, so these two venues were used to test my thought processes and angling techniques. The Royal Military Canal has a rich tradition of producing specimen pike whilst the syndicate is at the complete opposite end of the spectrum. I've got half an idea what I'm chasing in the RMC, the syndicate being an empty canvas awaiting my efforts in order to paint the picture. 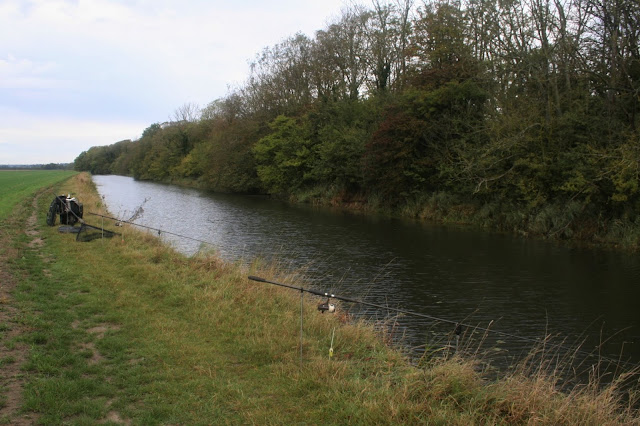 Monday 5th October - at 04.45bhrs I head off into the darkness for the first session of the week with the RMC being my preferred option. The first canal pike trip of the new season got away to a flier when a popped-up (Joey) Mackerel was taken within twenty minutes of my casting out. A nice little fish of about six pounds made its' way to the unhooking mat where I grabbed a quick photo (using the flash) before returning it to the water. Four more occurrences before I packed up at 10.00 hrs, no other fish hooked or landed. What I must also mention is that this was the only session of the week where I used monkeys on needles as my bite indication. 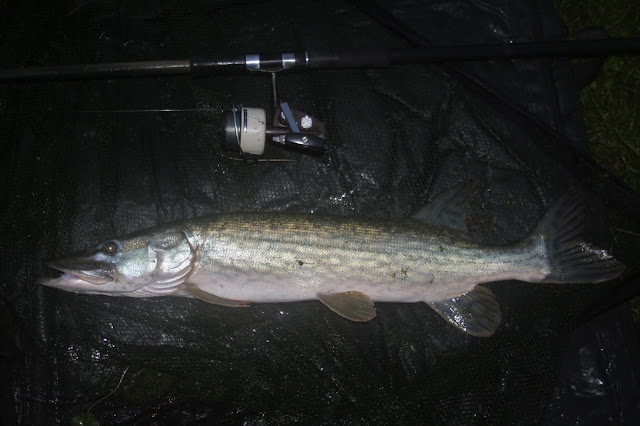 Tuesday 6th October - leaving home at the same time as yesterday, I returned to the canal to continue my quest. Bait options and presentation were much the same, although I covered quite a long section of the bank by leap frogging the rods at thirty minute intervals. If nothing else, it kept me active which is more than the pike did! I still had a great session which was mainly due to conversations with other folk who were also enjoying the facilities on offer. It was really nice to bump into local birder, and quality photographer, Brian Harper for the first time this year. A long chat about all sorts of subjects, I'm hopeful we'll meet again soon as this 20/21 pike project develops?

Wednesday 7th October - a session down at the syndicate was more to do with being able to get home early to allow Bev some free time than a realistic pursuit of "big" pike. An absolutely stunning sunrise and I'd now switched over to using "back-biter" alarms, as manufactured by my brother Simon, so spent some time getting images. Three times the line pulled from the clip. Twice it was eels and the third occasion came courtesy of a young Mute Swan - happy days! 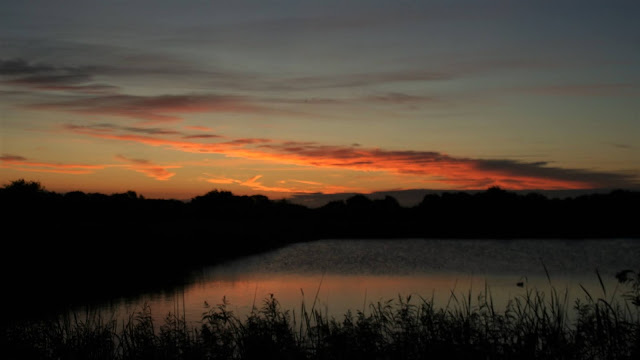 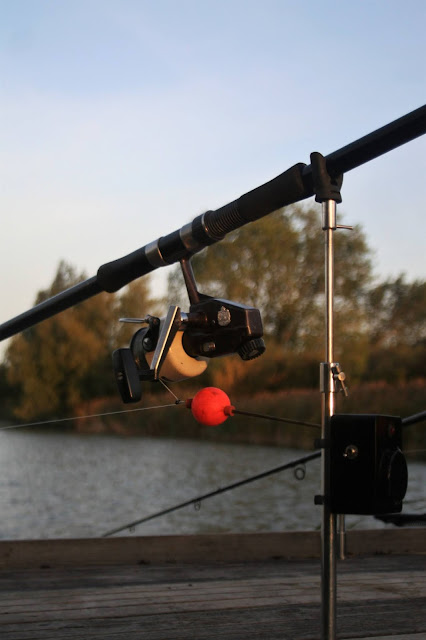 Thursday 8th October - I've already described the utter joy of being down at the syndicate to witness that movement of hirundines across the surrounding marshes. Casting my baited hooks produced little more than eel trouble, the pike steadfastly refusing to play ball. If nothing else; I'm demonstrating a remarkable level of consistency? What is also becoming apparent is that the syndicate doesn't warrant a sustained effort if I'm serious about another twenty this coming winter.

Friday 9th October - back down to the RMC for my final session of the holiday period. I'd changed over to my Duncan Kay's and had decided on another area of the canal. My preparation couldn't have gone any better with baits coloured and flavoured with fish oils and Predator Plus. I was down there for 05.30 hrs, baits in position before 06.15 hrs - it's quite a trek so the barrow is essential. At 07.05 hrs a back biter announces a take and I'm in! The rods are soft and very forgiving, this fish giving a good account of itself, yet never really testing the gear beyond what I'd consider normal. As the fish rolled on the surface I thought eight pounds-ish! When I got it to the net I was thinking "double" only for the scales to reveal its' true weight at 14 lbs 8 oz! Brilliant - what a way to finish the holiday sessions. 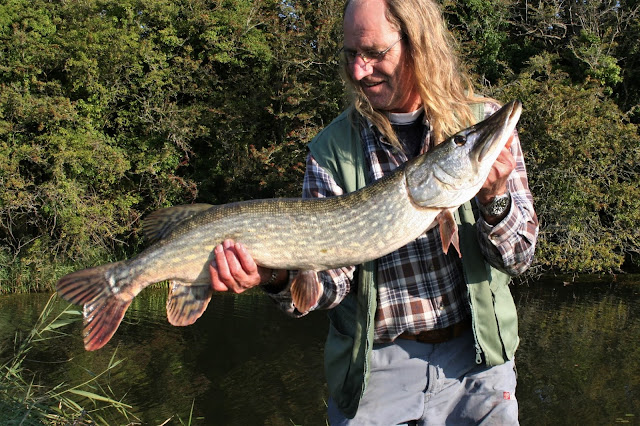 There is an awful lot being said about mental health and well being during this Covid pandemic. That fish, laying on my un-hooking mat, summed up everything about why angling is such a fundamental part of "normality" in my little world.  I remained on the bank, soaking up the atmosphere, reliving my moment of glory, until it was time to call it a day and head off back home. Pushing the barrow back to the van was a breeze with that fish in the bag! 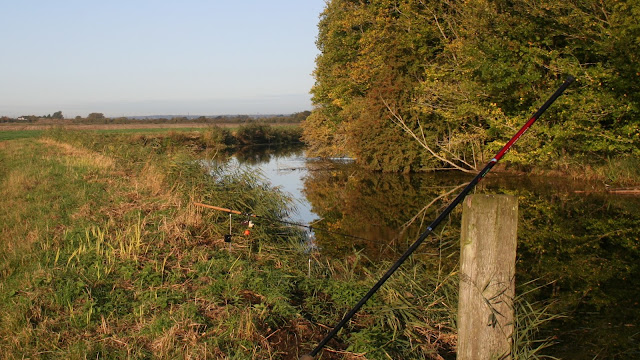