I'd already resigned myself to the fact that Friday would be my final session, before a return to work, so was absolutely delighted when a window of opportunity presented itself to get out on Sunday morning. I'd only got a couple of hours to play with, needing to be back home by 09.15 hrs, but much better than not going at all! Weekend fishing at the syndicate requires pre-booking and, obviously, the RMC was far too distant to be a consideration, thus my sights were set on a tiny side drain that joins Black Dyke just the other side of Sandwich. I left home at 05.20 hrs and had all three rods fishing before 06.15 hrs. Even though I was restricted by very tight time limits, I felt sure that my tactics, bait choice and presentation would put me in with a shout. 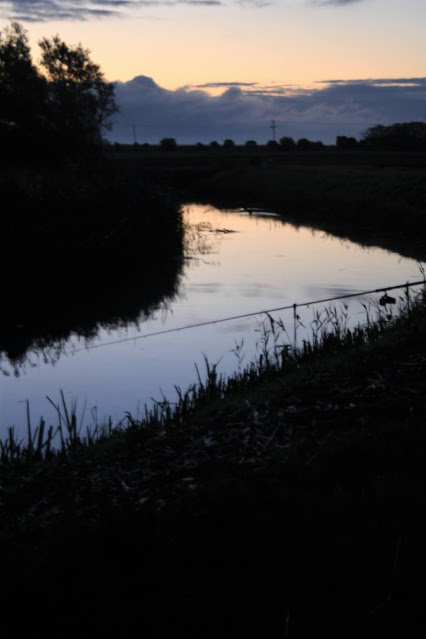 Dawn broke, a beaver swam through the swim before noisily slapping the surface with its' tail just in case I'd missed it! My first Redwings of the autumn were seen and a steady stream of Lapwings left their roost and headed north to feed in Pegwell Bay, I presume? At 07.40 hrs the indicator, on the middle rod, dropped off and the alarm sounded as an unseen fish moved off with my sardine offering. A very spirited battle ensued before a tidy fish, of 7 lbs 6 oz, was drawn over the chord and into the landing net. As I was doing the self-takes a Raven flew over, croaking it's approval of the scene below; it was so good to be out and about. All too quickly, however, the clock indicated that it was time to pack up and head for home. 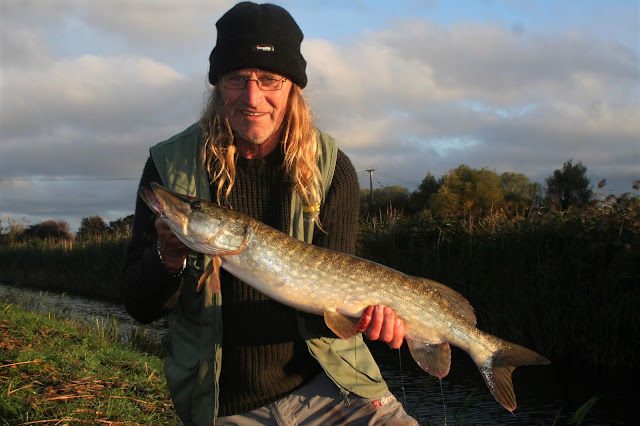 I was on the drive with ten minutes to spare, so it had been a very successful trip all round. Once I'd roused Bev from her slumbers, I set about unloading the van. Two large flocks (250+ in total) of Redwings passed west overhead, as I was doing this then, whilst washing down the un-hooking mat and nets, a lone Fieldfare flew along the gardens before dropping down onto the stubble of Newlands Farm a couple of hundred metres to the south. I tried looking up the definition of "bonus" and was met with a cascade of money orientated definitions. My own perception of a bonus is something unexpected, beyond the norm, and this morning had it in abundance, yet I'm not a penny richer! Was it a bonus or am I just kidding myself? I know what I think!