It was little after 05.30 hrs that I headed off, into the drizzling darkness, for my first session of the 20/21 pike season. I arrived at a deserted syndicate fishery and quickly set up camp. The brolly being priority due to the forecast. Although it did rain on and off for much of my stay, I remained relatively warm and dry, and rather enjoyed this first outing. 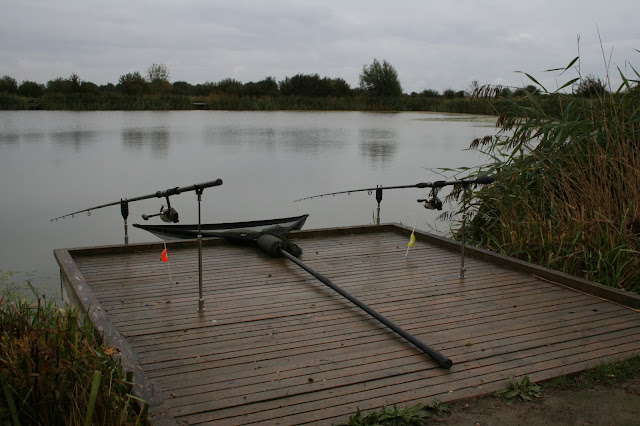 I suppose that not blanking was ultimately my goal, but when I said mini pike challenge? Two bites registered, one pike landed - possibly three pounds? A nicely marked little fish and very welcome under the circumstances but, not quite what I'm after. But a pike is a pike and there is no known method for targeting bigger specimens which won't also appeal to the smaller inhabitants of the fishery.

A decent array of birds to keep me occupied whilst awaiting the alarms to sound. Two Common Buzzards, Hobby, three Sparrowhawks, Chiffchaff, Cetti's Warbler, Water Rail, several Song Thrushes, a lone Great Crested Grebe and, best of all, a day hunting Barn Owl. Back down there tomorrow, with the forecast for gale force easterlies and heavy rain. I'd thought about the RMC, but that's as far as it got. At least I'm close to the van and home down at the syndicate water, so packing up quickly won't mean a long drive home in soaking wet clobber.