Two shrikes - so glad I'm out

With the full backing of Bev I was back on the bank, early this morning, two baits presented in the tiny drain where I resumed my pike adventure way back in 2011. I was already aware that a Great Grey Shrike had been seen in the area yesterday and my bins were in action from first light, scanning the surrounding flatlands for a, bush topping, silhouette. Twice I thought that I'd spotted the bird, very distantly, but it wasn't until I was in conversation with a couple of Kent birders that the shrike appeared just on the other side of the drain. Result! As quickly as it appeared, so it dropped down, only to be relocated some 400m away to the east. I have to admit that rather enjoyed the sighting, not a species which I'd expect to encounter on my angling travels.

The presence of this shrike was obviously the draw for a steady procession of "twitchers". All of a sudden, my secluded location became rather busy as birders assembled to pay homage to this lovely bird. Has anyone ever seen an ugly Great Grey Shrike? Meanwhile, over at Reculver, Kent's first Masked Shrike was still in situ at Shuart. Having seen the images of this individual, a dowdy juvenile, all I can say is that it doesn't do it for me. I've been lucky enough to spend time with Masked Shrikes in Greece and Turkey, always adults, and can't bring myself to get excited about this Kent occurrence. 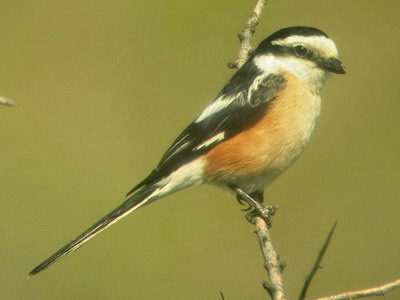 What I got from being in close proximity to the Great Grey twitchers was a complete lack of awareness. I was constantly raising my bins at Redwing and Fieldfare flocks, there were pulses of Swallows pushing north, two Common Buzzards were perched up, in clear view, Goldcrests, Chiffchaffs feeding in the bushes, and a constant stream of Redpolls passing overhead. All that mattered to the assembled masses was the shrike - I'd be a complete hypocrite if I assumed some higher ground. Twenty years ago I'd have been at the front of the queue.

Stood behind the rods. I'd not bothered to take a seat, a pair of Stonechats performed superbly in the bankside vegetation, completely ignored by the camera wielding, binocular hugging, visitors. It's not my place to pass judgement upon how others derive enjoyment from their interaction with the natural world. Getting back home, two thrushes drew my attention - how time has changed what I thought was important? 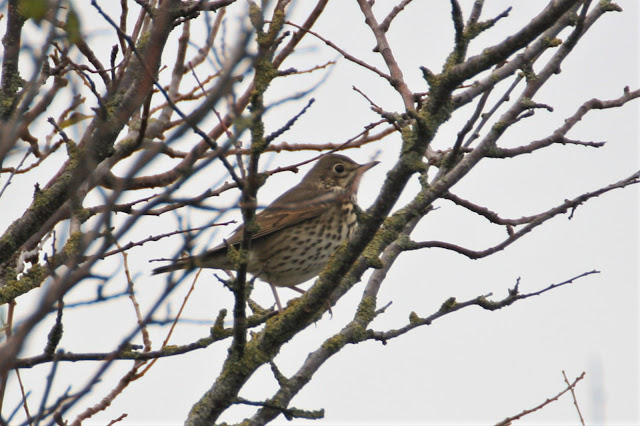 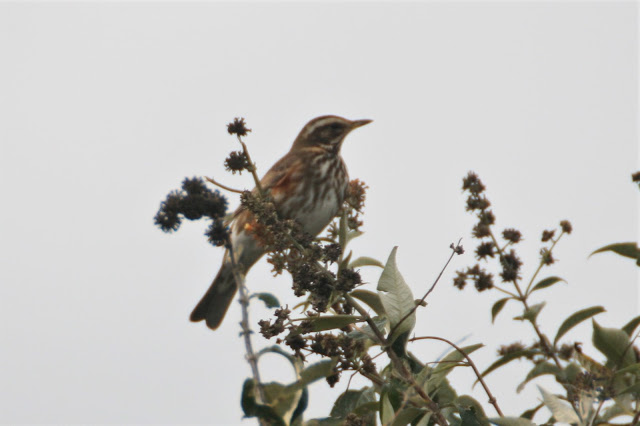 The only other occurrence of note is the young hedgehog that has recently appeared at the feeding station. In comparison to all the other visitors, this animal is tiny, so might require some assistance to make it through the winter? From what I'm to believe, this youngster has to weigh more than 500 grms to have a chance of surviving hibernation. 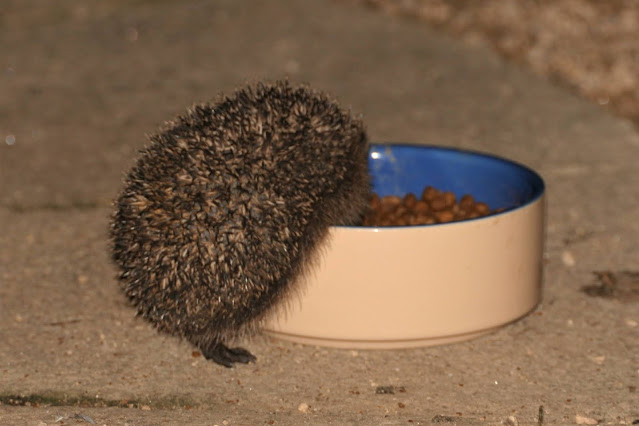