Way outside the box

You need to be of a certain vintage to remember John Foster. A highly talented, yet opinionated thus controversial, pike & zander angler from the Chateris area of Fenland during the 1980's. He was R/O for the Fenland region of the Pike Anglers Club and our head on collision was inevitable during this period. He set a very high bar and us marauding Hemel Hempstead types didn't fit the stereo-type he'd wanted fishing "his" local venues. We endured a fraught early period before overcoming our differences and ending up with mutual respect, if not friendship? If nothing else, John was generous with his advice and genuinely wished for success to all those whom sought his help. Chalk and cheese might be a decent analogy of our personalities, yet the desire to catch pike and zander from the Fenland waterways ensured a shared vision as the time passed. 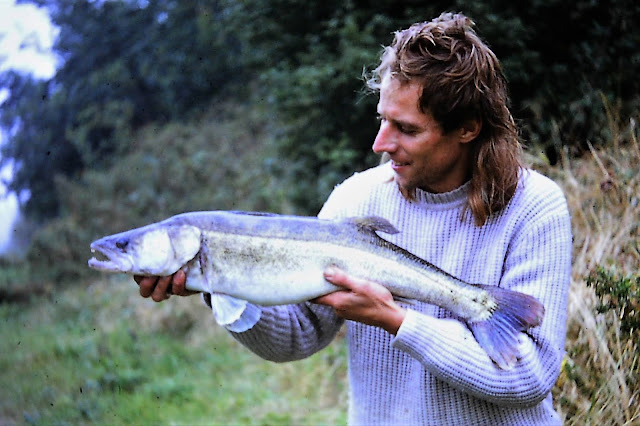 John had some unique thoughts about the distribution of the Fenland predator populations, especially zander which were the main draw, for us travelling anglers, of this era. His insistence of the importance of finding "the three sided Fenland lake" was a very difficult concept to buy into yet, once understood, made perfect sense and ensured those of us who took the advice on board went on to catch many more fish than those who didn't! Well that was, thirty odd, years ago and long past being of any relevance in my angling, or is it?

It would appear that, without any conscious effort, I have been using John's thought processes in my approach to pike fishing out on the East Kent flatlands and the RMC beyond. Whilst the scale of the landscape I'm now targeting is nowhere close to that of Fenland, the purpose of the waterways remain the same. To quickly move surplus water from the adjacent surroundings thus prevent/reduce flooding of these manmade landscapes. Bridges, dams and sluices are all part of the system and exactly the features which John extolled during those crazy times. A barrier didn't need to be impassable to form the boundary of one of John's "virtual lakes".

If some, lame-brained, ponce is now expecting me to reveal all the swims that have provided success to my son/friends & I they will be very disappointed. The purpose of my post is to reiterate how far ahead of his time was John and what a debt of gratitude I owe him. Shame that it's taken a pandemic and much, surplus, time to recognise the wisdom of his "far fetched" hypothesis. All I can say is that once Bev and I have gotten through the funeral and grieving process - we will once again have time to pursue our own dreams and mine, over the next few months, are pike shaped!