The weather has been all over the place for the entire holiday period, never the same two days on the spin. Down in this little corner, of East Kent, we've had sub-zero night times, gale force winds, torrential rain, blue skies and today, day time temperature of 13 C. Little wonder that I struggled to get a bite this afternoon/evening, pike fishing out on the levels. 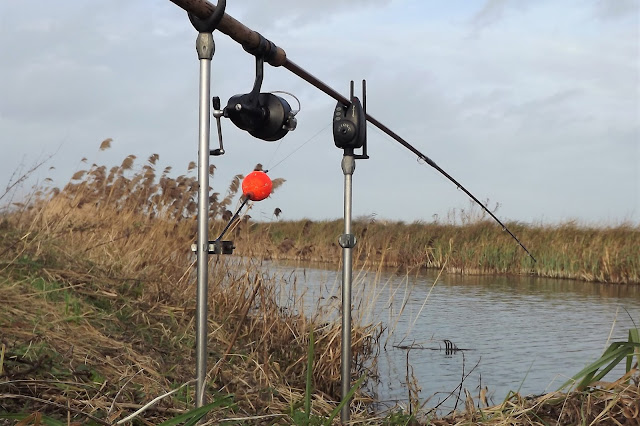 Plenty of surface water on the fields as I made my way to the chosen drain and I knew, even before I arrived, that the water would have far more colour than is normal. I was well prepared, my bag contained some sardines and mackerel - both, naturally, very oily baits, plus I had fish oils, syringe & needle, dyes and buoyancy aids (Fox 22mm Bait Poppers) at my disposal. I arrived just after noon and had two baits out by 13.20 hrs, both heavily laced with fish oils (Pilchard & Lamprey) and "popped-up". 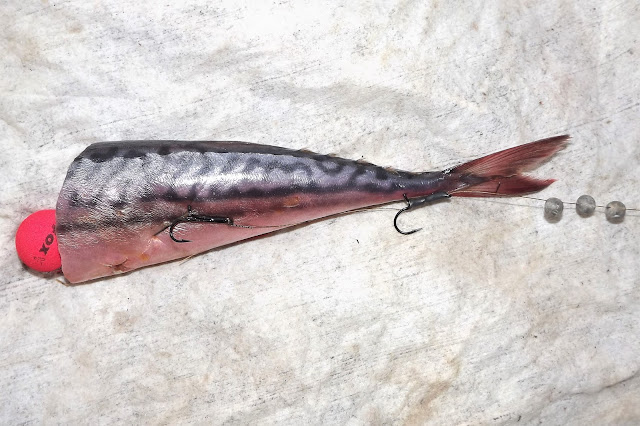 If I've learned anything about pike fishing in flood conditions, then scent has far more importance than anything visual. By popping the baits up, it simply ensures that they are more easily located and the fish oils work that much more effectively by being above the drain floor. Any current will have a greater influence on the dispersion of those added attractors, introduced via the syringe! As this was to be my final session of 2017, I worked hard at my bait presentation and was eventually rewarded with a small jack, on the sardine, and lost another fish barely five minutes later. Show over, despite staying for a further two hours.

Next session planned for New Year's Morning, I'll be out at silly o'clock, to see if I can start 2018 as I finished 2017? Catching a pike!