A month dominated by House Sparrows and the incredible numbers using the garden feeding station. A high percentage of juveniles suggested a successful local breeding season and I regularly witnessed in excess of sixty individuals on, and around, the garden and am confident that well over one hundred birds were present on many occasions. It was like being back in Hertfordshire when I was a child in the 1960's and House Sparrow flocks were commonplace around the autumn stubble fields. 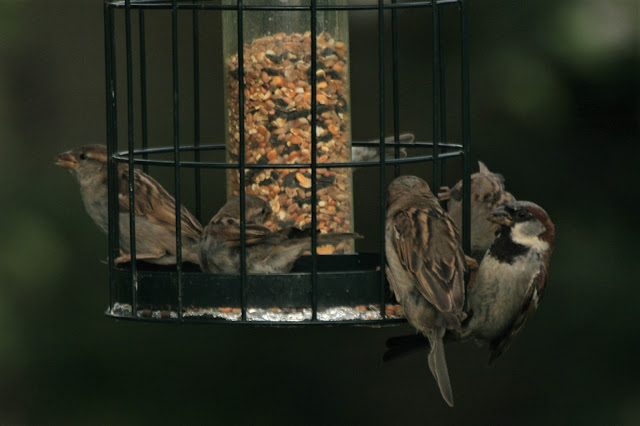 Carp fishing was a struggle, although I did manage a beautiful little wild mirror, from a tiny drain, which I was very pleased about. My regular camera, a Canon EOS 400d, finally gave up the ghost and was replaced by an even older model, a 350d, but I also started to use a Fuji Finepix bridge camera for most of my fishing and insect images with some pleasing results as I got used to this new toy. 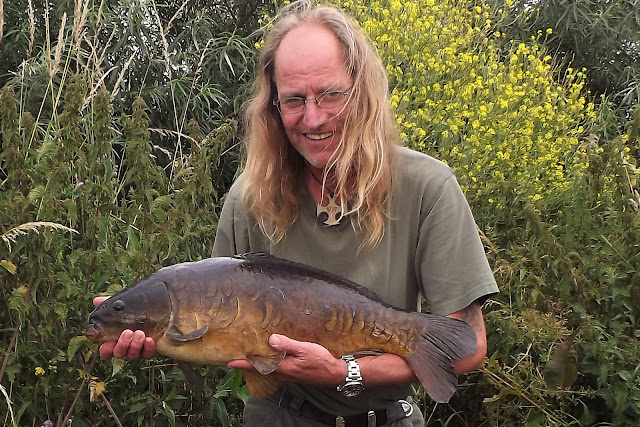 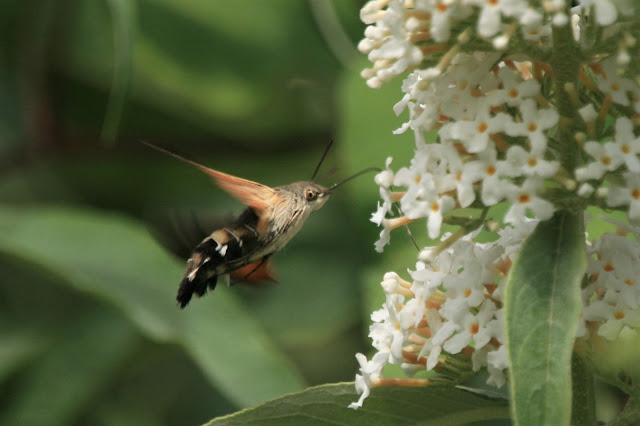 I think that the highlight of the whole month was Bryn catching a gudgeon! A species which I haven't seen for many a long year, but one that was at the very beginning of my own discovery of the joy of angling. 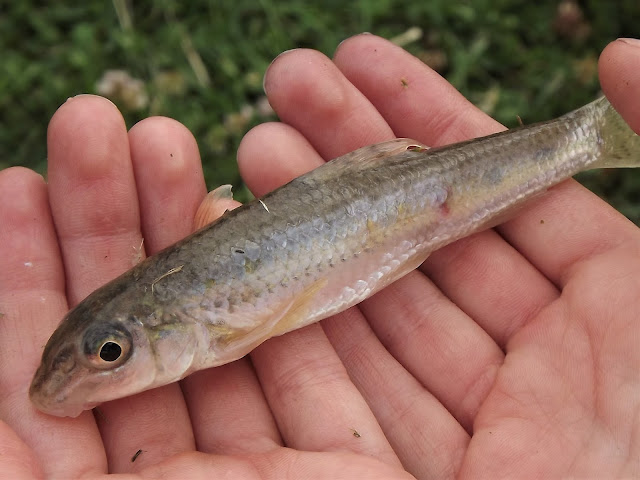 The first anniversary of my father's passing wasn't made any easier when Bev's parents came to stay  with us after her mum had been discharged from hospital. The stress caused by aging parents must be pay back for all the grief you caused them as a child? Four adults in our bungalow didn't work very well and, despite social services making a token appearance, nothing was going to change if we couldn't get them back to their own place. A process which was to take eight weeks! I was the lucky one, I could go to work, Bev had to be on call 24/7.

Unsurprisingly, fishing was consigned to the back seat, although I did manage to grab a few sessions at the club fisheries when Bev was out doing her daughterly bit. I actually caught my largest Ide, but had no scales with me, thus it means zilch other than a nice fish. It was whilst I was down there that I recorded the first Willow Emerald, damselfly, for the area; so every cloud? 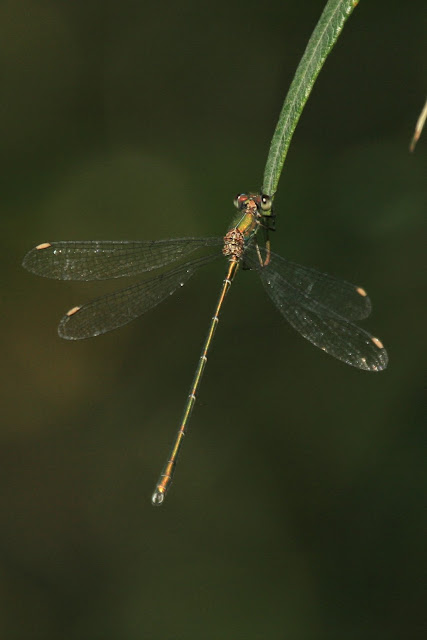 
A logistical nightmare, we were extremely fortunate that Bev's brother, Gary, was able to help with caring for his parents whilst Bev and I flew off to Kefalonia to join, once again, The Saoulas Massive in Lourdas (Lourdata in Greek). Probably the most un-explainable quirk of fate that has ever happened in my life! Quite how this group of people happened to turn up in the same place, at the same time (Sept 2015), and find themselves friends, is truly remarkable. The fact that the bonds are so strong as to keep us going back, for more, suggests something much deeper is involved than sunshine holiday blinkers. We all have our own space and time, yet it is the unity that makes the holidays what they are - bloody amazing!

I have enjoyed the solitude of my early morning walks, the simple pleasure of a poolside breakfast with Bev, the group ambiance of an evening meal at a local restaurant and the full-on party spirit of an evening in Sammy's Music Bar - and so much more. This year was the first time that Bev and I saw other places around this magnificent island, absolutely spectacular. To share these memories with such special friends is beyond any words I am able to write - so I'll use some photos instead! 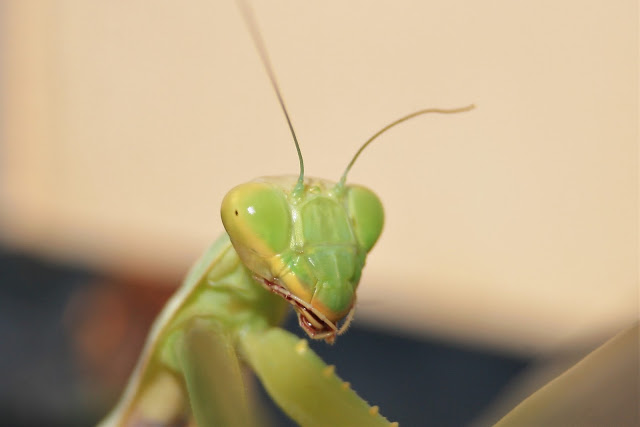 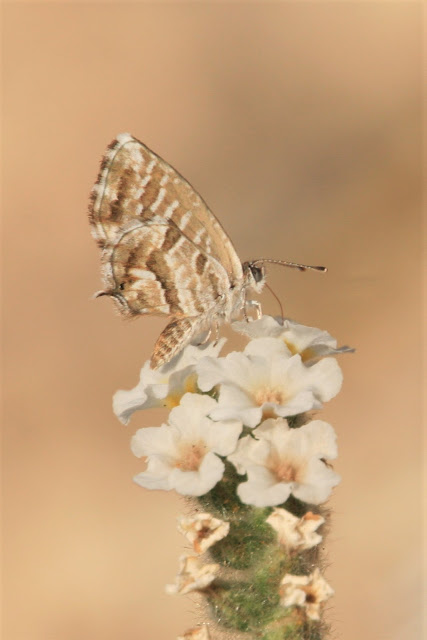 Start of the traditional pike season, although the weather wasn't particularly conducive to such activity in my opinion. We'd had some change in our own circumstances, as Bev's parents had been allowed to return home, with the blessing, and under the watchful eye, of Kent Social Services. The local carp puddle continued to dominate my angling effort as I sought to extract a decent perch from the larger venue. I managed a two pounder, but nothing more, although I have to admit that I enjoyed myself during the sessions I spent at the club fisheries.

An after dark session was to provide a welcome bonus of a 5 lbs 2 oz tench; the largest specimen I've landed in twenty-four years. I was made up! Just a few days later, and I'm back down for another morning session. It wasn't happening for me, so I packed up and was headed back to the car when I stumbled upon a small Grass Snake. To good an opportunity to pass by, I grabbed the snake and managed to obtain some nice portraits as it wriggled in my grasp. 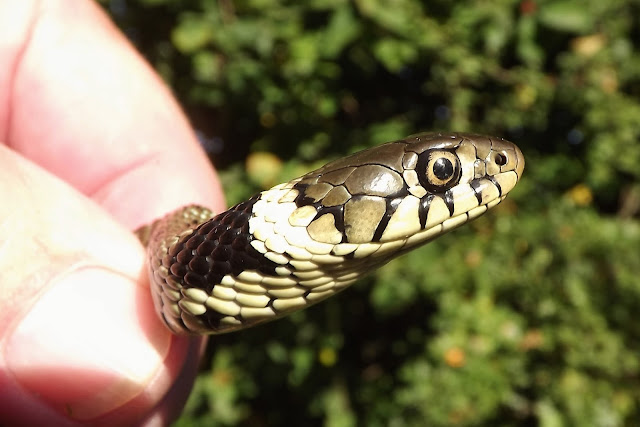 Pike fishing starts in earnest and, very quickly, it becomes clear that my tactics are on the right track. Out on the marsh I am catching regularly, with low doubles being frequent visitors to the landing net. It all got a little topsy-turvy as I'd actually started out the month intending to target the eels. First bite and, after a spirited battle, I got bitten off by a decent pike and everything was turned on its' head. I then deliberate set my stall to catch pike after dark and what a result. I can't make any conclusions, based upon my results, thus far, yet feel that there is an awful lot of good learning opportunity within this concept. I ended the month with twenty-six pike and two eels for my troubles - I was smashing it! 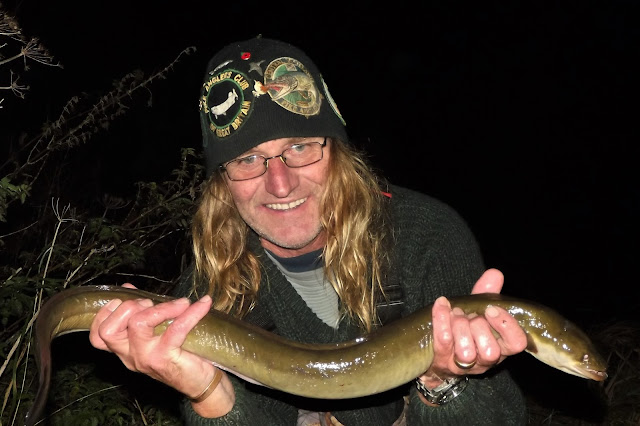 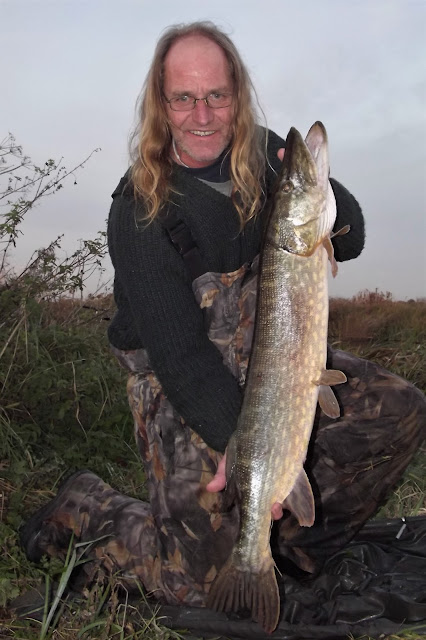 House Sparrows continued to frequent the garden feeding station in numbers that are exceptional, since we moved here in November 2000. Is this a local phenomenon or an indication of a change of fortune for the species within the UK?

We're only three weeks in, so I'm not too sure if I should be writing a summary? It's not been too bad. I've managed my first pike from the River Stour and "semi - twitched" an Iceland Gull, in Ramsgate Harbour plus I've stumbled upon Great White Egret five times, what's going on? 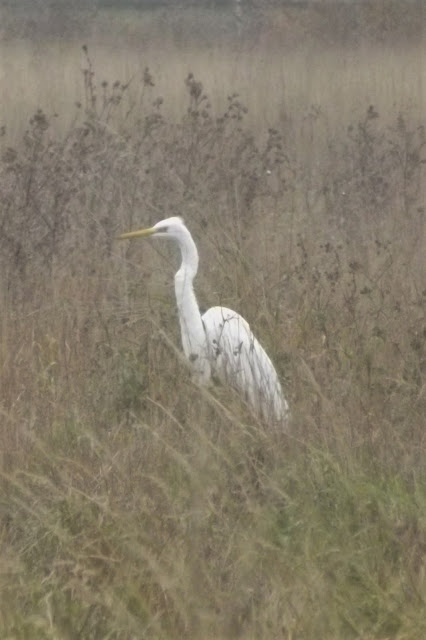 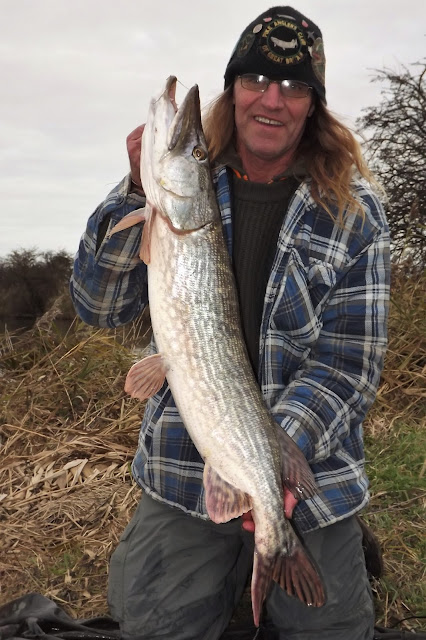 To put the cherry on the cake, a social in The King's Arms - Otterton, Devon, provided the cement with which all these bricks are held together. The Saoulas Massive Christmas bash - unreal, except it actually happened!


So I will leave it here, with little over than a week to go. Sure; of course something spectacular could happen but, then again, it probably won't! I have to finish by saying that 2017 has been special, not because of the natural history or the angling but, instead, the people who have shared my journey through this period. Obviously they include those who are featured in this review, but equally important are my cyber buddies Steve Gale, Gavin Haig, Richie Francis, Derek Faulkner and so many more. Thanks for the friendship and support - "it's been emotional"
Posted by Dylan Wrathall at 16:09