Is luck a factor?

The late Gary Player once famously replied, to a question; about being "lucky to win a major",  with this brilliant answer. "The more I practice, the luckier I get!" He was an outstanding golfer and a huge personality, thus able to carry off such a witty "one liner" with suitable aplomb. In angling circles, jealousy plays a big part of the "he's a lucky fisherman" when, in the vast majority of cases, it's the application of logical thought, allied to specialist techniques,which  have been the overriding factor in any individuals' successes. During the formative stages of my life I have to admit to being on that negative side of the fence. It's easier to explain to yourself, a lack of results, when using that lucky tag to describe the successes of others. Much more palatable than to admit that you just aren't good/skilled enough to measure up? 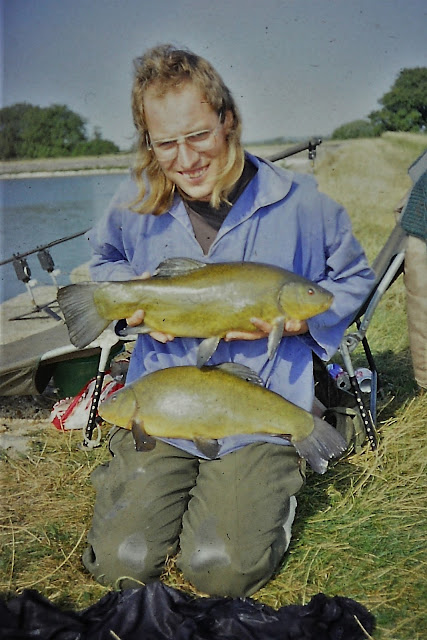 I have, however, now reached this stage in my life with opinions firmly embedded in the "you make your own luck" camp. I should have recognized this understanding of hard work and logic being a far more rewarding (literally) path than the simple "chuck and chance", of my youth, many years ago - but was completely unreceptive to that thought process. It was our (Benno and I) carp exploits on The RMC, that were to bring this into focus. One of Ben's mates is an incredibly successful angler along this venue and had explained that if we hadn't seen any signs, in a couple of hours, move! The "time bandit" approach blown away by this advice. It was, however, already in my repertoire, the earliest experience being my reading of Jim Gibbinson's 1983 "Modern Specimen Hunting" and, as such, allowing an insight into the approach, and thinking processes, of an incredibly talented angler, a guy with other pressures on his time. His fishing being a precious window of escape and relaxation - it follows, therefore, that he did his best to make the most of it. I was suitably impressed and without realizing it, at the time, adapted my approach to the tench of Wilstone Reservoir, with a complete change of tactic. I abandoned the long stay, sit and wait, technique and, instead, adopted a hit and run strategy. I was obviously in a very fortunate situation, my home was less than ten miles away, I worked shifts and could go there whenever I wanted. 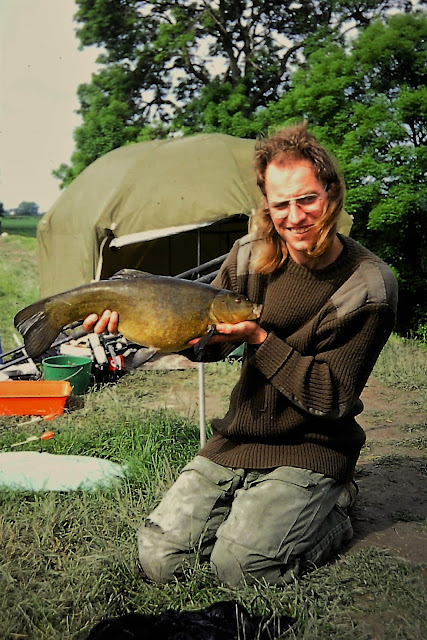 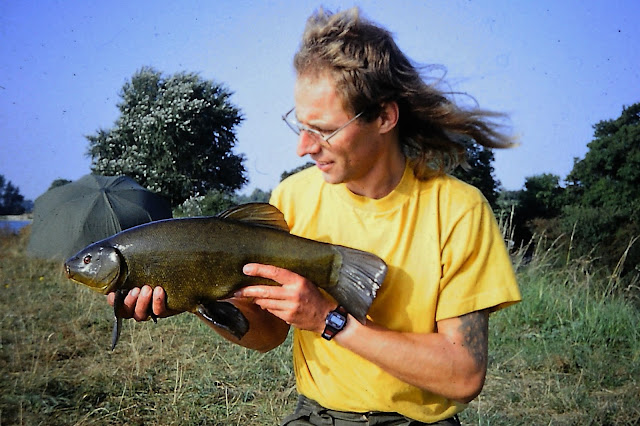 Travelling light, remaining mobile and flexible, I smashed the place up. Over a hundred tench in excess of 7 lbs in thirteen years - all of a sudden, when broken down like that, it doesn't seem quite so impressive? But during that period, it really was exceptional angling. The bare facts are that I only managed two eights and a nine during the entire period. I witnessed loads of big fish, many doubles, yet it was not my destiny to put a net under one for myself. So is there a role for luck in angling?  I can certainly state, without reservation , that I was extremely lucky to have been part of that incredibly exciting time and part of the whole experience of Tring tench fishing during its' absolute peak. I could, however, turn it on its' head and bemoan how unlucky I was not to have taken a "double" - shit happens! My brother, Sye, has a better PB than I, but didn't get 15 tench over 7 lbs during the same period - how is that possible, how is that fair? 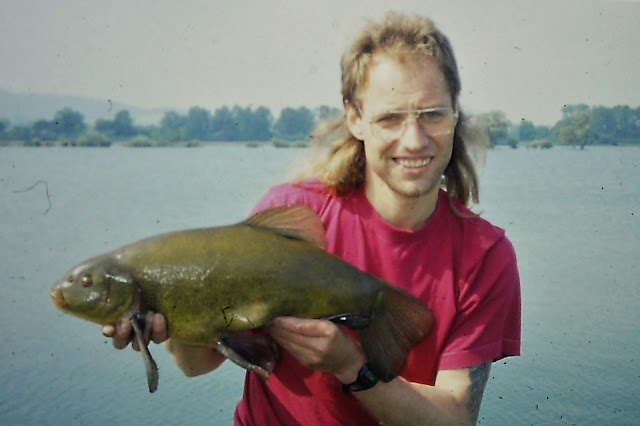 Watercraft, experience and application; it is now the underlying driver for everything I attempt, angling wise. I know that I will get results if I work hard, I also realize that life's not always fair - you can't cherry pick the bits you like and discard the rest. It's a lottery and, if you believe the hype, you've gotta be in it to win it? When viewed in this light, my tench returns are easily explainable - I matched three numbers (7 lbs +) on a regular basis, because I was constant player. I had a couple of five number results (8 lbs 6 oz & 8 lbs 14 oz)  and even came close with five and the bonus ball (9 lbs 2 oz) - just never got that jackpot. That's not luck, that's the law of averages and why the bookies are so much richer than than the punters! 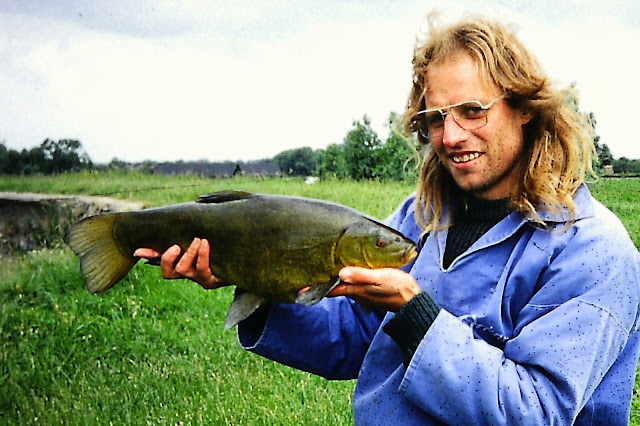 With that gift of hindsight, I have a number of (very plausible) theories as to why I didn't get the tench of my dreams from that magnificent fishery, but that's all by the by. I now have to use those experiences to ensure that my time on the bank is as productive as I can make it. With the very obvious exception of my holidays at Loch Awe, my usual sessions last around four hours - six and I'm pushing it! If I manage an overnighter, then Bev must be visiting friends? 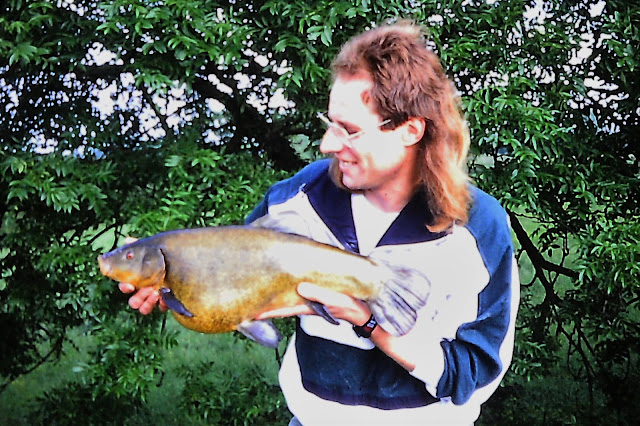 I've used all these images (some from bivvy sessions, others from hit and run tactics) of Wilstone tench, because I have been playing with my slide thingamabob and have been basking in the former glories of a very special time and place! I recall that period of my life through very rose-tinted eyes and am sure that it wasn't all posing with with tench on sunny mornings. I don't care that much for the exact details; it's the lasting emotions, the memories and the lessons which are so cherished. To be able to use experiences from this period to assist my angling today is what makes me tick, not the chance capture of a big fish because I am able to spend unlimited time waiting for a bite. I'm as far removed from "time bandit angling", as is possible, and this is why I don't fit in with the crowd in the local tackle shops - I'm not just nipping in for supplies before returning to my bivvy! In that respect, yes I am a very lucky angler, I suppose!