I took Emily and Harry down to the RMC, on Sunday, where Benno and Bryn were fishing for pike, so we could spend time in the wooden playground, at Seabrook, and feed the ducks.
The playground was central to the adventure, but the feeding of the ducks did provide entertainment, whilst the bread lasted! Emily quickly discovered that throwing a handful of bread pieces into the air resulted in mayhem as squadrons of Black - headed Gulls went crazy as they attempted to get their fair share. She was in hysterics - her innocence being a genuine thrill for me - the cacophony of gull activity due to the simple actions of a child. Priceless! 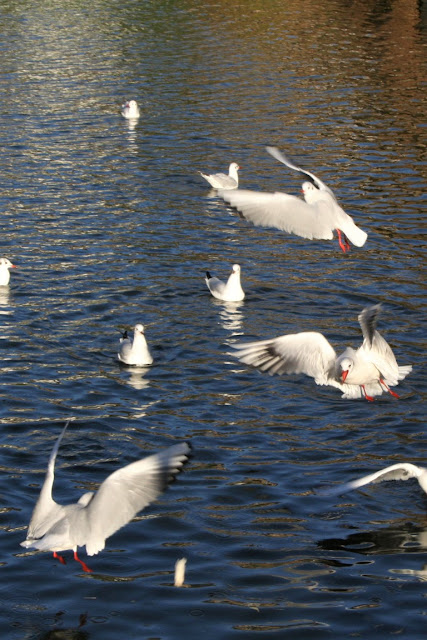