So the first week over already, why doesn't time at work pass as quickly? I had a fantastic morning, strolling west along the coastal strip, checking a couple of olive groves as I went. I was out early, conditions much cooler than recently, it was far easier and much more bearable as a result.
The first olive grove revealed a small fall of Common Redstart and large numbers of Blackbirds, so something had occurred overnight. 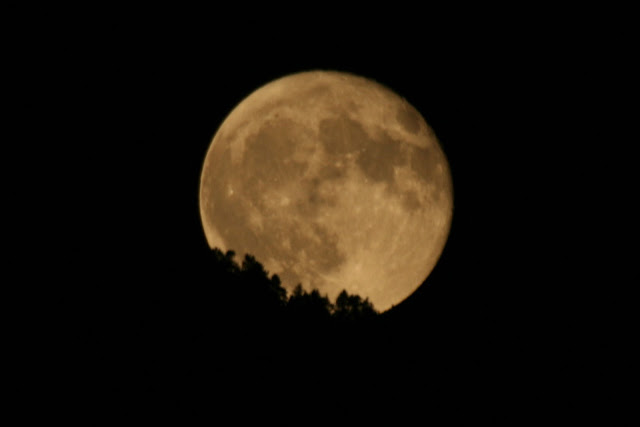 I had photographed the moon rising over the eastern flank of Mount Ainos, before we had gone to bed last, thus it must have been the build up of clouds this morning that resulted in the avian arrival. My walk took me past the Fig Trees in a rather flash garden, no Golden O's this morning, but a number of Sub-alps feeding on the over-ripe fruits. My second Grey Wagtail of the trip called loudly as it passed overhead and a Common Buzzard spiralled lazily over the adjacent farmland. I made it as far as the area where I'd discovered the Tawny Pipits earlier and almost immediately flushed a Crested Lark, further exploration revealed another two, plus a pair of Stonechat (eastern race?), a Whinchat, three Red - backed Shrike and a soaring Sparrowhawk. 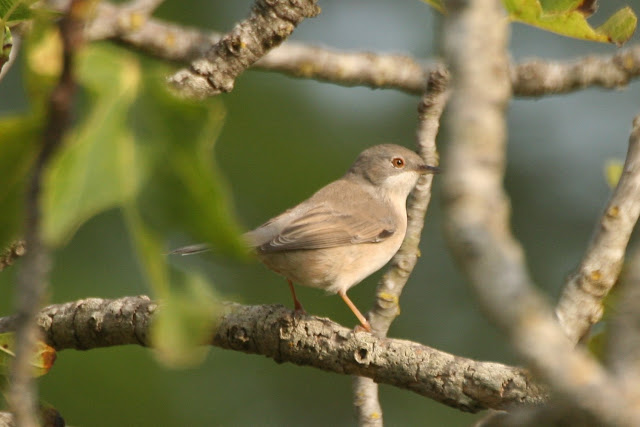 I could hear a Pheasant in the distance, but it doesn't sit comfortably on the list because I am fairly confident it was housed withing a compound of a small holding. A Firecrest, in some dense roadside vegetation was a nice surprise on my return walk and several Cirl Buntings were singing from the wires, but remained skittish and unapproachable. 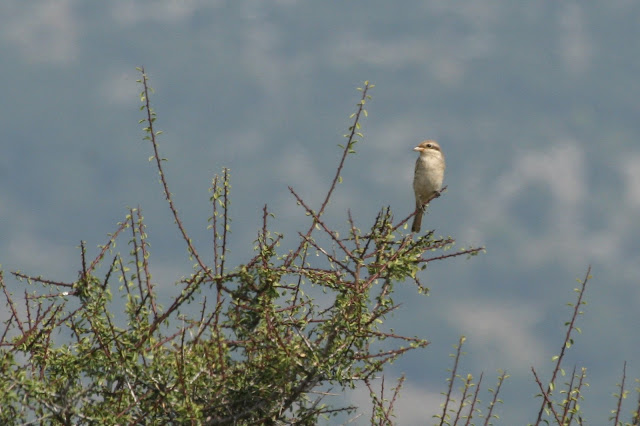