There was a little beetle climbing up the conservatory window yesterday, which, on closer inspection, looked rather interesting. I grabbed the camera and macro gear and took a few shots. A Ladybird? It simply didn't quite fit the bill, so out with my very battered copy of Chinery (Collins Pocket Guide - Insects of Britain and Western Europe) to see what I could come up with. As this wonderful little book only has illustrations of some 2,000 insects, allied to the fact that there are innumerable species that could occur, it was rather unlikely that my beetle would be depicted, but it might just be able to point me in the right direction? Not so - bingo - there it was on page 273 (Ladybirds and Carpet Beetles) Varied Carpet Beetle - Anthrenus verbasci; a result!

The thunderstorms had passed over Thanet before I loaded the car and headed off to Sandwich Coarse Fishery, for an over-nighter. The gear was a motley assemblage of old and new, plus the added Bruce & Walker Mk IV. The challenge has started and almost immediately (certainly within 20 minutes) I found myself playing a lively little "scamp" common of 7 or 8 lbs. The Mitchell 300 was flawless - the rod is something else? There's more backbone in a Jelly-baby! 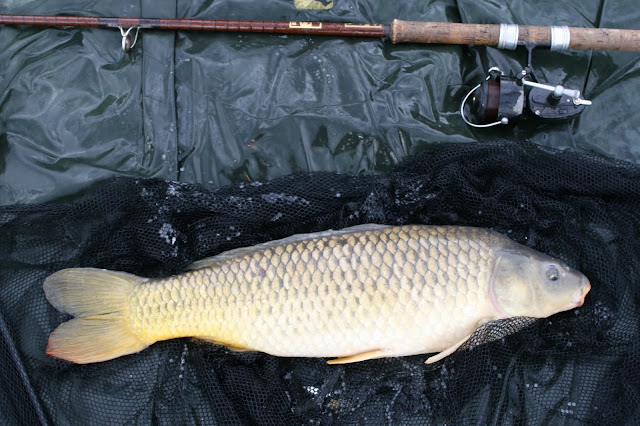 I got a photo, just as part of the process, before returning the fish and getting my rods set up for the coming night. My bait being curried chick peas fished over a bed of hemp and liquidised sweetcorn.
I had five bites, landing three fish (two hook pulls as I struggled to extricate fish from the reeds - one of the benefits of the barbless hook rule at the venue) - best one weighing a satisfying 13 lbs 10 oz
A phone call from Benno, at 07.00 hrs, was rather strange - "What's up?" "You'd better ring Luke - he's had a thirty!" He then told me the details surrounding the capture. I was made up and quickly rang Luke; it was like having a conversation with a drugged up rock star! It was obvious that he was absolutely blown away; he hadn't slept and, best of all, it came from a swim that the fishery bailiff had told him was the worst on the fishery! Well - that made it even sweeter! It turns out that it was a Common and he'd backed it up with a fully scaled Mirror of 18 lbs - fantastic stuff and I'll try to post an image if I get one? 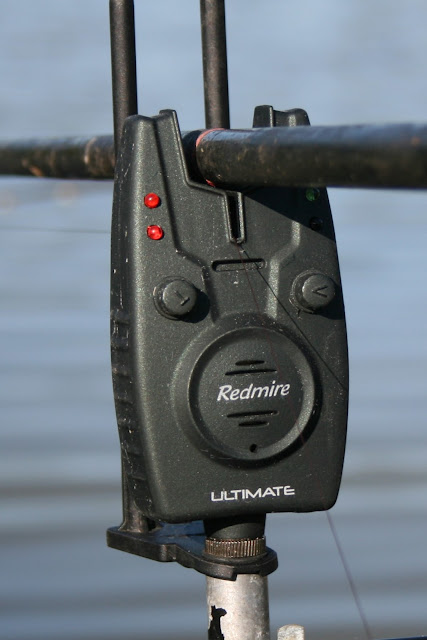 I have to end this effort with a "Tackle Review" - something I used to get asked to do, very occasionally, when I was fishing at Wilstone. I'm not getting paid, I'm not on commission and I have much the same opinion of Dragon Carp as the majority of anglers. However, when all said and done, I cannot find fault with my "Ultimate Redmire" bite alarms. Under no circumstances would I trust them in the damp, but they are an unbelievable product. Far more sensitive than my Optonics and my Steve Neville - they will do anyone, who is a fair weather angler, a great service. There's nothing complicated - on/off and volume controls alongside latching LED's and power indicator lights. They were on sale in Ramsgate - 3 for £5 - if they are still there I strongly recommend you go get some - if only as an emergency back up for your usual alarms. At £1.66 each - how can you loose?
Posted by Dylan Wrathall at 11:47