As with all subjects, individuals will see things from differing perspectives, purely based upon their personal view point. No big deal? It's what makes the world go round - opinions. The barbel of The River Stour (Kent) are central to all my thinking, at present. I've now had two sessions on the river and had absolutely no sign of these fish being present, let alone interested in what I'm offering as a hook bait! What will the 2015/16 season produce? If I am realistic, we (as a group) have never taken a single fish in June, Benno's 11.06, on 5th July 2013, is the earliest barbel we've had from this river. All of my captures have occurred during the period late July - early September (a total of seven fish in three seasons, the first of which, 2012/13, was a complete blank!) I think, therefore, it is a reasonable deduction that it is a very "difficult" river for anglers with limited time, i.e. anglers with a job and other commitments (family, mortgage, etc..) 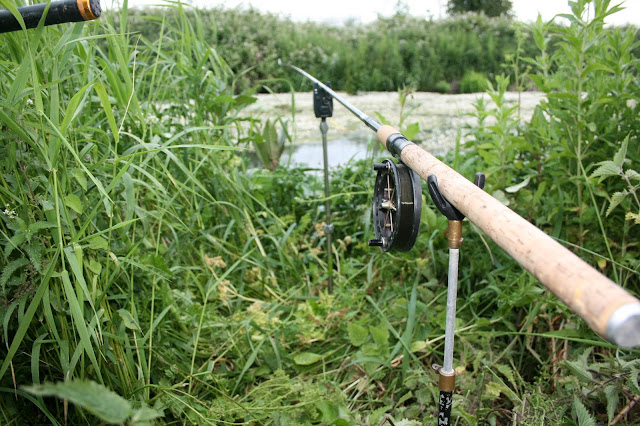 I have found myself seeking additional information via the wonders of "You tube" and the various contributors who ply their wares on this social medium. Egotists and attention seekers abound but, thankfully, there are also plenty of honest guys who simply wish to exchange information and experiences. I still haven't found what I'm (exactly) looking for (cue U2) but there is an abundance of usable advice which might assist my efforts.

Thankfully, I've two other projects which will allow me to change venues, should this particular challenge become a chore? I remain confident that one of us will capture a very large barbel, in the next couple of seasons, but we will need to focus our efforts during periods of optimum conditions. Both Benno and myself feel that we might be a little early, having witnessed the spawning activity on the Sunday before the season opened. I'm happy to give it a couple more sessions before, if nothing happens, taking a break and seeking my alternative targets.
I've made quite a few tweaks for this season, especially to my terminal tackle, which I am hoping will prove to be productive. I've upped the size of my bait to 16mm and, correspondingly, my hook size is now an 8. I'm sticking with Kryston Silkworm hook links (approx 20") with a blob of tungsten putty about 6" from the hook but I've changed over to an 800mm lead core leader, thus removing the need to back lead. I still use a semi-fixed inline lead (anything up to 3 1/2 oz). I have also changed my main line from Diawa Sensor (a fantastic product which has never let me down) to Korda Sub Line, purely because the latter sinks quickly and, as such, gives me better presentation in the clear water of the river. My brother, Simon, is very anti lead core; he considers it to be potentially fatal should a fish be lost? I wouldn't use it if I had similar doubts, but until I learn otherwise, I can't see any problem with this approach in the swims that I fish?  Rods remain my Specialist Barbel 1.75 lbs t/c 12' and my reels choice is either my Match Aerial or a Matt Hayes (centre-pins are absolutely perfect in this situation) It's going to be an interesting Summer/Autumn with so many options open to me.
Posted by Dylan Wrathall at 23:22