I finished my shift at 22.00 hrs and walked home having already heard the "tu-tu-tu" of a Greenshank passing over Pyson's Road during my final tea break. There had been a Whimbrel, heading east, the previous night as I'd been tucked up in my sleeping bag at Sandwich - this weather is certainly providing some interesting bird sightings? (There'd been an adult male Long - tailed Duck off the Western Undercliff, Ramsgate earlier in the week; I resisted the urge to "twitch" that individual, but it is also a very unusual occurrence)

Once home it was a quick set up of the moth trap before jumping in the car for a trip to Tesco's Manston. The nice (?) thing about late night shopping is there are very few other punters about and it is a relatively simple exercise of collecting together whatever is on my shopping list. I was back home just after 23.00 hrs and cracked open a San Miguel whilst keeping an eye on the moth activity around the MV. It was around 03.00 hrs that I finally decided that it was time for a kip - watching the moths around the light is almost hypnotic, although I had spent quite a while researching advice on carp fishing in running water (there's a project afoot that I'm getting quite excited about). 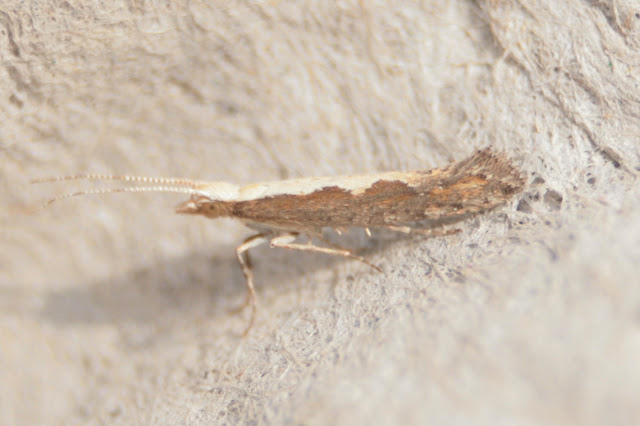 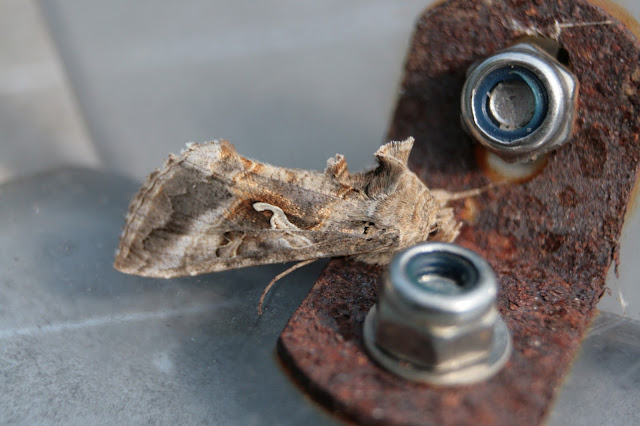 I'd switched the trap off and covered it to prevent moth trap carnage (House Sparrow predation) just after 05.00 hrs but didn't make it, properly, out of bed until after 09.15 hrs - lazy sod that I am. The selection of trap interns was all very predictable, but a couple of Silver Y's and a dozen, or so, Diamond Backs suggest that there is migration occurring. I get quite blasé about these species, yet wonder how I'd view them if I'd remained in Hertfordshire? (Not that I'd have been mothing at all - it was SBBO that provided the spark)

The highlight was provided by a "lifer" - nothing particularly outrageous, just a very tiny micro which I'd probably overlooked on numerous occasions? Very closely related to the "Adidas Moth" of the tea room folly, Argyresthia cupressella is an adventive species, from North America, which was first discovered in the UK in 1997. I managed to get a few, rather poor, images which aided my search for an id.