What were we thinking?

Benno and I met up at the entrance to Sandwich Coarse Fishery just before 07.00 hrs. The gate was locked and we chatted about the prospects of the fishery being frozen whilst awaiting Kev, the fishery manager, to arrive and open up. It wasn't long before he pulled up and allowed us access to this superb little commercial fishery complex. Sure enough, with Luke also, socially distancing, joining us to survey the scene, Victory Lake- our preferred option, was coated by a sheet of ice so it was one of the match lakes, where an aerator was in operation, which allowed us to cast a baited hook. It was bloody freezing and we endured four hours before throwing in the towel. I did have a bite, but it failed to register on the alarm due to my line being frozen in the tip ring! Luke did manage three fish to the net, an F1 hybrid plus a couple of nice perch, the best of which tipped the scales at 2 lbs 1 oz. 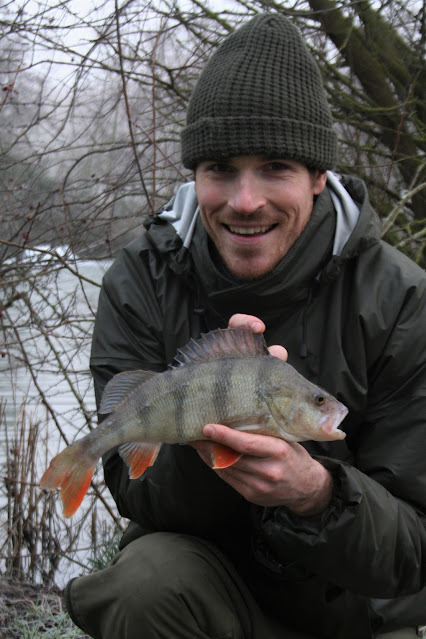 It was ridiculous, the air temperature not rising above minus two all the while we at the fishery. The bankside vegetation coated in frost as fog persisted for the majority of the morning. Yes, it was nice to spend some time on the bank, but it wasn't what we'd hoped and I didn't have any issues when deciding to call it a day. Back home by noon, Bev and I set about getting the Christmas decorations back up into the loft and, whilst taking down the outside lights, was able to add BWKm0 No. 18 in the form of a male Song Thrush which was singing, heartily, over at the farm compound. With a week of late shifts looming and the prospects of overtime becoming par for the course, I'm keeping an eye on the weather in the hope of getting a pike bait into the local drains as soon as is practicable? With five extra days holiday available, which must be taken before 31st March, I'm happy to use them, mid-week, should our work pattern return to that of pre-Christmas.