Unable to sleep, due to trolling by the "back gate repair police", I was up early doing my best to meet their ridiculously high standards. The embarrassment of making such a childish error being a huge stain on my reputation amongst my neighbours, all of whom have back gates which conform to regulation. If you've made it this far and believe a single word of this dribble then you're thicker than Donald Trump!

It is true that I took on board the advice offered by Gavin Haig and have, indeed, repositioned the lower brace to match that which he mentioned. I am, therefore, grateful because it was another good morning for garden birding with a further five species added to the BWKm0 list.

No. 30 - Greylag Goose - a single, flying west, is the first garden record and only the second for the "patch". White-front, Pink-foot and Tundra Bean Geese are all more regularly recorded around Newlands Farm! 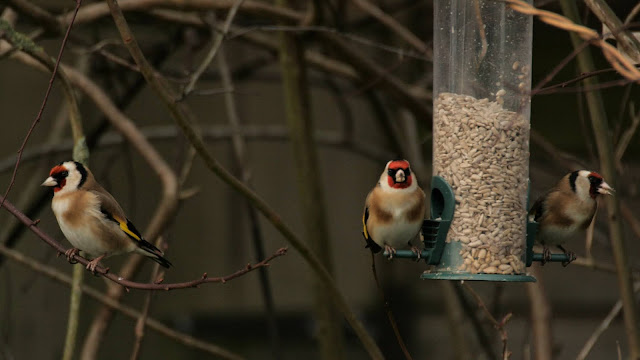 Goldfinches still remain the second most numerous visitor to the feeding station, numbers continue to build with 28 being counted mid-morning. I imagine it would require a ringing project to establish exactly how many birds are using this food source each day? The female Greenfinch appeared, very briefly, and a Robin was picking up scraps below the feeders, allowing me to grab a few images. 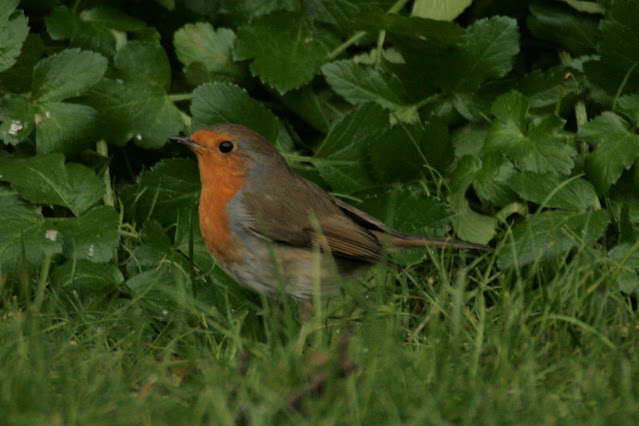 With a week of late shifts about to start, I feel sure that there are more opportunities to add further species to the garden list as the seasons play out their annual cycle. With so many very common species still required, any time spent outside will offer potential for adding to my tally.