Unless something extraordinary happens, today was the last pike session I'll be having before Boxing Day. Work is absolutely crazy and the money, on offer, far to much to turn down. When the gravy train hits the "Brexit" buffers I'm sure I'll have all the time I want to cast a bait for old Esox. In the meantime, I happily work sixty hour weeks, with all that it entails, knowing that the retirement clock is ticking and I should get what I can whilst it's available. No surprise that I returned to the section where I'd enjoyed such a wonderful result, last time out.

It was a lovely day although the water was carrying a lot of colour following the recent heavy rain plus the EA had the sluices open, creating quite a current for this venue. Nothing that I couldn't cope with, but I knew it would be a struggle to keep floating debris from causing false alarms and so it proved. It was an absolute privilege to have both Brian Harper and Ian Roberts (Folkestone Birds) come to, socially distance, chat with me during the early morning. There is so much that birding and angling have in common. Brian couldn't stay for too long, but Ian was far less tied to a schedule and was on hand witness my first bite of the session and the resultant 11 lbs 10 oz pike. It was a really nice gesture for these two guys to make the effort to come out to see me - it's nice to be nice! 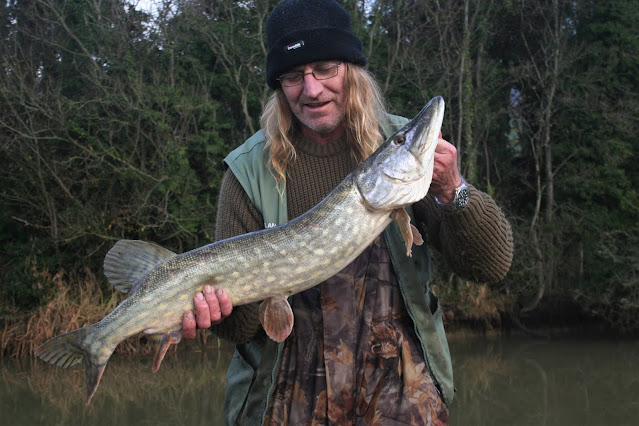 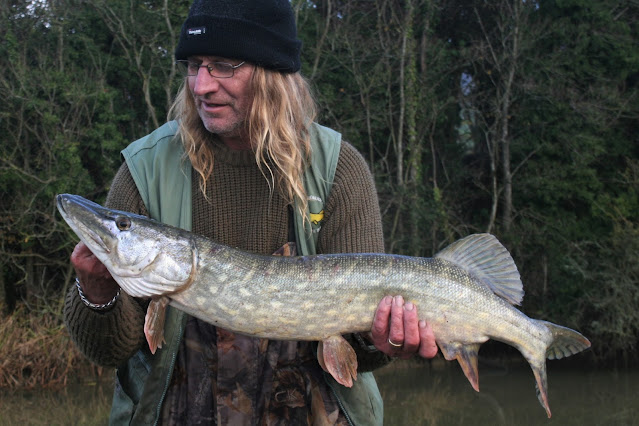 However, they both had work commitments which ensured I was all alone when the second bite was announced by the Siren R3's. A cracking scrap, partly due to the floating weed, resulted in the second double of the session being drawn over the chord. 13 lbs 9 oz - I'll settle for that. 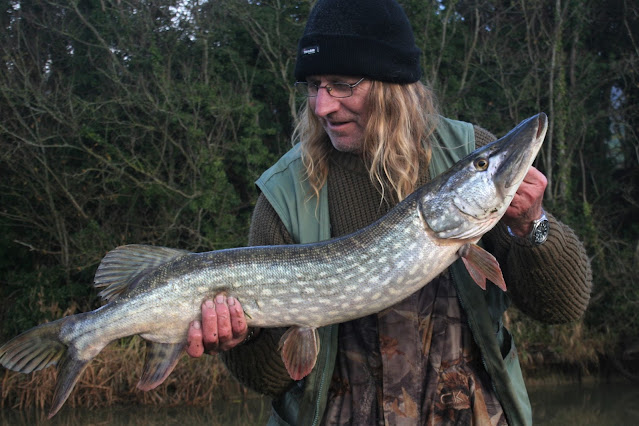 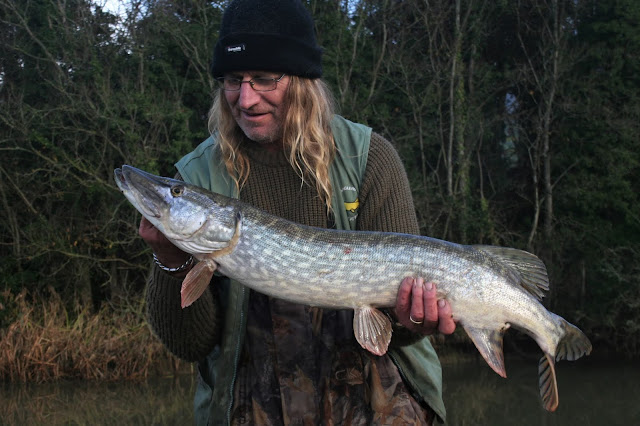 The session meandered along, I spent quite a while watching a female Kingfisher attempting to find a meal from the opposite margins. The camera work isn't much more than "record shots" yet plenty good enough to post here. 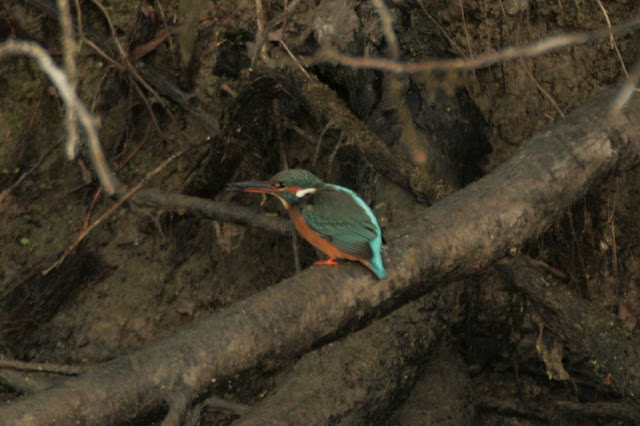 Mid-day had come and gone without any indication of another pike, so I recast all three rods, giving the baits an extra dose of Predator Plus & Herring oil in the process. Less than an hour later one of the alarms burst into song as my third bite of the session was registered. No dramatics, I felt sure that it would be a "nine" but the scales revealed a pleasant surprise - 10 lbs 5 oz - very nice. Three bites = three doubles, my target of twenty looks well achievable at present. 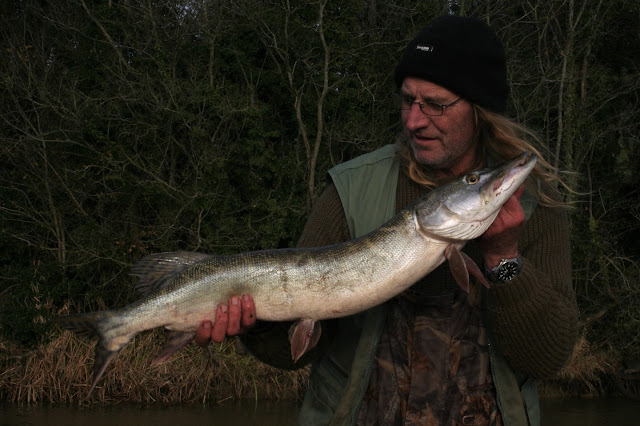 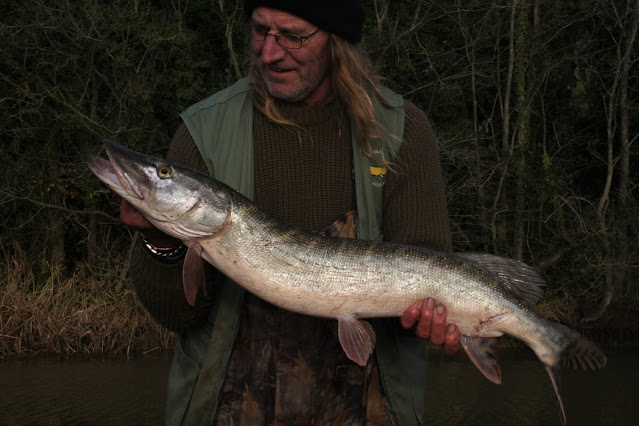 In the run up to Christmas I'm not too sure how much scope for blog entries there will be? Rest assured, even if I'm unable to get out, Benno & Luke (and brother Sye) are still chasing dreams and if anything, worthy of note, occurs, you'll see it here first.