Always look for the bright side

Benno and I got out on the marsh for a few hours, pike fishing, this morning. My first session since 9th December and, as such, very enjoyable although I blanked! Be fair, with my recent run of good fortune I was due a blank and wasn't overly worried. It was just the getting out on the bank which was important given the insane amount of overtime I've been doing in the run up to the holiday break. Benno, on the other hand, had three bites, landing two nice pike, thus ensuring we had something to be positive about. A cracking morning spent chatting about all sorts of things and further enhanced when Luke, then Neil Davies, turned up to, socially distance, exchange seasons greetings and good humoured banter - all very welcome in these crazy times. Now back home, sitting in my study as Storm Bella builds momentum, I've already seen both fox and hedgehog coming to the food placed in the garden specifically for this purpose. It's a privilege to be able to enjoy such close encounters with these wild creatures and something which the Covid fall-out has made me acutely aware of. Bev and I had to take presents over to my daughter, on Christmas Eve, and had to endure a hazardous journey caused by the backlog of lorries waiting to cross the Chanel. It took us over two hours to travel twelve miles and we were moaning! Hang on!!!! Those poor sods, driving the Lithuanian/Polish/Italian/Czech/etc.. registered vehicles wouldn't be spending Christmas at home, even if they made the ferry. Cheers Macron - not! What I'm attempting to put into words is that however crap we perceive our own situation you can guarantee that there are so many others far worse off. 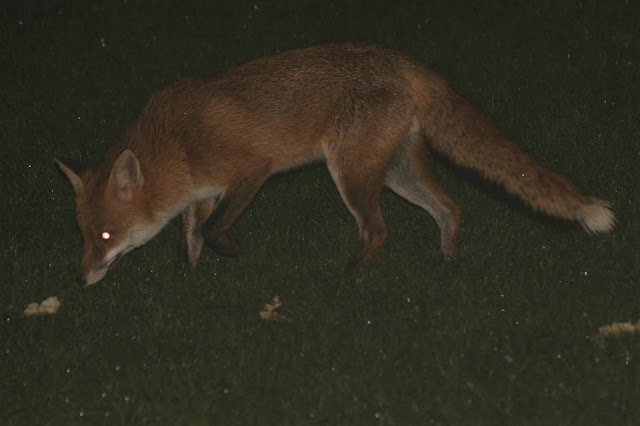 It's that time of year when us bloggers traditionally post a review of our highlights for the preceding twelve months, attempting to paint a glossy overview of the annual cycle. However, given the pandemic and all its' associated restrictions, it would seem that this year might be a write off? It's not so, 2020 has proven to be an exceptional year, for me and many others, purely because we've been forced to reassess what we'd previously taken for granted - the local wildlife. I'm hoping to get a post together shortly, which might help put a positive spin on, what has been, the most surreal twelve months of my entire life?