I have spent an inordinate amount of time scrutinising various, pike related, offerings on Youtube. As a resource the information available, via this cyber platform, is absolutely incredible. However, I find myself completely out of touch with so much of what's on view because I have been pike fishing longer than the majority of contributors have been on this planet. Lures/artificials are very much in vogue, it would seem, although quite understandable from a commercial perspective. Live and dead bait techniques are also covered, but without the frills, purely because of the market forces now involved, Tesco sardines don't feature in the mix because they don't contribute to the coffers of Drennan, Fox & others. I quickly realised it was a complete sell out when Mick Brown (a pike angler of huge reputation) sold his soul to Shimano by singing the praises of a "Baitrunner", in a pike fishing context, over the open bale arm technique - everyone has their price, so it seems?

So whilst I admit to being entertained by these Youtube offerings it is very rarely that I stumble across anything worthy of merit. My roots are firmly planted in an era when, actually, catching pike was more important than looking the part. Very much the polar opposite of modern angling and the fixation with brand labels and fashion statements. If I required a piece of kit, away from the mainstream, then I'd happily make it myself. Pike monkeys are one such item which are not, never have been, available in the tackle shops. The sensitivity allowed by their incorporation into my bite indication is, without doubt, a huge advantage. My youngest brother, Sye, is a dab hand at knocking up bits of kit which are off the commercial radar. Bait boats, specifically for dead baits, and, extremely loud, back-biter alarms are just two examples of his talents. Designed and built specifically to fulfil a purpose which we've identified, our Loch Awe adventures being the catalyst for many of these innovations. We had "deeper pro"-type technology way before the carp guys had cottoned on to this. Just like so many other ideas that modern anglers would like to think they'd "invented", the original concept will have been spawned during the incredibly fertile period, for specimen angling, post Bernard Venables and his Mr Crabtree cartoon strip. 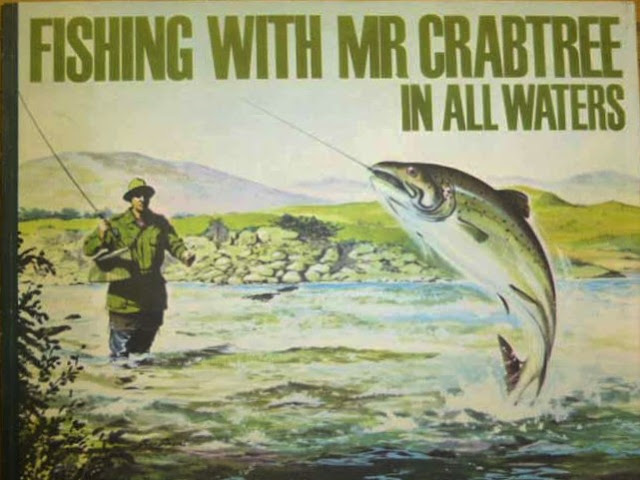 How does this all fit in with my slant on "Old School" pike fishing? You've only got to look at my hair to know that I'm rather resistant to change yet, not so stuck in my ways as to deliberately ignore the huge advances in terminal tackle quality due to evolving technology. I suppose the "don't mend what ain't broken" mentality prevails in the most part. So, yes, it's a no brainer where line and hook reliability are concerned, but rods, reels, bank sticks and the like, who cares? Certainly not the pike! Modern trace wire is light years away from the single strand "Alasticum" material which was the only choice in the 1970's! The beginning of the 1980's saw the introduction, to us pike anglers, of seven strand "Marlin Steel" trace wire. It was a complete revelation and, for me, set the new bench mark. Technology, however, wasn't going to cease advancing the quest for ever more supple materials with which to produce pike traces and, as a direct result of fly fishing for these predators, has seen the emergence of  the Iron Claw "Authanic" wire (there may well be other brands - I don't know?) No crimps or "twiddling sticks" for this stuff, all that's needed is the ability to tie a three turn blood-knot and away you go. Madness! It's almost like using braid, opposed to traditional wire, and, as a result, my dead bait presentation moved up another notch. 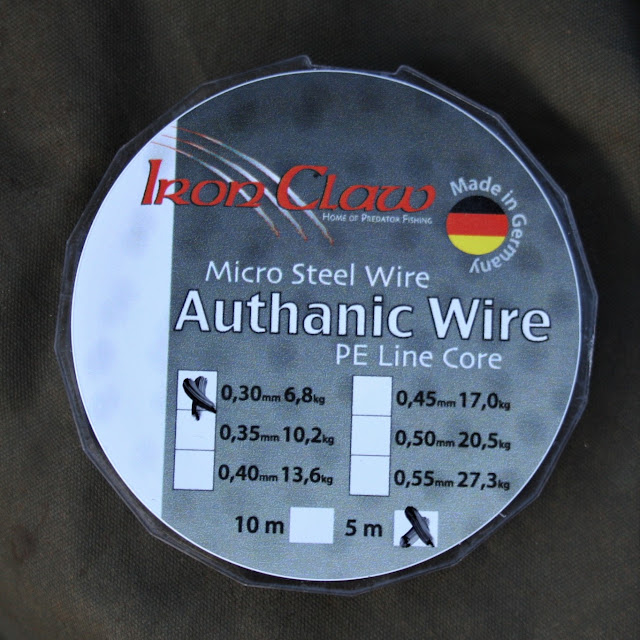 Hook manufacturing has reached levels that I could only have dreamt of, way back in the early 1990's, yet sadly, the production of double hooks, for pike fishing, seems to have fallen out of favour. I am fortunate enough to still have a small stock of these hooks, but they won't last forever and I find myself scouring the internet seeking new suppliers. Now this is where Youtube has come up trumps. I haven't parted with hard earned money to prevent my viewing being littered with adverts but, what would you know, there is a product out there called Bondic which is a UV curing plastic glue that might just allow me to produce these items for myself? There's a tube on order and a blog post in the offing if I manage to create the desired, usable, hook pattern. You saw it here first!

Didn't you say "old school" - "What's wrong with using trebles?" Well, to those of you who are relatively new to my ramblings, I ceased using trebles, and live baits, in the mid-80's. A long chat with Vic Bellars at a NASA, or PAC, conference was all it took to convince me of the barbaric nature of pike fishing with trebles. I suppose it helped that I was, back then, a member of the Luton PAC region under the leadership of Andy Windmill. It was Andy and Alan Beat, along with Vic, who were to offer alternatives to the hideous contraption which is the snap tackle. Sadly, Alfred Jardine would still see this hooking arrangement in use in 2020, despite his passing in 1910. Not all of the theories offered by Andy, Alan or Vic, have stood the test of time, but the removal of twin treble hooks from the equation has certainly stuck with me. What next? Circle hooks are definitely worth exploring as Benno & Luke can testify. I think what I'm trying to say is that although my bank side appearance has changed very little since the Tring days of the 80/90's what I'm now presenting in the water, thus what the pike encounters, is far removed from that period. Would I catch more pike if I embraced modern lure fishing? Quite possibly. Would I catch more "big" pike - I very much doubt it plus I wouldn't be able to get distracted by the wildlife which inhabits the venues I choose. Pike fishing my way. I do it because it suits me and is not a template which others need to follow in order to glean enjoyment from the same journey. There's so much more to my fishing than catching "big" fish, but without those targets I'd not be so passionate about my time spent, impatiently awaiting events, behind the rods. If you've made it this far, many thanks. All that remains is to wish everyone who has supported my blog, over the years, a very Merry Christmas and a safe, peaceful, Happy New Year - cheers!