Red letter in the wind & rain

Today was the only day available this week, so it didn't really matter what the forecast was, I was going pike fishing! As it turns out, despite the horrendous conditions, I had a session to remember. I'd decided to fish at a spot which I'd located using Google maps. It was quite an obvious feature, when viewed from above, and required a decent hike to reach it, thus in a very lightly fished part of the RMC. I arrived in the dark and left at dusk, so gave it my very best shot. Four bites were registered, the first two fish came adrift during the fight, which didn't bode well. Although I had seen the first one and it was no more than five or six pounds - hey ho! At 11.45 hrs I had a very short lift (6 inches) on my right hand rod followed by a couple of bleeps. I picked up the rod, feeling the line twitch a couple of times before setting the hooks. Game on this time and I eventually netted the fish which, as soon as I saw it, had ensured my "wild twenty"  target was in the bag! It was a right caper getting the fish weighed and photographed, under the circumstances. Strong winds and driving rain aren't particularly conducive for self-take efforts. 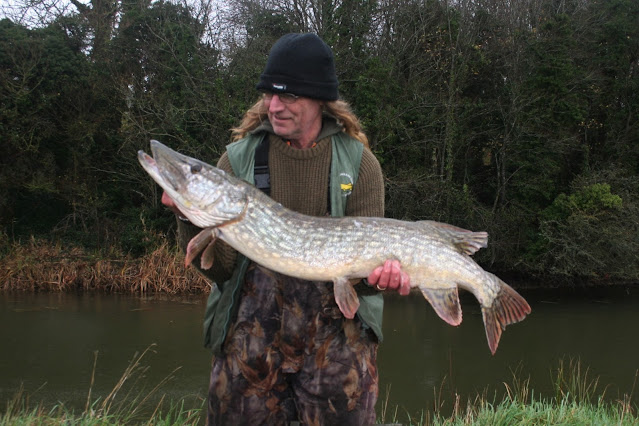 So I rang Bev, Benno and my brother Sye, bursting with adrenaline and needing to speak about the fish before resuming my position, tucked away in the shelter of my brolly. I was buzzing, it had been a target that I knew was achievable, but not on my first visit to a new swim? Luck or watercraft - most likely something in between. It was almost 14.00 hrs when that same rod registered another, very twitchy, take and I found myself attached to another beautiful, big, wild pike. As it slid over the net chord I was thinking that it was the same fish. The scales revealed it was not so, although it was bloody close. 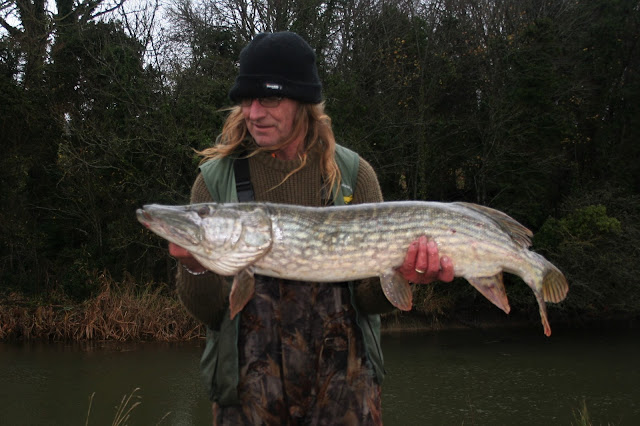 I should have gone home, there and then, but greed got the better of me and I remained on the bank until just after 16.00 hrs without another bite. So my twenty is in the bag, I've now taken eight doubles since 1st October, can I make it twenty by March 14th? It's a target that will certainly keep me focussed during these crazy Covid times.