For a third weekend, on the trot, I find myself stuck at home unable to do much other than stare through the study windows at the garden feeding station. On Thursday Bev had told me that she'd seen a bird with a red face on the feeders so it wasn't too much of a surprise when a Goldfinch appeared this morning. Sadly my pitiful attempt at a photo is not worthy of sharing, although I am going to include it in my tally. I also managed an image of a cock Blackbird, so my photo total now stands at twenty-one species for 2020. 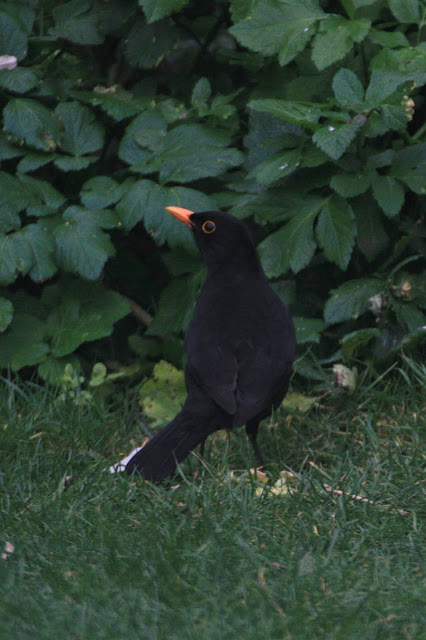 The most interesting sighting of the day was that of an extremely pale (female ?) Great Tit. Regularly visiting one of the sunflower heart feeders, it had a very unusual head pattern, with restricted white facial markings. My pathetic attempts at grabbing images were further hampered by the fact that I was shooting through the windows of the summerhouse. Under the circumstances any image is better than nothing, so I am happy to allow others to see what caused the puzzlement. I'm sure I've seen images of all dark headed Great Tits from other European populations, but this was the first example of an alternative facial pattern I've ever encountered in the flesh, so to speak. 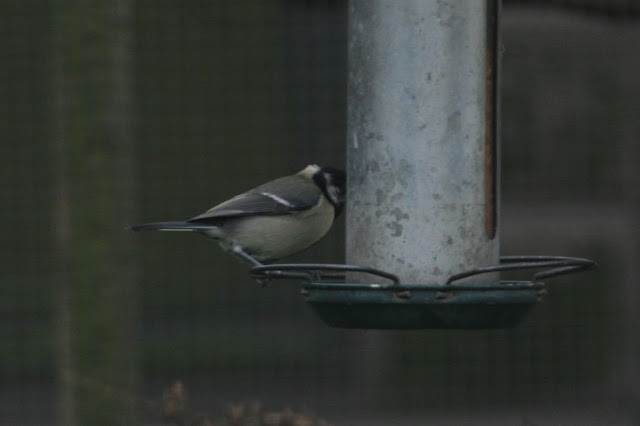 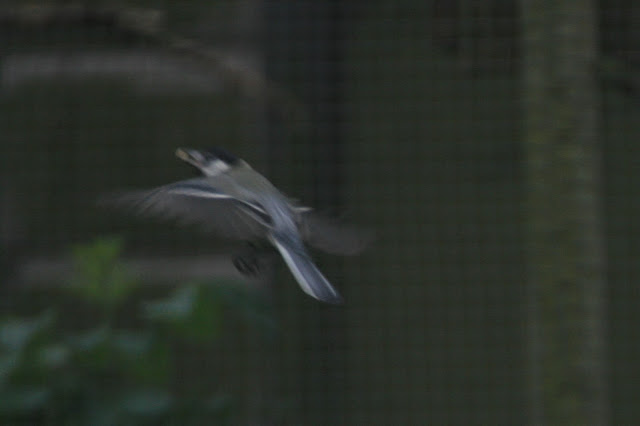 Activity around the feeders was regular, if not hectic, and I managed to grab a rather pleasing shot of a pair of Rose-ringed Parakeets as they squabbled over prime spot. Again, taken through my study double glazed windows, it goes to demonstrates how far digital technology has come to allow such results.