The demise of the blogsters?

This thought process was started by Stewart Sexton (Stewchat/From the Notebook - blog) who was threatening to remove some linked blogs from his sidebar due to extended periods of inactivity. Steve Gale (North Downs & Beyond blog) offered his views on the subject and added food for thought, from my own standpoint.
Only a fool would deny that maintaining a regularly up-dated blog is a chore. It requires time and effort and, if you are anything like honest to yourself, a degree of egotism. I can attempt to disguise it in many ways, but the underlying driver is "look everybody - this is what I've done today!" Obviously it is no more mandatory that people read, than it is you write, your stuff. It is a medium by which individuals are able to share experiences with others. Since the advent of blogs has come Facebook and Twitter - social media for the masses, txt speak and dumbing down, to deliver immediate gratification for all involved. Blogging has got left behind in this whirlwind of technological advancement. I think that it would be fair to suggest that bloggers are now a bunch of "mature" people who've been there, seen it and got the "T"shirt. We're old school and as such, victims of our own making. Those blogs that are no longer vibrant and alive are a result of self imposed restrictions and the subsequent lack of fresh material to blog about. The law of diminishing returns - if the whole purpose of a blog is to report garden moths/birds/plants, etc.. you quickly run out of things to write about, or run the risk of becoming very predictable.
So what do I suggest to avert the demise of a blog? Number one - don't restrict your subject matter to a specialist audience, look outside the box! Number two - don't worry about offending people, I do it all the time and no-one has died. The world is a massive place and there will always be someone that will have differing views. Number three - rejoice in the freedom of expression that comes with being a blogger in the UK. Obviously I'm not condoning anything which incites intolerance of religious, racial or sexual orientation, but we have laws defending our freedom of opinion - use them to express your own perspective on the world in which we live. (If Gavin Haig is reading this - get Not Quite Scilly back up and running, you've served your time!)

So, just to keep a link with why I blog, some stuff from the garden, this morning. Plenty more Chiffchaffs frequenting the buddleias, three Swallows skimmed north and there was a definite increase in Chaffinch numbers around the area. It might not be much, but it's what's happening around Newland's today. 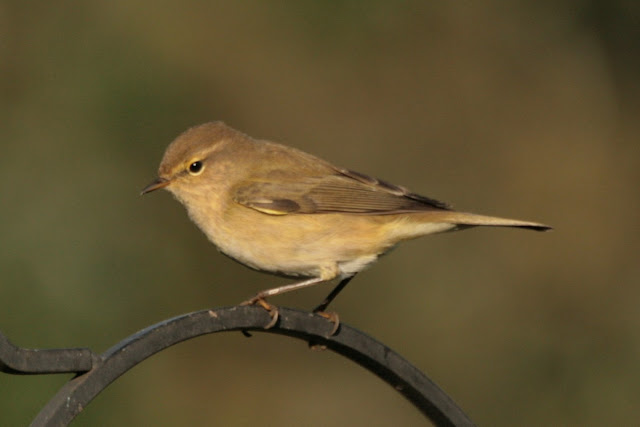