The moth trap wasn't turned on until 22.30 hrs, last night, due to me being on lates. No big deal - conditions were reasonable and by delaying the set up most of the previous nights catch should have had a chance to disperse? Seven Vestals this morning with single Rush Veneer and Silver Y plus all the regular species I'd expect at this time of year.
The gulls were a little agitated, so I fitted the big lens and took my camera and binoculars out into the back garden. I couldn't find anything which could be causing the angst, but a few pulses of Swallows swept by, heading south and a couple of Siskins were also noted. I'd been surveying the scene for about 30 minutes when I glimpsed a bird flitting about in an apple tree six or seven gardens to the south. Its' id confirmed, as I raised my bins, as a Pied Flycatcher! Bloody hell, the first Newland's record, and it got even better. As I watched; it made several sorties and, in doing so, moved ever closer to our garden before, bingo, there it was in the Elder (the same one which attracted the Garden Warbler earlier). 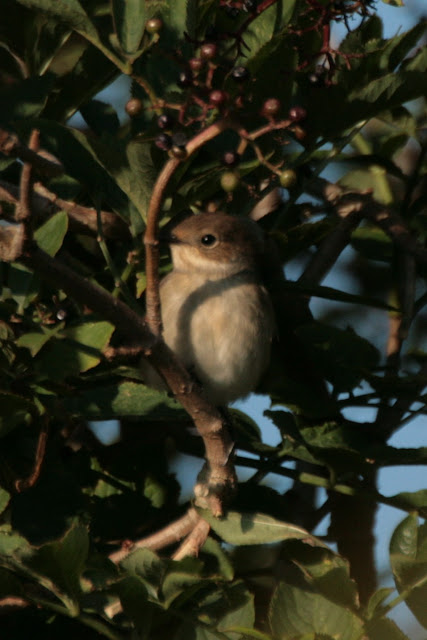 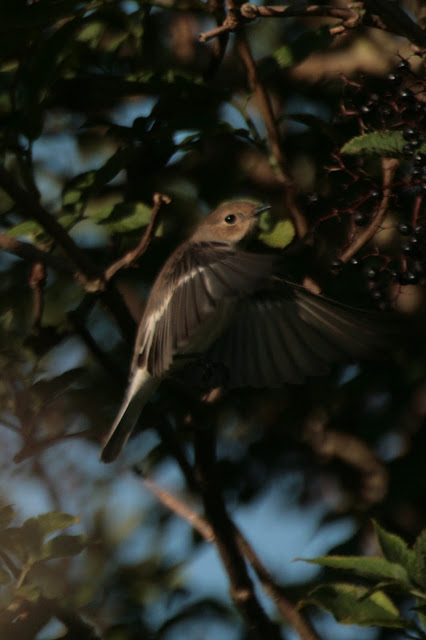 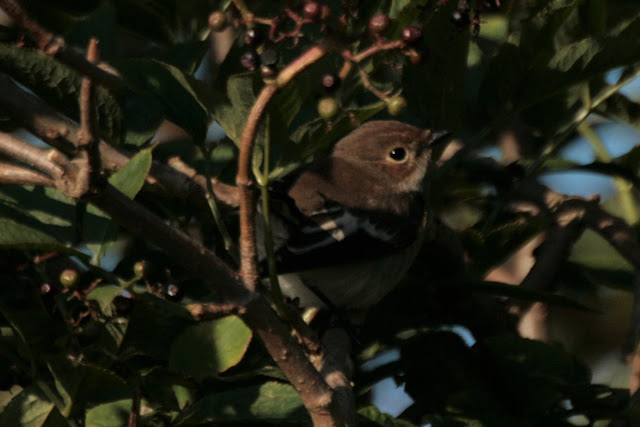 I rattled off a series of shots, ensuring that this sighting was beyond doubt! What a garden tick -  moments like this are what makes the simple joy of patch/garden watching such a pleasure. Conditions look good for a raptor, or two, so don't be surprised if this post gets added to later this morning!
Posted by Dylan Wrathall at 08:52