Making the most of it

Not the most eventful day at work, but I did discover that I was over-qualified, by some considerable margin, for Government funding, when I attended a session to enrol on a Business Improvement Techniques NVQ course. No great shakes, but it would have been far easier if this had been explained before I said I'd "give it a go!" My shift over at 14.00 hrs, I was home within ten minutes and out in the garden sorting out our decking area. The phone went, Gadget telling me that a Hen Harrier was coming my way. I could see the gulls going nuts, but sadly missed the bird, two Common Buzzards providing minor compensation. I do have Hen Harrier on my "patch list" but only the one record - it is therefore, a fantastic sighting and I'm gutted at missing this bird. It appears to have passed by, away to the east, hidden from my view by the rooftops of Prestege Avenue? 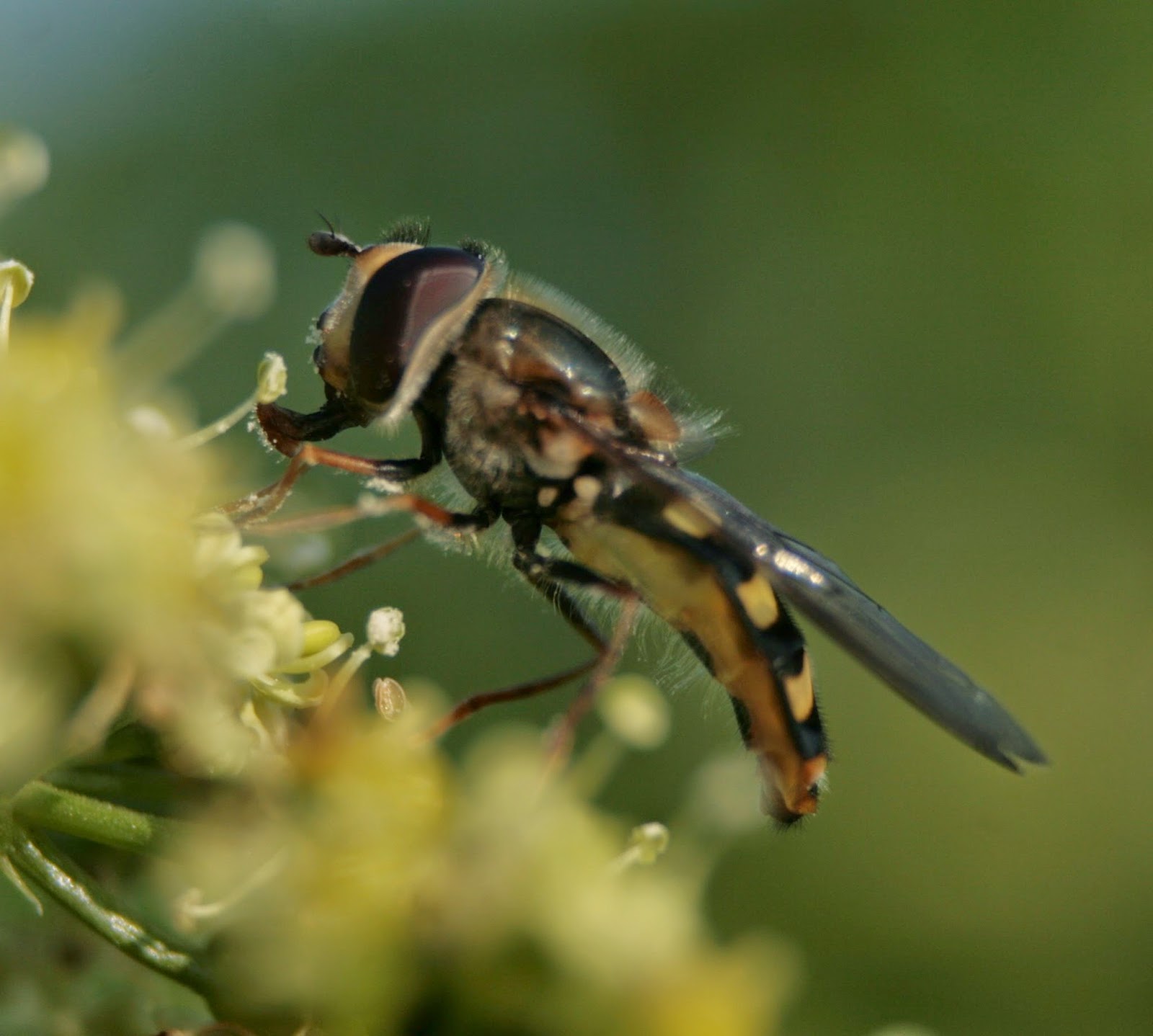 I spent a couple of hours in the garden, getting quite a bit done, before deciding to take a walk around the farm, the weather being that good. I took my bins and my camera, fitted with the 18 - 55 mm lens with a 14 mm extension tube. It was always going to be about inverts - I'd seen my first Tawny Mining Bee, of 2015, as I came home. Although there was a chill to the NE breeze, the afternoon sun was very pleasant in the lea of the hedgerows and insect life was plentiful. I saw my first Swallow of the year and a Chiffchaff was singing from the bushes around the "White House" - Spring has definitely sprung!
By deliberately fitting the extension tubes to my camera, I am forced to seek subjects which lend themselves to macro photographic techniques. Today it was a pleasure; of course it would have been nice to get a shot of the Swallow or Chiffchaff - both were well within range of my "big lens" - but it wasn't why I was out on the farm. 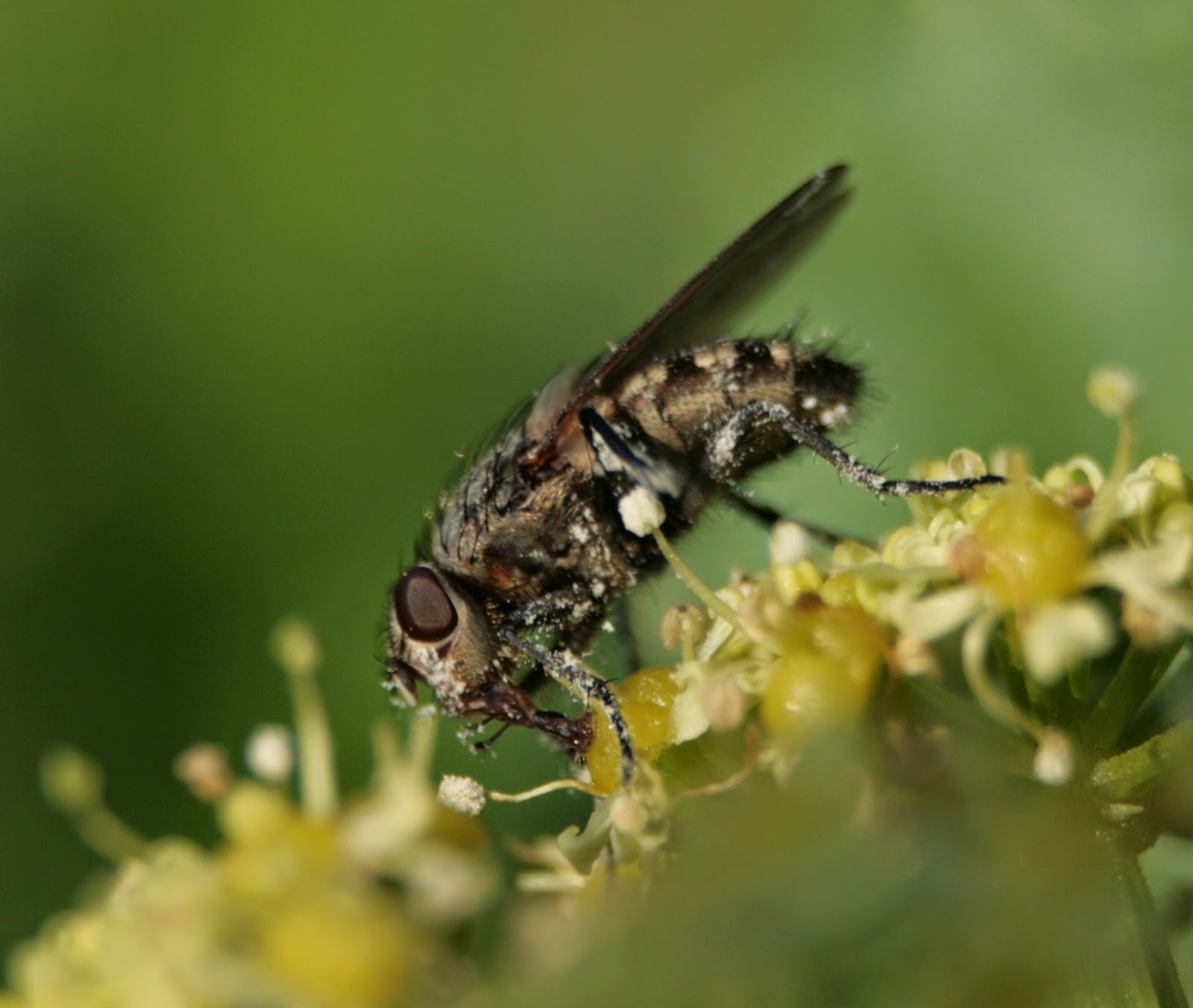 I derive immense pleasure from macro photography - I'm not particularly good at it, but that is not going to stop me having fun. I suppose I was out for 90 minutes - I took 87 images. Hoverflies were the most numerous subjects, my guess that at least five species were on the wing. I did see another Tawny Mining Bee, but it didn't want to play. However, there were two insects which were completely new to me, one was a fly sp, which was feeding on an umbelifer, the other was 10-spotted Ladybird. Just by forcing myself to look in this fashion has produced two new encounters for me. So what if I missed a Hen Harrier, as great as that record is, I've seen loads of them during my life - those two insects are the first examples, of their kind, that I've ever knowingly set eyes upon.